If you can’t judge a book by its cover, then perhaps you also can’t judge a reality television show by its terribly packaged promotional spots.

“The Bachelor” franchise’s latest offering, “The Bachelor Presents: Listen To Your Heart,” seemed at first glance to be … let’s just say it: terrible. Twenty-something single, hot singers, none of whom have appeared on other “Bachelor” shows, are put in a mansion and told to find love ― and musical partnership. All of the promos were framed around unself-aware comparisons to “A Star Is Born,” and in the pre-COVID-19 era, many Bachelor Nation superfans had planned to skip the new show altogether.

But then stay-at-home orders hit, “The Bachelorette” filming was delayed, “Bachelor Summer Games” was canceled, and those of us who are lucky enough to be able to work remotely and practice social distancing needed things to watch. So HuffPost reporters and hosts of “Here To Make Friends In Quarantine,” Leigh Blickley and Emma Gray, decided to give the new show a try ― and found themselves pleasantly surprised.

In this piece, they break down what you need to know before diving into “Listen To Your Heart.” 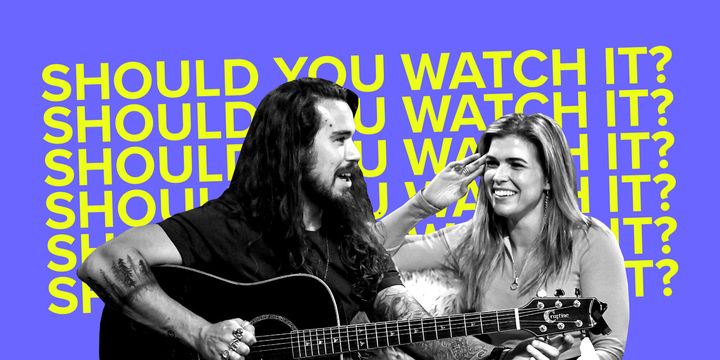 We were quick to judge the latest spinoff in “The Bachelor” universe, but it just might be the dating show you need right now.

Leigh Blickley: We’re big fans of “The Bachelor” over here, Emma, that’s no surprise. But when it came to the promos for “The Bachelor Presents: Listen To Your Heart,” I was skeptical. The whole “it’s inspired by ‘A Star Is Born’” tagline just seemed off (considering the movie not only details musicians falling in love but substance abuse and suicide). I decided that, after Pilot Pete’s whirlwind season of “The Bachelor,” I was going to give myself a well-deserved Bach Nation break. Then, we were all sent home to quarantine.

So, with not much else to watch, I ended up DVR’ing the debut episode and, boy, was I wrong about this spinoff! It’s actually … wildly entertaining?

Emma Gray: Leigh, you are spot-on. I truly think that the real winner of mandatory quarantine life is “The Bachelor Presents: Listen To Your Heart.” Despite the clunky name and even worse marketing, I found myself really charmed by the new show ― possibly in part because I am spending so much time alone and I am desperate for new content to fill that alone time? But for real, “Listen To Your Heart” takes some structural cues and tropes from “The Bachelor” ― rose ceremonies, a communal mansion, date cards, a hit-you-over-the-head-with-it focus on finding true love ― and then adds 20 very musically inclined singles to the mix. It’s like a Jed Wyatt fever dream if Jed had a personality or talent.

What do you think of the casting? I know we both felt that it in some ways stuck to the classic “Bachelor”-style casting (lots of thin, white, conventionally attractive people), but still managed to give us at least a tad bit more edge than we are used to.

LB: Absolutely. There’s Trevor and Jamie, who very much feel like they were made for this franchise ― Trevor is an “American Idol” alum who knows how to play the reality TV game, and Jamie is a 21-year-old who wants to avoid the drama, but also cause the drama? What a delight. Then, we have a handful of other contestants who break the typical “Bachelor” contestant mold: long-haired, jewelry-wearing, soulful songwriter Sheridan and don’t-take-no-crap-from-any-man future R&B-pop icon Rudi. Also, seven contestants are in their 30s! Truly groundbreaking.

And, thankfully, it seems the diversity of the cast has improved. Do you agree?

EG: Yes. I would have loved to see some more body diversity and racial diversity (though it’s decent for “Bachelor” world … sigh), but baby steps, I suppose. I was really glad to see the Black men in the cast (Chris and Gabe) be truly presented as objects of desire, and, at least from initial indicators, it seems like Chris is on track to form a really solid relationship with Bri and make it far in the competition. We’re used to seeing the men of color get kicked off early, so I’m really hoping that “LTYH” will not fall into that same trap. I also think that adding in the talent element gives the contestants something to judge each other on initially that isn’t just “do I like your face and want to get in the hot tub with you?” ― though there is plenty of that, of course.

And it may sound silly, but because none of the contestants were influencers of any kind before (only two of them had real followings on social media), there are fewer of those Instagram face indicators that have become so ubiquitous on reality television. It’s a subtle change, but as someone who closely watches “Bachelor” shows, I found it notable.

LB: I can get on board with that. I mean, these people are all beautiful, there’s no denying that, but it’s nice to be able to tell them apart!

Something else I like about the cast is that although they’re all musicians, each of them has their own vibe. They’re not all just strumming a guitar and belting out love songs about being your Mr. Right… girl. Some of them play piano, others have a background in musical theater, and yes, a few have been testing their luck down in Nashville. But because they’re all different, it makes for interesting connections and impressive duets.

What are your thoughts on the singing aspect of the show? The dates will seemingly be music-based, another nice addition.

EG: Hmm. There are certainly some differences in musical style, but I didn’t feel like the range was that great. I found it interesting that they all insist on referring to each other as “musicians,” but the vast majority of them are primarily singers. That’s not a knock ― talented singers! with gorgeous voices! ― but outside of Chris playing piano and Gabe playing cello in his intro package, singing is really what is being showcased on the show. And there still is quite a bit of guitar strumming, mostly from Trevor.

I do like the musical dates far more than I thought I would. They definitely run the risk of being uber-cheesy ― and perhaps a little too John Mayer-heavy? ― but because the cast is actually talented, it’s pleasant. And it means we are forced to listen to fewer bad metaphors about “reaching new heights” as couples, like, scale a building.

Let’s get into the structure a bit. I’m obsessed with the “LTYH” mansion and the fact that they are all living together. But I don’t quite yet get how the field is going to be whittled down outside of this first episode? 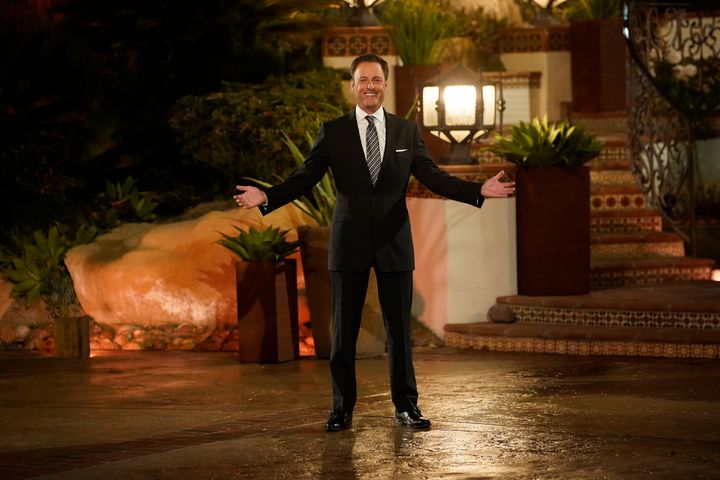 LB: So the first rose ceremony mimicked what happens on “Bachelor In Paradise” ― since there were initially more guys in the house than girls (12 versus eight), the women got to hand out roses to their top picks and the remaining men were sent packing. But it’s unclear whether new contestants will enter the house each week to stir things up, like what happens on “Paradise.” If that’s the case, things will surely get complicated. But, presumably, the second episode will see the men handing out the roses.

Have you heard anything otherwise?

EG: It seems like at a certain point the couples will stay static and it will lean more heavily into the singing competition aspect. But beyond that, I guess we’re just going to have watch and see.

I do also wonder how this show will fit into the larger “Bachelor” universe. As we’ve seen, there’s a real ecosystem that has been built, where cast members from “The Bachelor” and “The Bachelorette” feed into shows like “Winter” or “Summer Games,” “Bachelor Pad” (RIP) and “Bachelor In Paradise.” Will “LTYH” cast members start mingling with the rest of Bachelor Nation? Will they pop up on the beach in “Paradise”? Will they head to Stagecoach? (Once we can, ya know, be in proximity to other humans, of course.)

LB: Let’s hope so? Host Chris Harrison did say he can see “the worlds colliding” in an interview with Refinery29. And although it feels like “Paradise” might not happen this summer as planned, there are always future opportunities for contestants to find love within the franchise. Maybe even Clare Crawley requested a certain singer-songwriter?

EG: I’m down for all the crossovers! In this era of quarantine, please just inject new reality television straight into my veins. The limit of trash I can consume truly does not exist.

LB: Is Netflix’s “Too Hot To Handle” is on your watchlist, Emma?

EG: DUH. As though I have anything better to do with my time?!

So, Should You Watch It?

LB: If you’re a “Bachelor” fanatic who was taking a hard pass on “LTYH,” maybe reconsider. Desperate times call for desperate decisions.

EG: If you enjoy reality dating TV and can appreciate a soulful John Mayer cover, you’ll eat this quarantine candy right up.