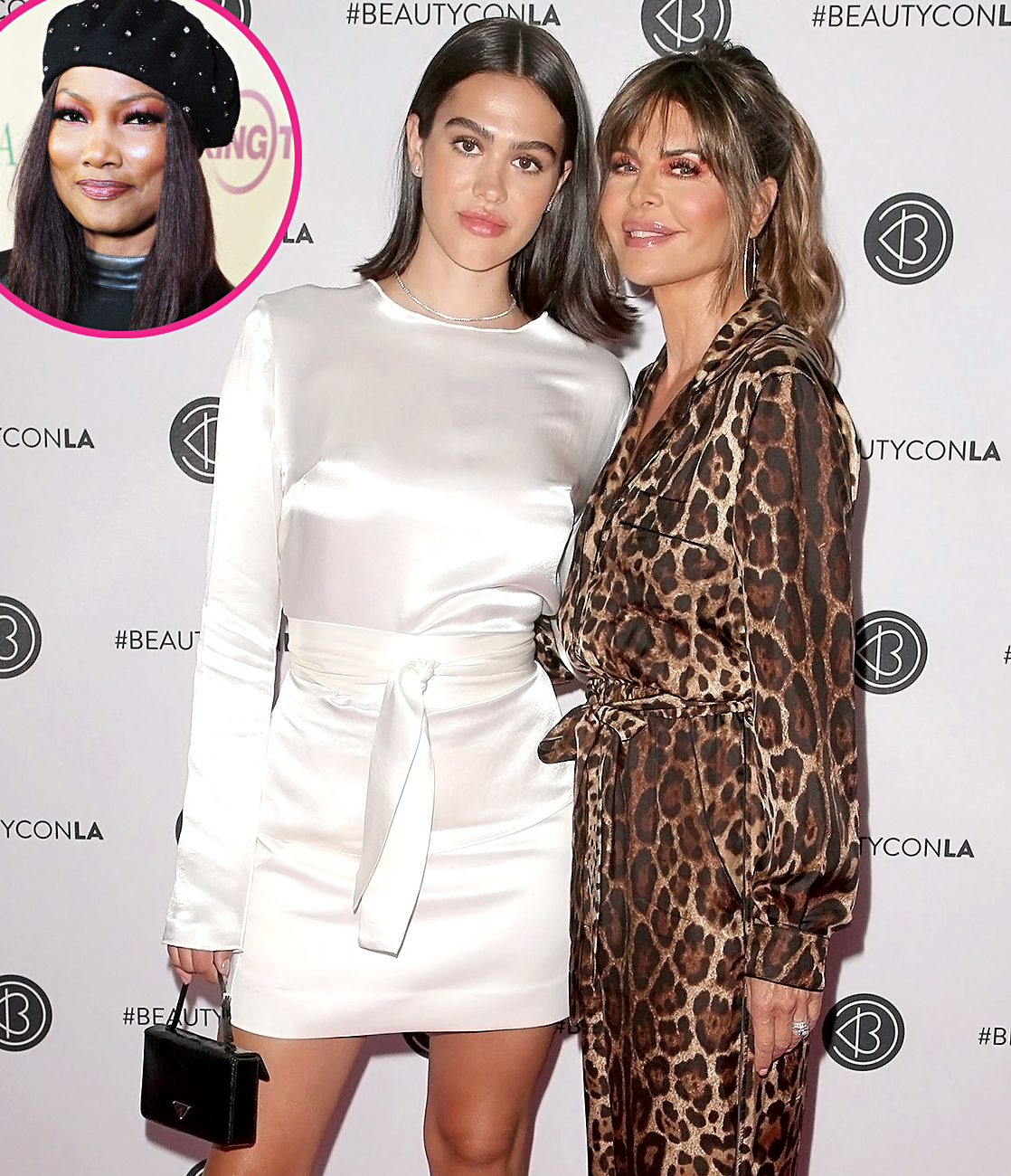 Their turn to speak. Lisa Rinna and her daughter Amelia Gray Hamlin had different takes on how to handle Garcelle Beauvais’ comments about the 19-year-old’s past eating disorder battle.

The model, on the other hand, took the opportunity to teach Garcelle, 53, a lesson in the comments section. “My question is why would your dancing videos make me ‘feel bad’????” she replied. “Who was she trying to body shame?? Am I fat? Why would that make me sad????? Body shaming is real. And not okay. You can call my mom too skinny or me too skinny but if we called you too big???? Hunny it’s the same thing.”

The controversy began during the August 5 episode of The Real Housewives of Beverly Hills when Garcelle criticized Lisa’s dance videos on Instagram. “I love that Lisa’s free enough to do the videos and be dancing, but the dancing nearly naked is not a choice for me if I had a daughter that had body issues,” the Jamie Foxx Show alum said in a confessional.

Real Housewives’ Kids, Then And Now

Amelia — Lisa and husband Harry Hamlin are also parents of 22-year-old daughter Delilah Belle Hamlin — opened up about her struggle with anorexia in 2018.

Garcelle confronted the Days of Our Lives alum during the Wednesday, August 12, episode. “We took a dance class and we sat on the floor afterward, just talking about our kids, and I asked you, ‘Do you think that your body image affected your daughter in any way?’” the Spider-Man: Homecoming actress recalled. “I don’t even have a daughter … [but] dancing on Instagram in a bathing suit or underwear?”

Inside the Dramatic ‘RHOBH’ Season 10 Reunion

Lisa, in turn, shot down the insinuation. “I actually don’t think that is what caused Amelia’s anorexia,” she said. “People are going to judge all of us as mothers.”

Garcelle denied “judging” her costar, but Lisa fired back. “Why would you even ask me that question?” she noted. “What I can say, Garcelle — is I am so proud of her for coming out the way she has in a public forum and talked about it.”

The NYPD Blue alum then declared she was “proud” of Lisa’s parenting, but her castmate refused to accept the compliment.

If you or someone you know is struggling with an eating disorder, contact the National Eating Disorders Association at (800) 931-2237.

The Real Housewives of Beverly Hills airs on Bravo Wednesdays at 9 p.m. ET.