MOHAMED ELYOUNOUSSI netted a brilliant double as Lille battled back from two goals down against Celtic.

The odds were firmly stacked against the Scottish champions getting any kind of result against big-spending opponents Lille following a dire week. 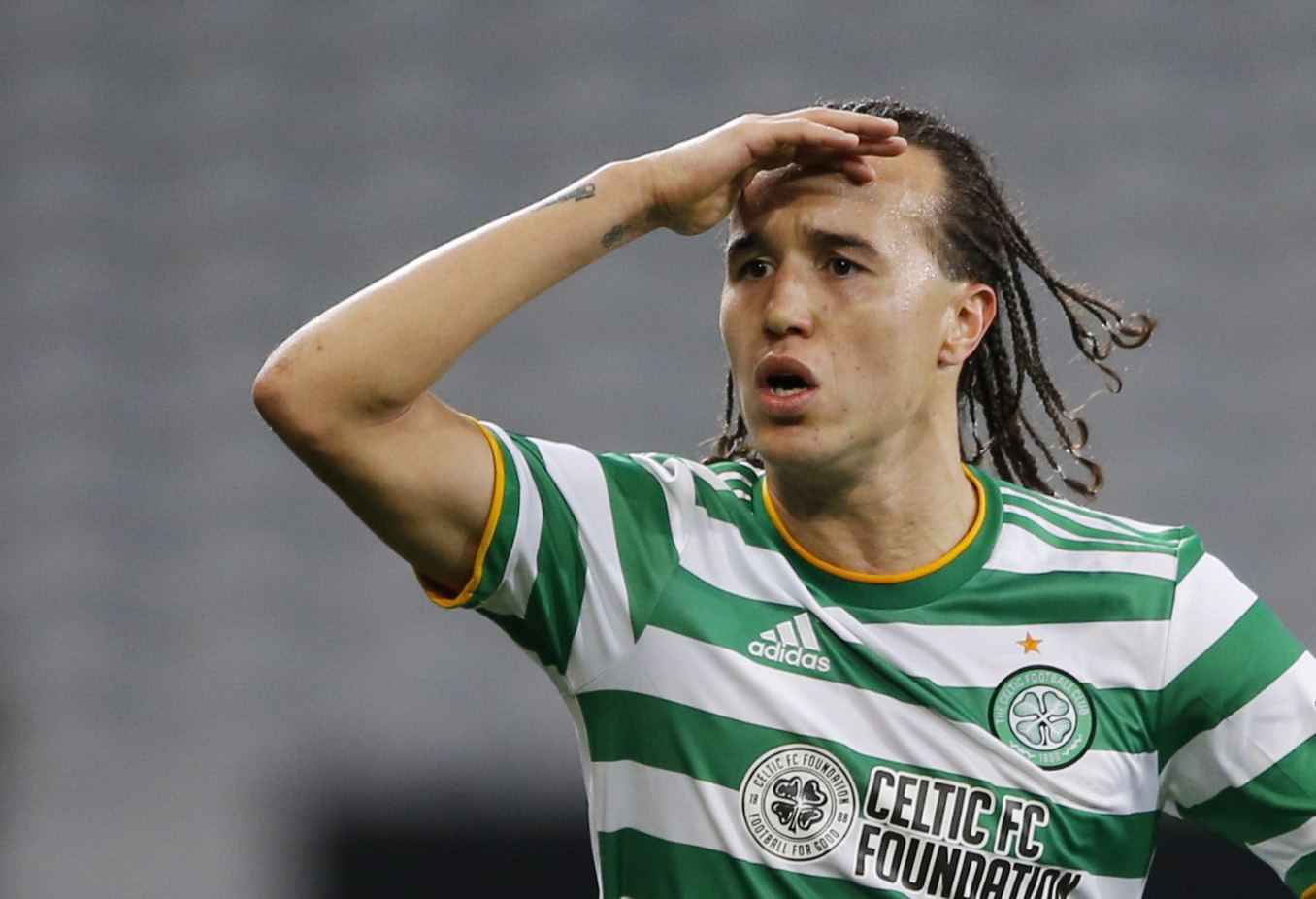 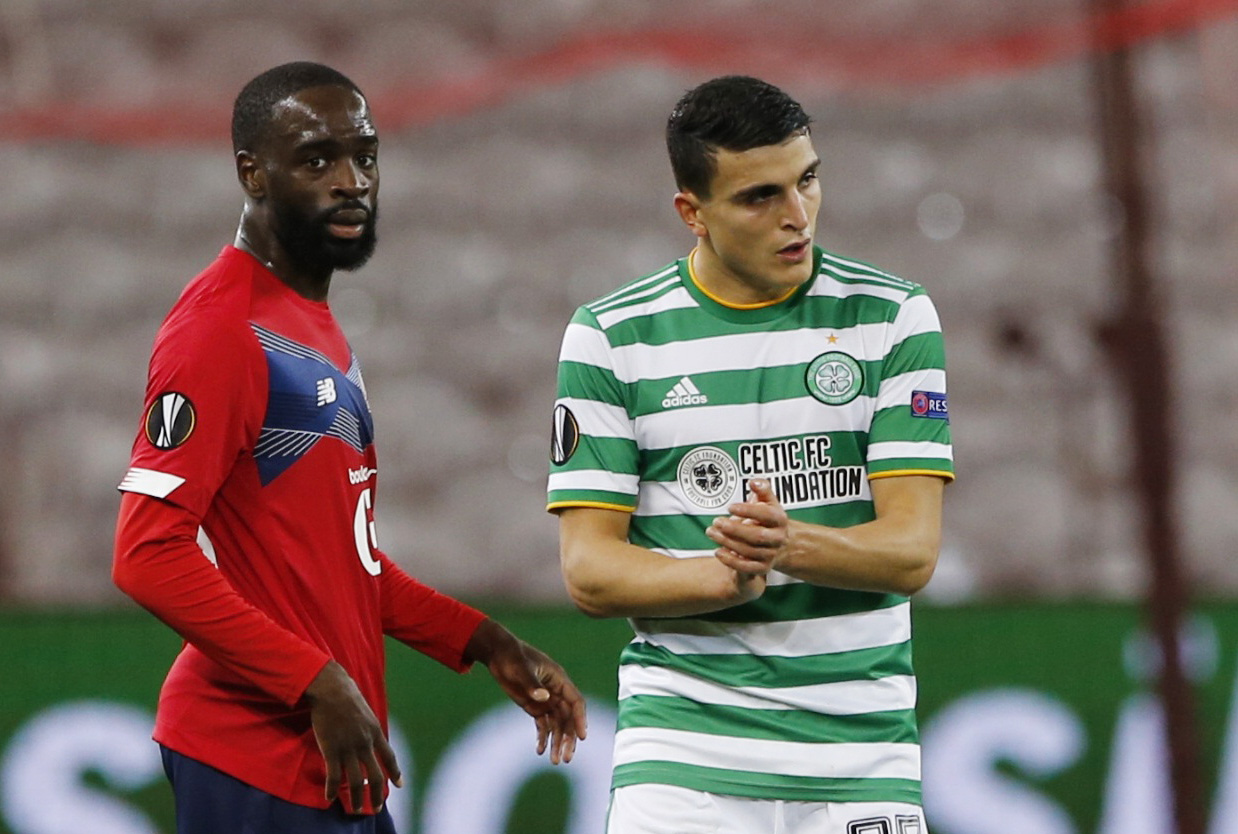 The Hoops could have walked away from the Stade Pierre Mauroy with all three points after storming into a sensational 2-0 first-half lead.

But the hosts managed to turn the game on its head with a magnificent second-half comeback in France.

Celtic can be proud of their performance against a team joint top of Ligue 1 with PSG but will be disappointed not to have held on to a famous victory.

Under-fire boss Neil Lennon made just one change to his team from the weekend's goal fest at Pittodrie – with skipper Scott Brown replacing Tom Rogic in the engine room.

Scott Bain kept his place between the sticks and the Scotland squad man repaid Lennon's faith in him with a brilliant penalty save to deny £27million striker Jonathan David his first goal for Lille.

Lille rested Turkish striker Burak Yilmaz and Portugal midfielder Renato Sanches as the French side made five changes from Sunday's stalemate with Nice.

Celtic – who looked far more organised with four at the back – started positively with some early possession.

The hosts then started to find their feet in the game as Bain pulled off a fine one-handed save to prevent Boubakary Soumare breaking the deadlock.

Swiss hitman Albian Ajeti had the ball in the net for Celtic just before the 20 minute mark but he strayed offside from Elyounoussi's pass.

Ajeti vented his frustrations minutes later as he blazed a guilt-edged opportunity over the bar from just seven yards out after yet more clever play from Elyounoussi.

Elyounoussi was at the heart of every attack for the visitors – and soon opened the scoring with a moment of brilliance.

The Norway international glided inside from the left before curling an exquisite effort beyond rooted keeper Mike Maignan.

It was no more than Celtic deserved – and five minutes later the on-loan Southampton star found the net again.

Jeremie Frimpong drilled a low cross into the box and Elyounoussi kept his composure to finish first-time into the far corner.

As half-time neared, Lille were handed a controversial penalty after a clumsy tackle from Duffy on David, which appeared to be outside the box. 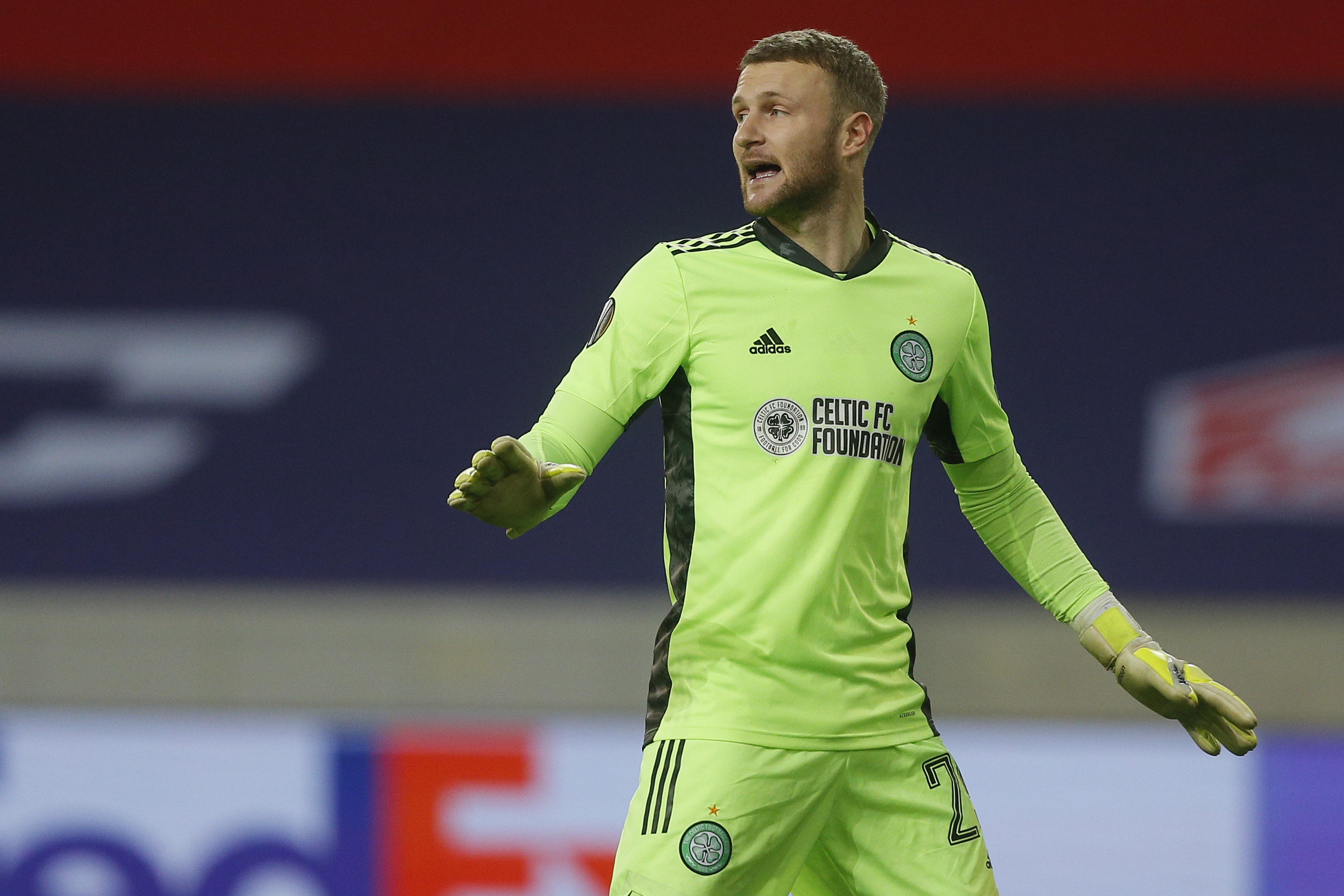 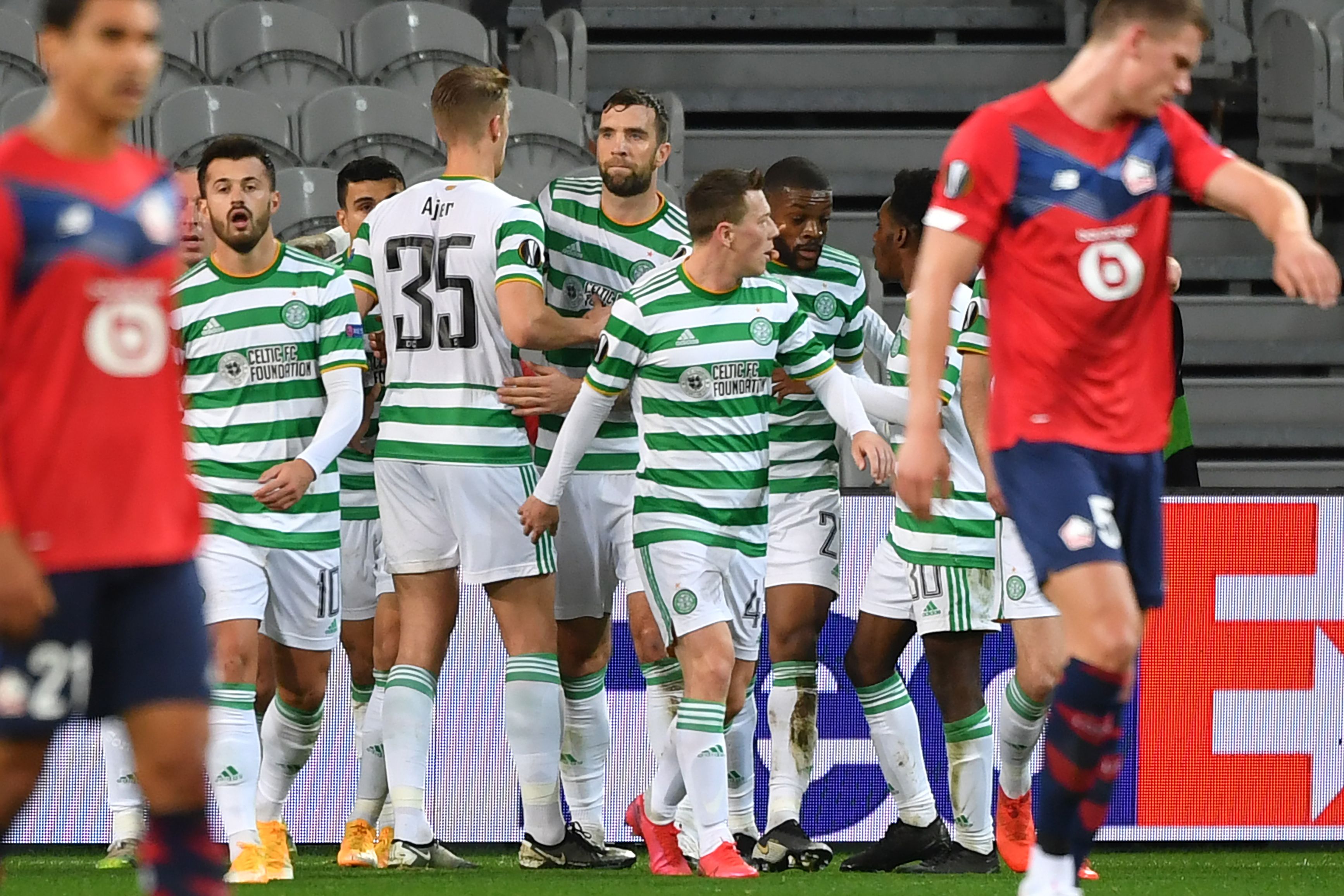 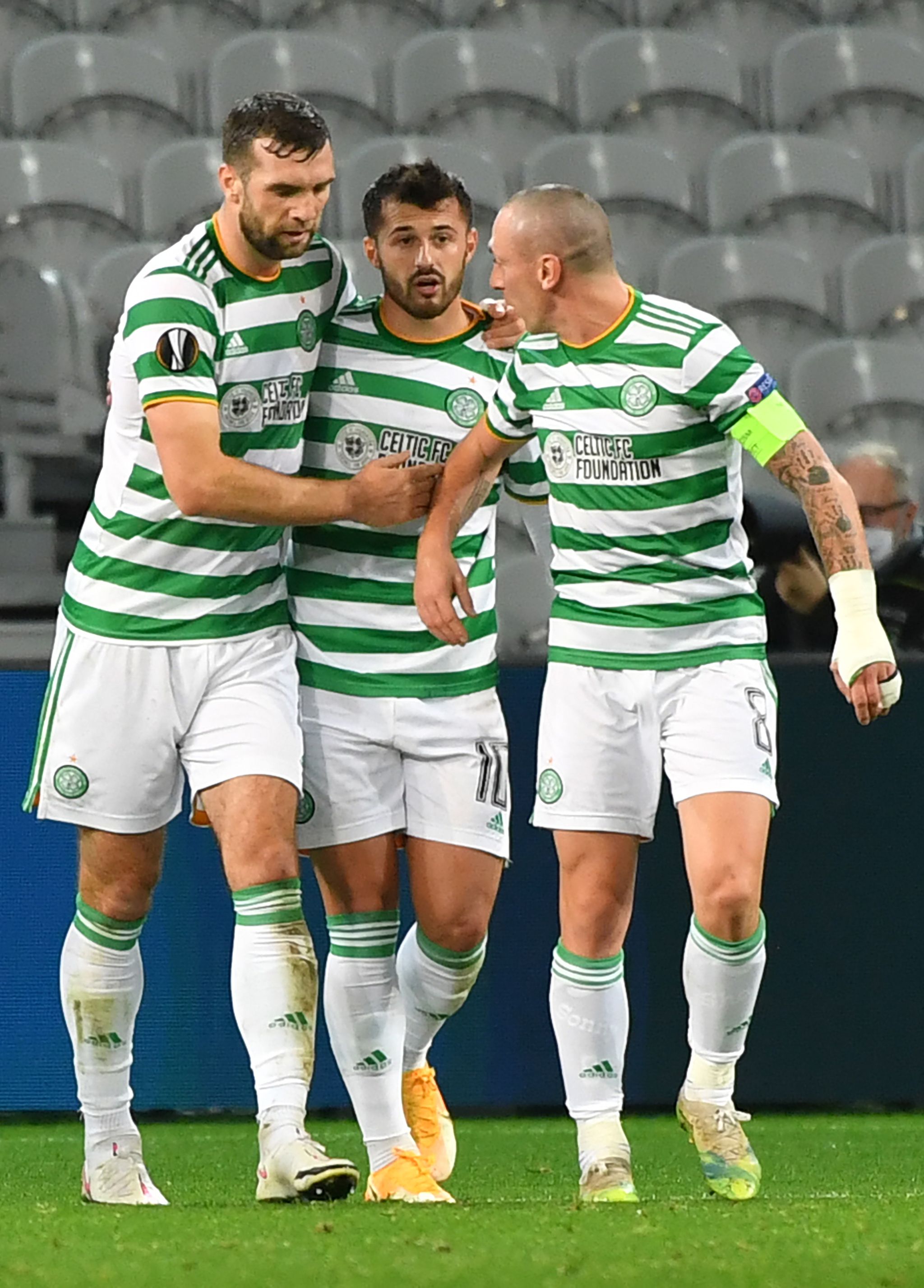 Canadian hitman David stepped up hoping to break his goal duck, but his strike down the middle was blocked by the feet of Bain.

It was a huge relief for Irish stopper Duffy, who has looked out of sorts in a green and white jersey.

Bain could have went from hero to zero moments later though after spilling a Lille free-kick.

The ball fell to Sven Botman but the Dutch defender crashed his shot off the crossbar in a huge slice of luck for Bain.

Celtic would have been relieved to have heard the half-time whistle as they went into the break with a two goal advantage.

However, they suffered a setback early in the second-half after Kris Ajer was forced off injured. 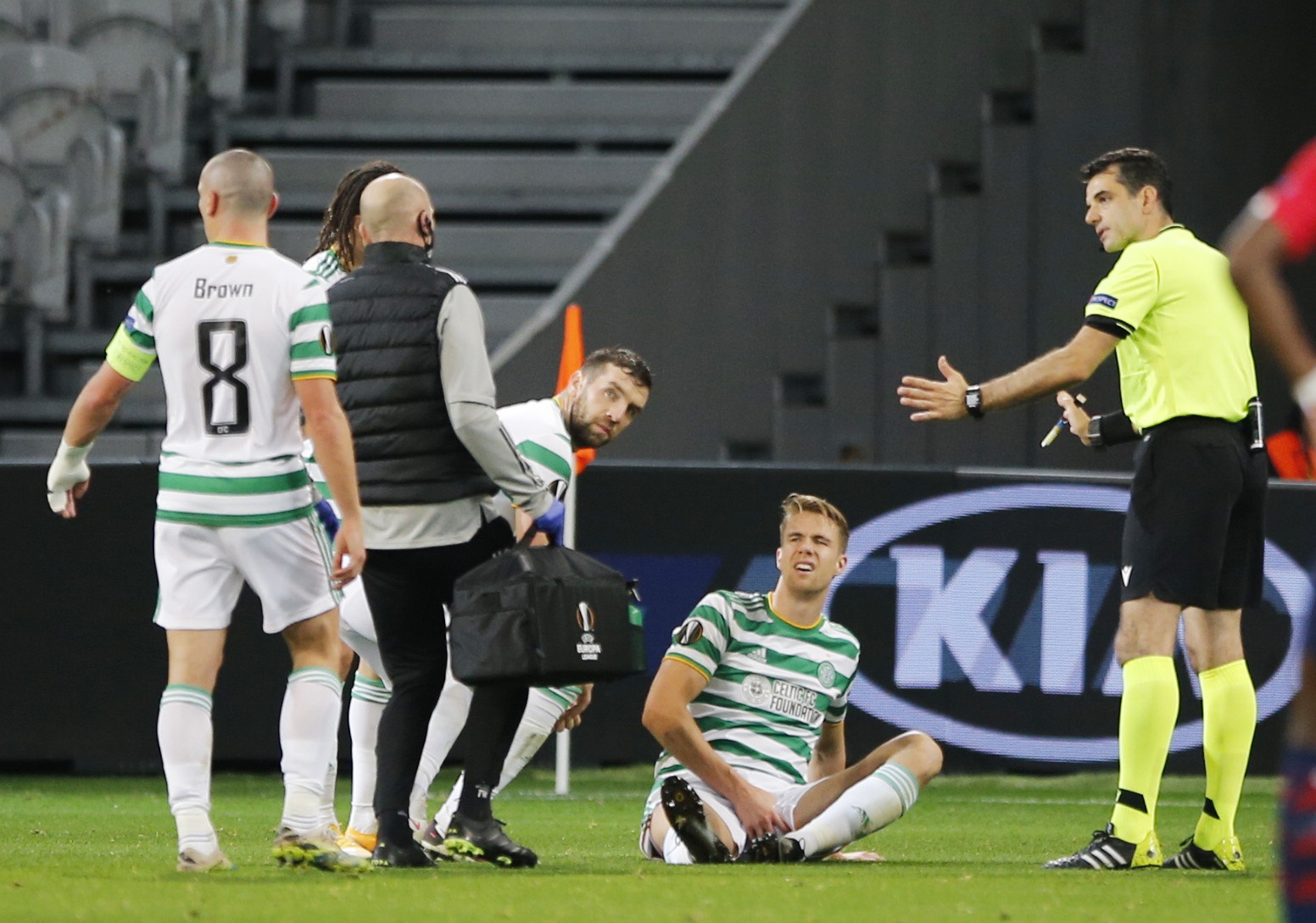 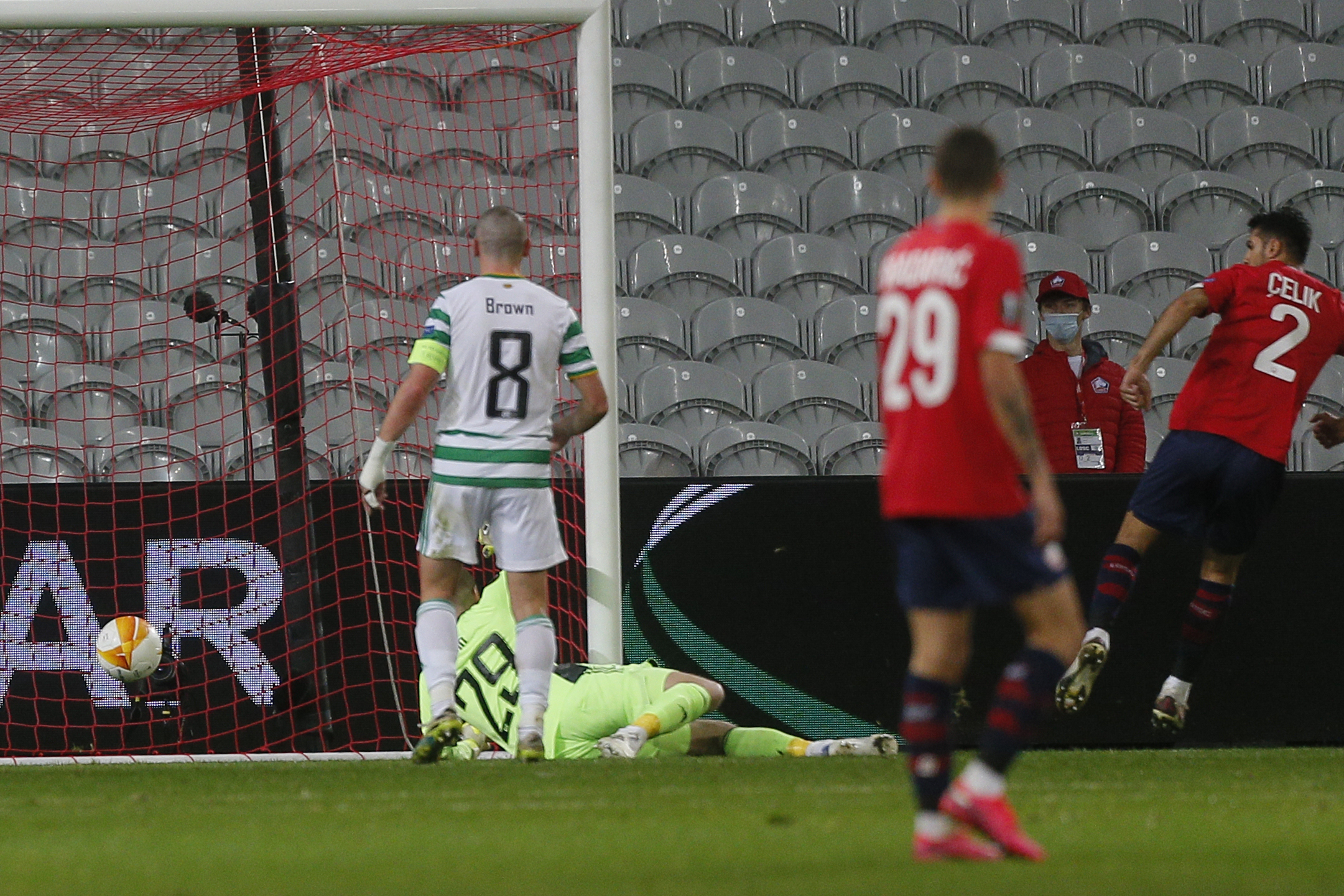 The centre-back looked in real discomfort as he clutched his groin and was replaced by versatile Israeli Nir Bitton on 53 minutes.

Celtic had to cope with an onslaught as Lille piled on the pressure.

Lennon's side were pinned inside their own half for large spells as they struggled to get a grip of the game.

Lille threw on star duo Yilmaz and Sanches as they chased a crucial goal, with penalty sinner David making way.

Odsonne Edouard replaced Ajeti as the French hitman made his comeback from Covid-19. 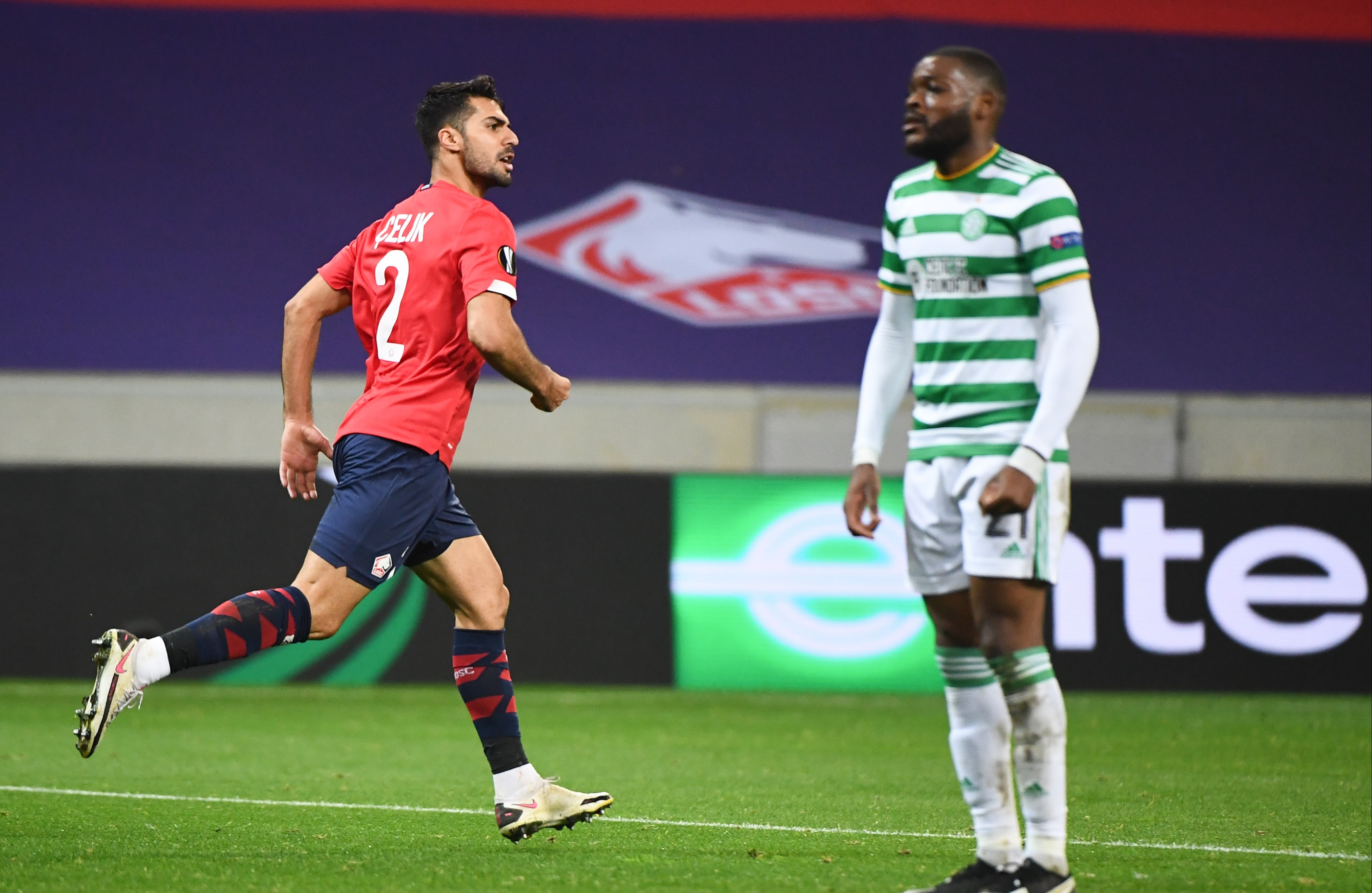 But Celts soon caved in to Lille's relentless pressure through Zeki Celik.

Christie lost the Turkish right-back at the back post as he stabbed the ball home from a corner on the 67th minute to reduce the deficit.

Celtic were hanging on by a thread and looked vulnerable following the loss of Ajer.

An equaliser was always coming – and it arrived through Jonathan Ikone.

The French forward scrambled the ball home following a stramash in the box as his strike deflected off Duffy and past Bain to get back on level terms.

It was backs against the wall for Celtic and a defeat would have been so cruel given their gallant efforts.

There were a couple of nervy moments as the clock ticked down.

But Lennon's energy-sapped team eventually managed to see the game through to earn a valuable point against unbeaten Lille.