One of the most iconic songs by the man “who fell to Earth” will blast out as the NASA Mars mission lands on the planet. A new version by chart star Yungblud has been chosen to soundtrack the historic moment. But what does the original song, written almost 50 years ago, really mean?

Life on Mars was written for the 1971 album Hunky Dory The song described a girl with “mousy brown hair” who is lost in a “sunken dream.”

At the time, Bowie said: “I think she finds herself disappointed with reality… that although she’s living in the doldrums of reality, she’s being told that there’s a far greater life somewhere, and she’s bitterly disappointed that she doesn’t have access to it.”

He later described her as an “anomic heroine” which means someone alienated, socially unstable, and distanced from their own society.

The lyrics are filled with strange references to Micky Mouse, sailors and Lenin even though they talk about life on another planet. 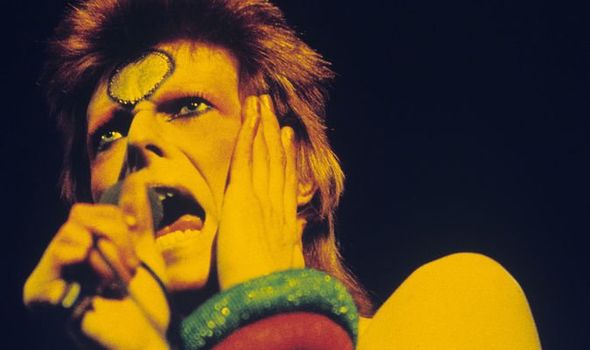 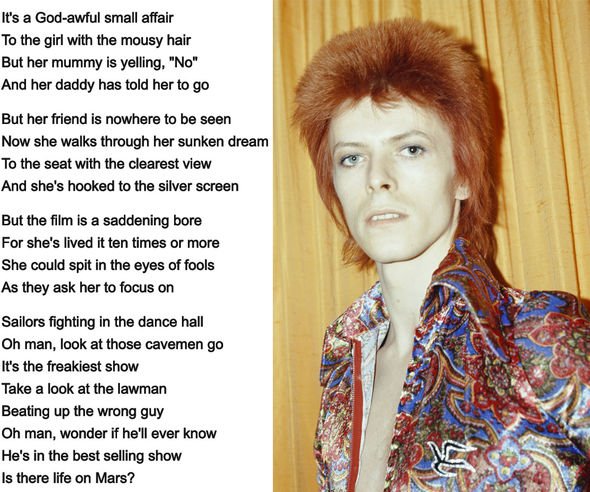 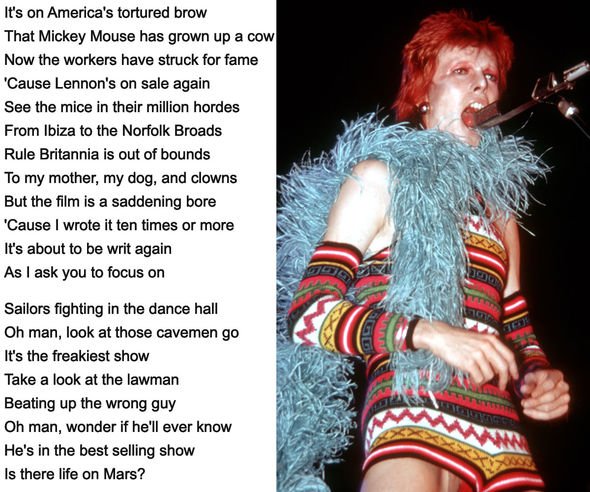 NASA’s Mars Perseverance probe is expected to land on the planet at 8.45pm tonight but scientists are unlikely to find anything that the mousy lass is daydreaming about.

The most political interpretations of the song see some of the most famous lines as an attack on Walt Disney.

The Micky Mouse lines and reference to “The workers have struck for fame” could refer to the Disney animators’ 1941 strike.

It tarnished the studio’s relationship with more left-wing and liberal media and is seen as the start of the company’s elevation of business over artistic expression.

The line “Look at those cavemen go” is a direct reference to the 1960 song Alley Oop, by American doo-wop band The Hollywood Argyles.

It contains the line “look at that caveman go” and was inspired by the 1930 cartoon-strip of the same name about a prehistoric kingdom.