When it comes to both swearing and style, Leah McSweeney’s a master.

The 37-year-old downtown fashion mogul has certainly made her mark on Season 12 of “The Real Housewives of New York,” often clashing with Ramona Singer over what behavior (and clothing) is “déclassé.” But when it comes to street cred, there’s no one who has more than the Chelsea-born newbie.

McSweeney created Married to the Mob in 2004, and recently relaunched her label — even collaborating with Ida Klamborn on a version of the mesh bucket hat that raised eyebrows in Singer’s Hamptons home. (The accessory sold out in 10 minutes.)

I teamed up with the woman behind the mesh bucket hat to create our very own @idaklamborn x @marriedtothemobny Dropping on 7/2, 5pm pst/8pm est for my text subscribers. A limited 100 available so text “tiki” into 900900 for early access. ❤️

While there’s a restock — and a secret new color — of the bucket hat coming this month, McSweeney is also looking forward to future opportunities to merge her “RHONY” life and her fashion line, though she’s still figuring out how to organically merge the two. 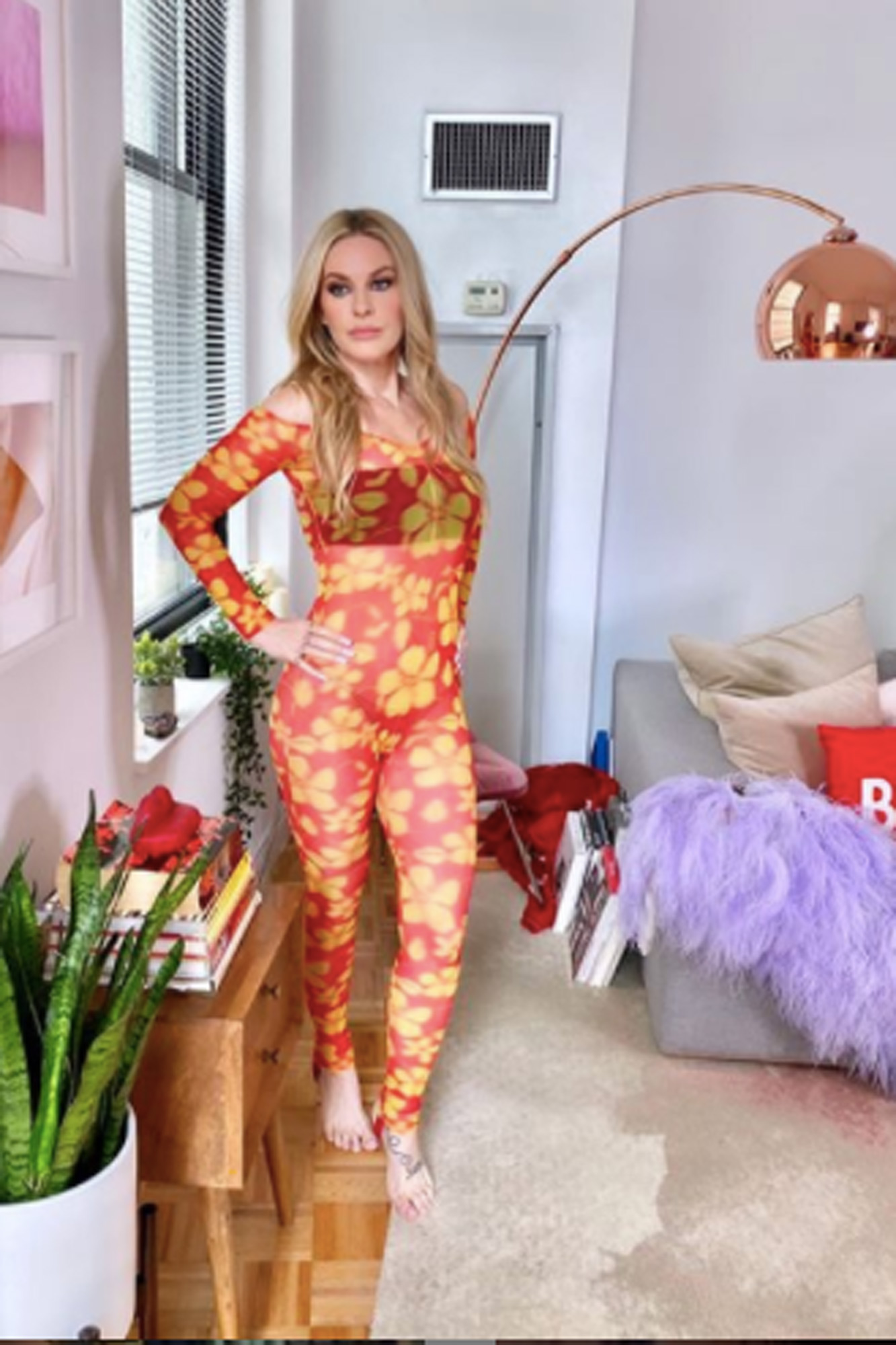 While some of her co-stars may laugh at her edgy looks by up-and-coming designers like Klamborn, Gabriela Ostolaza and Rxch, she says she’s enjoyed talking business with Sonja Morgan, who launched her own collection at Century 21 this season.

When it comes to growing her label as her star continues to rise, McSweeney also knows she can count on ex Rob Cristofaro, with whom she shares daughter Kier.

“Rob definitely influenced me in many ways, not even just to start the brand but especially early on; those early graphics were, like, me and him sitting at a computer together. That was so much of our relationship,” she told Page Six Style.

“Maybe not so much anymore, probably because we’re not together and I have so many more projects going on, but I do run everything by Rob and he runs everything by me.”

The star added, “I can’t even really imagine being in a relationship with a man that I can’t have that with … which is maybe why I’m single.”

While McSweeney credits Cristofaro with helping her launch her business, she also gained hands-on experience in the field after attending the Fashion Institute of Technology for just one month.

“It wasn’t supposed to be part of my path,” she says of college. “How I got into fashion was that I started assisting stylists, but then I quickly learned that that wasn’t for me either, because I had to deal with such monsters.”

After helping with a project involving Marcia Gay Harden in 2001 in which the stylist “treated [McSweeney] like Cinderella,” she tried her hand at Mass Appeal Magazine and working with “Sex and the City” costumer Rebecca Weinberg before starting Married to the Mob.

Now, the reality star is helping the next generation of fashion creatives, having partnered with the Parsons School of Design and Complex Magazine for a unique master class called Streetwear Essentials.

Together with Yellowbrick Company, they created a five-course program in which McSweeney and other high-profile designers offer industry advice. McSweeney will eventually choose a winner from the program to mentor — and possibly score a collaboration with Married to the Mob.

First lesson: Never put anyone else’s sensibility above your own.