KYLIAN MBAPPE has hinted his future could be with Paris St Germain after starring in the match against Angers.

The Frenchman, 22, was named the man of the match after scoring PSG's winner from the penalty spot in a 2-1 victory. 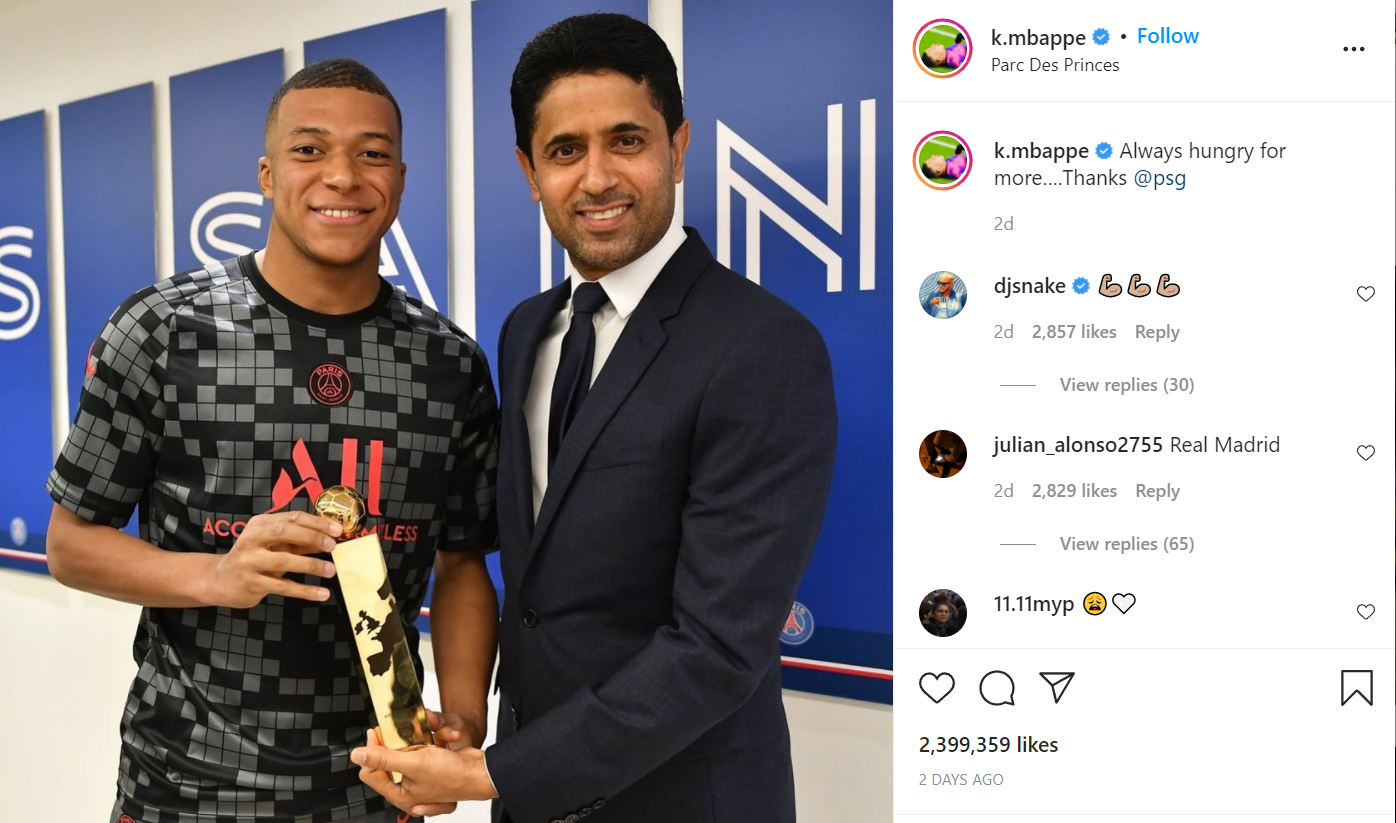 After the match he was presented with his award by club president Nasser Al-Khelaifi, with the pair posing for a photo.

Mbappe shared the photo on his Instagram page, captioning the post: "Always hungry for more. Thanks PSG."

The forward has 137 goals in 183 games for PSG and many medals to boast of – though he still has European silverware to add to his collection.

But Mbappe is clearly keen for more success, and will likely be targeting a Champions League win following some big signings last summer.

Much has been made of Mbappe's future beyond this season however, with his contract set to expire next year.

Real Madrid have long been linked and they made their interest a reality in the summer with several bids for Mbappe.

PSG reportedly rejected offers worth £137million and £145m – but Los Blancos could return.

Mbappe has also made no secret of his desire to play for Real Madrid one day.

And since he is in the last year of his contract, he now has the power to decide where he will play his football next season.