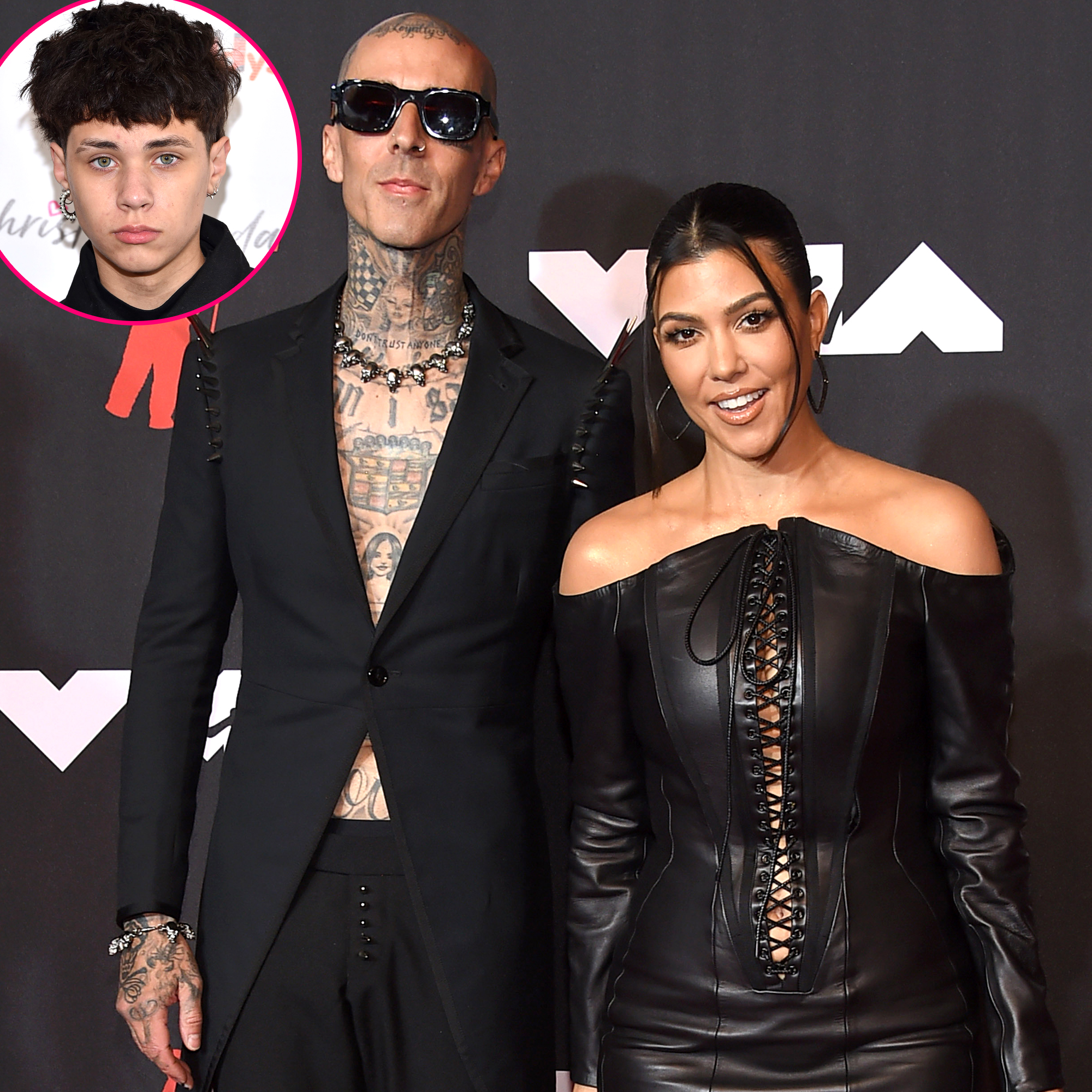 The Keeping Up With the Kardashians alum matched the teenager in a black coat and lace leggings, while her fiancé sported a checkered sweater. As for the preteen, Mason rocked gray pants patterned with black butterflies. 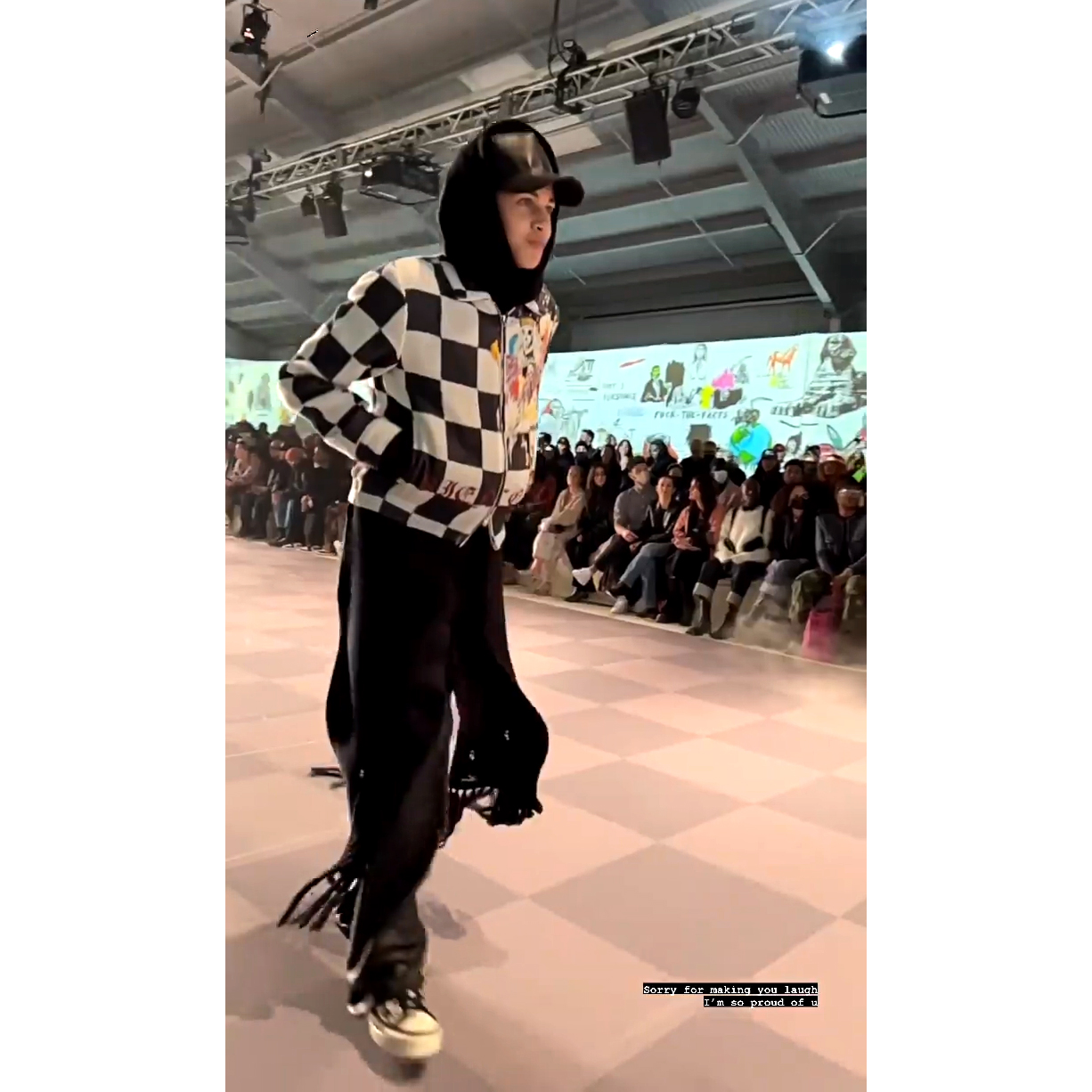 The Los Angeles native shared a video from the show via Instagram Stories, captioning the footage with a fire emoji and a black heart.

Kourtney Kardashian and Travis Barker Bond With Each Other’s Kids

Not only did Alabama post videos of Landon and his fellow models walking, but she went on to show their celebratory dessert as well.

Kardashian and Barker — and their children — were longtime friends before the duo began dating in 2020. The pair made their relationship public the following year and have been bonding with each other’s kids on social media since. (The reality star shares Mason, Penelope, 9, and Reign, 7, with ex Scott Disick, while the drummer is still close with his ex-wife Shanna Moakler’s 22-year-old daughter, Atiana.)

Barker proposed to Kardashian in October 2021. That same month, a source exclusively told Us Weekly about the couple’s future family plans.

“They will have a baby together without any doubt, it’s just a matter of when and how,” the insider said at the time. “Ideally, Kourtney would like a natural birth. She’s confident it won’t be a problem because she’s always been lucky to conceive naturally and has taken great care of herself physically. … Certainly though, she and Travis want to bring their own child into the picture, and if she can’t conceive, they’ll look at other alternatives.”

The source went on to tell Us what a “wonderful dad” Barker is to his children, adding, “He’s been so kind and gracious to her and Scott’s kids too.”

The Grammy nominee even bought a personalized pink drum set for Penelope in July 2021 for her 9th birthday.

“[I’m] like, ‘Oh, do you want to learn to play something?’” Barker told Nylon at the time. “And she’s always bright-eyed and like, ‘Yes, like I’m so excited to learn how to play.’ So she caught on really quick, like super quick. Not weekly, like, ‘OK, Penelope, we have to do lessons today.’ But when she wants to learn then, or learn something new, I like being there to fill that little space, that creative space in her head. I think next, she’s just going to record something at the studio.”