Fans of the Canadian sitcom “Kim’s Convenience” were saddened to learn earlier this year that the show’s next season would be its last, even though the series was supposedly renewed for two more seasons in 2020. One of the series’ stars, Simu Liu, wrote candidly this week about the circumstances of the show’s abrupt cancellation and a lack of behind-the-camera representation.

In a lengthy Facebook post Wednesday, the day the fifth and final season premiered on Netflix, Liu said the show’s producers were “overwhelmingly white,” the writing staff “lacked both East Asian and female representation” and that series creator Ins Choi was the only writer of Korean descent. Liu also claimed Choi did not do enough to train and mentor others to take the reins after his departure.

“Kim’s Convenience” has garnered widespread praise, particularly from Asian viewers, for the ways it incorporates the characters’ identity in culturally specific ways — without making it the main plot point or perpetuating tired tropes. The CBC sitcom, which is available on Netflix in the U.S., centers the Kims, a Korean Canadian family in Toronto: convenience store owners Mr. and Mrs. Kim (Paul Sun-Hyung Lee and Jean Yoon) and their adult children, Jung (Liu), a manager at a rental car company, and Janet (Andrea Bang), a photography student.

A representative for Choi did not immediately respond to a request for comment Thursday. 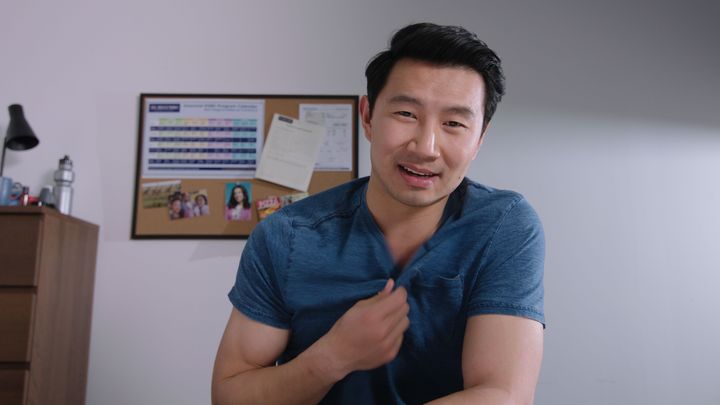 Liu said the series was canceled because Choi and co-creator Kevin White left; the production company that owns the rights to “Kim’s Convenience” decided not to continue making episodes, even though the series had been renewed for a sixth season. A representative for the CBC declined to comment and directed HuffPost to the original announcement of the show’s final season. The production company, Thunderbird Entertainment, did not immediately respond to a request for comment.

The actor went on to criticize Choi and White’s decision to develop a spinoff for Shannon (Nicole Power), Jung’s love interest and the only non-Asian major character on the show.

“I love and am proud of Nicole, and I want the show to succeed for her,” he wrote. “But I remain resentful of all of the circumstances that led to the one non-Asian character getting her own show. And not that they would ever ask, but I will adamantly refuse to reprise my role in any capacity.”

Liu, who is about to star in Marvel’s “Shang-Chi,” also said he and his “Kim’s Convenience” cast mates were paid “absolute horsepoop,” even after the show grew in popularity.

The actor said he now realizes that he and his cast mates “were deliberately being pitted against each other,” and “never banded together and demanded more – probably because we were told to be grateful to even be there, and because we were so scared to rock the boat.” It’s a common mentality that disempowers many people of color in industries where they’re underrepresented.

He contrasted their situation with that of the cast of “Schitt’s Creek,” which similarly began as a CBC production and then became more widely available on Netflix. Unlike “Kim’s Convenience,” “Schitt’s Creek” “had ‘brand-name talent’ with American agents,” Liu wrote. “Schitt’s Creek” went on to win major awards, including sweeping last year’s Emmys.

Liu also expressed disappointment at how he and his fellow actors were not given opportunities to become more involved in the show’s creative direction. Liu wrote that he frequently suggested ways to give Jung more character development and said he wanted to learn how to become a director or writer. “Those doors were never opened to us in any meaningful way,” he wrote.

“I’m so incredibly saddened that we will never get to watch these characters grow. That we will never see Jung and Appa reuniting. That we will never watch the Kim’s deal with Umma’s MS, or Janet’s journey of her own self-discovery,” he wrote. “But I am still touched by the volume and the voracity of our fans (Kimbits…still hands-down the best fandom name EVER), and I still believe in what the show once stood for; a shining example of what can happen when the gates come down and minorities are given a chance to shine.”