I had the same morning routine for years – as soon as I woke, I typed the name of the man who raped me into Google.

It may sound strange to you but, although Brian Catling had been exonerated by a Leeds Crown Court jury in 1988, I knew he would offend again.

The violence with which he had attacked me was not a one off. I was convinced I wasn’t the first or the last of his victims.

Turned out three young girls had suffered sexual abuse at his vile hands – he was accused of raping two of them, one aged as young as 11.

Sadly, it did not surprise me. I knew what that monster was capable of.

I met Brian Catling in 1987, then 25, shortly after the birth of my son. I’d split with my boy’s father and I was having a bad time.

Lonely and struggling for money, I used to sew clothes to earn a bit of cash. I knew his wife and, one day, Catling came to my house under the pretence of ordering a jacket.

But after a few drinks, he made a move – started kissing me. I regretted it and I told him I wanted nothing to do with him because he was married.

Soon though, Brian and his wife separated. We began a relationship – I enjoyed the attention and Brian was nice; he had three kids himself and seemed a good dad.

The relationship wasn’t serious, it fizzled out quickly, we were amicable, and he got back together with his wife eventually.

Then, over bank holiday weekend in August 1988, we met and ended up sleeping together. After, I firmly told him it was a mistake – I wasn’t interested in him any more.

But the following night, I was woken by hammering on my front door. Before I could answer, there was a crash and I found Brian had climbed into my kitchen through a small open window.

Brian was acting oddly and I felt immediately scared. He refused to leave, and grew very aggressive.

He pushed me hard and smashed some plates. I tried fighting back, hitting him with my umbrella, but it wasn’t enough – at 6ft he towered over my 5ft 4in frame.

My son started crying so I ran upstairs to him – and Brian followed. I was powerless as he shoved me, bit my nose and clasped his hands around my neck, before raping me.

I was stunned by the violence – this was not the kind man I had known. The attack lasted around three hours and I eventually passed out. Coming round, I grabbed my son and fled for help.

Catling was arrested and charged with rape. He stood trial at Leeds Crown Court in 1989 but was found not guilty by a jury.

I had been completely honest and was made to look like a trollop – I’d had a relationship with Brian and willingly slept with him the night before the rape.

Also, I didn’t appear to be a victim – I didn’t cry on the stand and I think it made me less credible – but I had felt determined to be strong. I knew I was telling the truth.

Devastated at the verdict, as we left court, a police officer said to me: ‘He will slip up again and we will be waiting.’

I must stress to any other victim reading this that you should always report rape and violence – do not be deterred. The minute I went to the police, Brian couldn’t physically hurt me anymore. 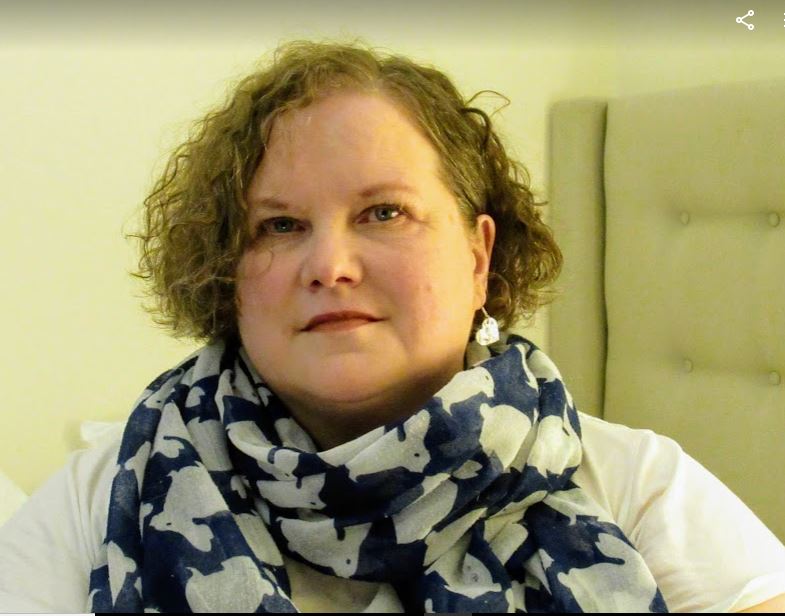 But the years after the trial were tough.

I had to live with the trauma of the rape, and also the stigma – I felt like a leper. We lived in a village, everyone knew Brian – he moved back to the village after he was acquitted – and although I never spoke to or saw him again, I felt like he was gloating.

For me to get to the shop, I had to go past the end of Brian’s road. I would leave early or as late as I could in the day to scurry to the shops, thinking it would be safer.

Eventually, I moved away but I was still plagued by him. I spoke to victim support once – counselling isn’t the magic answer for everyone – I just wanted to dust myself off and carry on.

More than anything, I felt a huge sense of injustice. I knew he was a violent rapist. The guilt that I had failed in my duty to stop him re-offending was overwhelming.

The attack dominated my life. I pored over local papers for years and, with the advent of the internet, I searched Brian daily – desperate to hear of his arrest; that he had been taken off the streets.

I also kept tabs on his Facebook to make sure I knew where he was living so I could avoid the area. I would never have contacted him.

Otherwise, I did try to move on. I had a new partner and a daughter as well as my son to care for. I moved to a new city, but I could not stop imagining seeing Catling everywhere and suffered nightmares about him.

The rape never went away because he had got away with it – but I’ve come to learn that justice comes in different forms.

I’d endured one night of hell as an adult, but he did it repeatedly to those children – their unimaginable trauma left me reeling.

That October, Catling, then 57, was found guilty and sentenced at Leeds Crown Court to 20 years imprisonment.

It may not have been my justice but it didn’t matter – after 28 years Brian was finally behind bars.

Old habits die hard and I continued googling Brian – part of me worried he may be released early.

Then, in October 2020, one of his victims contacted me via social media to tell me he had been found dead in his cell. The feeling of relief was immense – it was over.

I am a firm believer in karma and Brian got what was coming to him. It was all I needed to make peace with what happened.

That animal was no longer a threat to anyone else.

The inquest into his death is yet to take place but, by all accounts, he was not a well man.

I feel incredibly sorry for his family but I hope that the news of his death gives some closure and comfort to his victims. No doubt in my mind, there are more girls and women affected by Brian and that’s why I’m speaking out now he’s gone – if anyone needs support, get in touch and I will listen.

For me, Brian’s death is a new start. Freedom has been a long time coming but I can finally live my life without fear.

Metro.co.uk’s weekly The Truth Is… series seeks to explore anything and everything when it comes to life’s unspoken truths and long-held secrets. Contributors will challenge popular misconceptions on a topic close to their hearts, confess to a deeply personal secret, or reveal their wisdom from experience – good and bad – when it comes to romance or family relationships.