That’s a new way to self-isolate! Jonny May climbs out of a hyperbaric oxygen chamber at his home during lockdown as the England rugby star attempts to recover from a fractured cheekbone

The coronavirus lockdown is giving plenty of injured sports stars time to build themselves back up, and England wing Jonny May has found a new way to recover after picking up a cheekbone injury last month.

Without the state-of-the-art medical equipment he is used to at Leicester Tigers and the England camp, May has installed a hyperbaric chamber at his home to help him bounce back from the problem he picked up in the Six Nations against Wales. 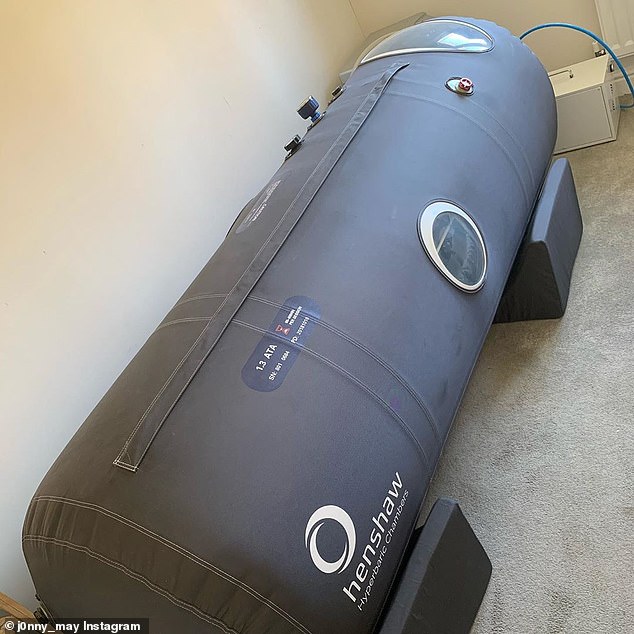 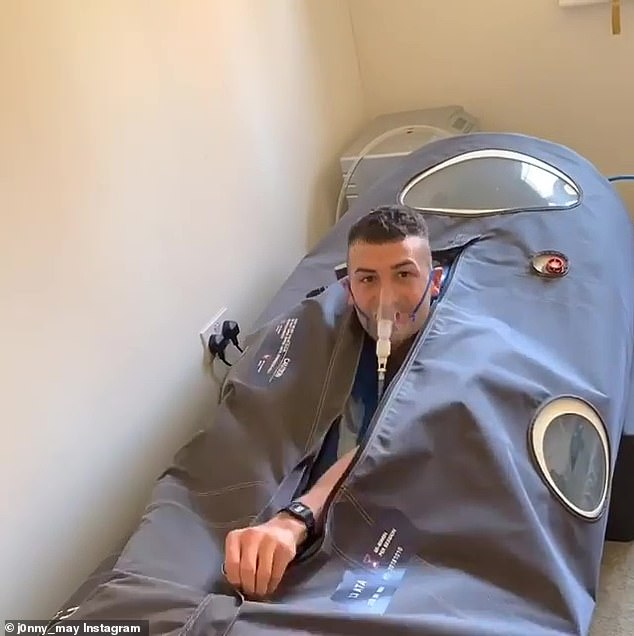 Posting a video of him bursting out of the zipped up bag, he said the chamber was his ‘sanctuary’.

‘My sanctuary during isolation… and always.’ The clip shows May unzipping the chamber and emerging with an oxygen mask on his face. He then removes it before clambers out of the home treatment facility – kitted out with pressure nozzles and tubes.

After having surgery to treat the problem, picked up in the 33-30 victory over Wales, he said he would use the opportunity to ‘regenerate’. 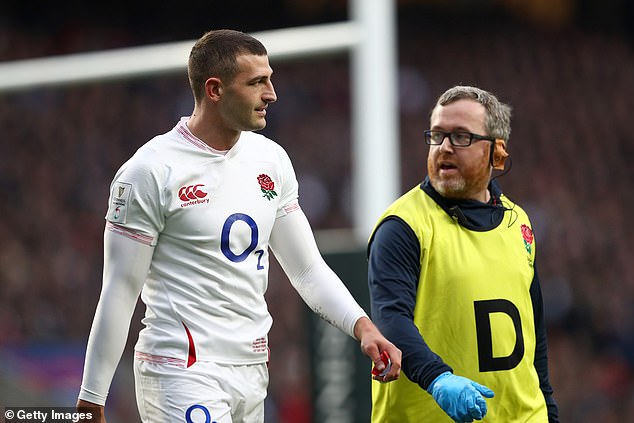 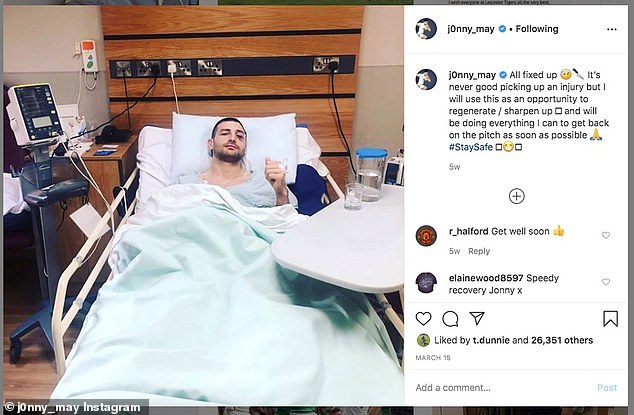 ‘All fixed up,’ he wrote on Instagram, showing a picture of him giving a thumbs up in a hospital bed. ‘It’s never good picking up an injury but I will use this as an opportunity to regenerate / sharpen up and will be doing everything I can to get back on the pitch as soon as possible.’

The 30-year-old played a starring role at the Rugby World Cup with England as Eddie Jones’ team reached the final before losing against South Africa.

He is set to return to former club Gloucestershire next season following three years with the Tigers.