John Krasinski shouts out daughters with special shirt on ‘SNL’

John Krasinski just learned what it’s like to get roasted by Amy Schumer.

The comic actor responded with some deadpan humor straight out of the “Office” when the bawdy comedienne joked on Instagram last weekend that he and wife Emily Blunt must have a “pretend marriage,” BuzzFeed News reported.

Schumer said she reached that conclusion when she saw Krasinski’s film “A Quiet Place Part II,” in which he stars with his wife.

“I loved every second of @aquietplacemovie even better than the first one which blew me away, Amazing to be in a movie theater,” Schumer, 40, wrote in a since-deleted Instagram post.

“Although I’ve said for a long time I think Emily and John have a pretend marriage for publicity,” Schumer added. “But I still think you should see it this rainy weekend.”

Krasinski soon wrote back with his own tongue-in-cheek jibe.

“Thank you Amy! . . . for blowing up our whole marriage spot,” Krasinski jokingly wrote in response.

Blunt, 38, and Krasinski, 41, have been married since 2010 and have two daughters, Violet and Hazel.

The “Devil Wears Prada” actress has starred in both “A Quiet Place” horror films alongside her husband, their only two appearances together on the big screen. He directed and co-wrote both movies. 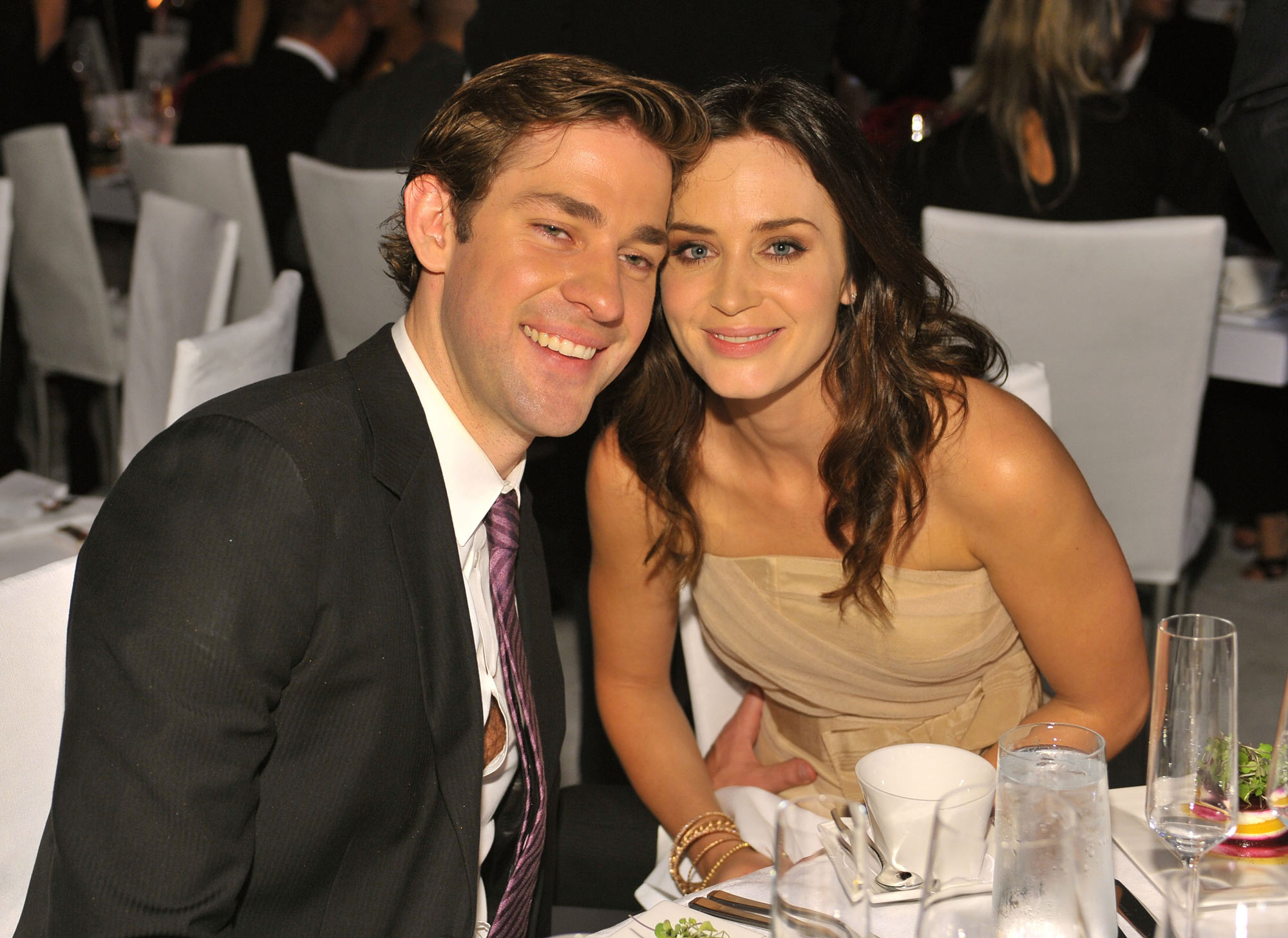 For his part, Krasinski praised Blunt and gushed over the experience of working with her on both movies.

Krasinski described Blunt as the “greatest collaborator of my life” while discussing the shoot for “A Quiet Place Part II” during a virtual live Q&A session following Australian preview screenings, per NZ Herald.

“On the first movie, I found the best collaborator of my entire life,” Krasinski said. “She’s not only the best actress but she’s someone who puts everyone at ease because she’s so unbelievably prepared, unbelievably professional and cares so deeply about the entire process, the whole system, so it was almost like she was a producer on the movie.”