ARSENAL came from behind to beat Molde 4-1 at the Emirates in the Europa League.

Martin Ellingsen capitalised on some sloppy Gunners defending to put the Norwegians ahead on 22 minutes before Kristoffer Haugen put through his own net on the stroke of half-time to level the scores. 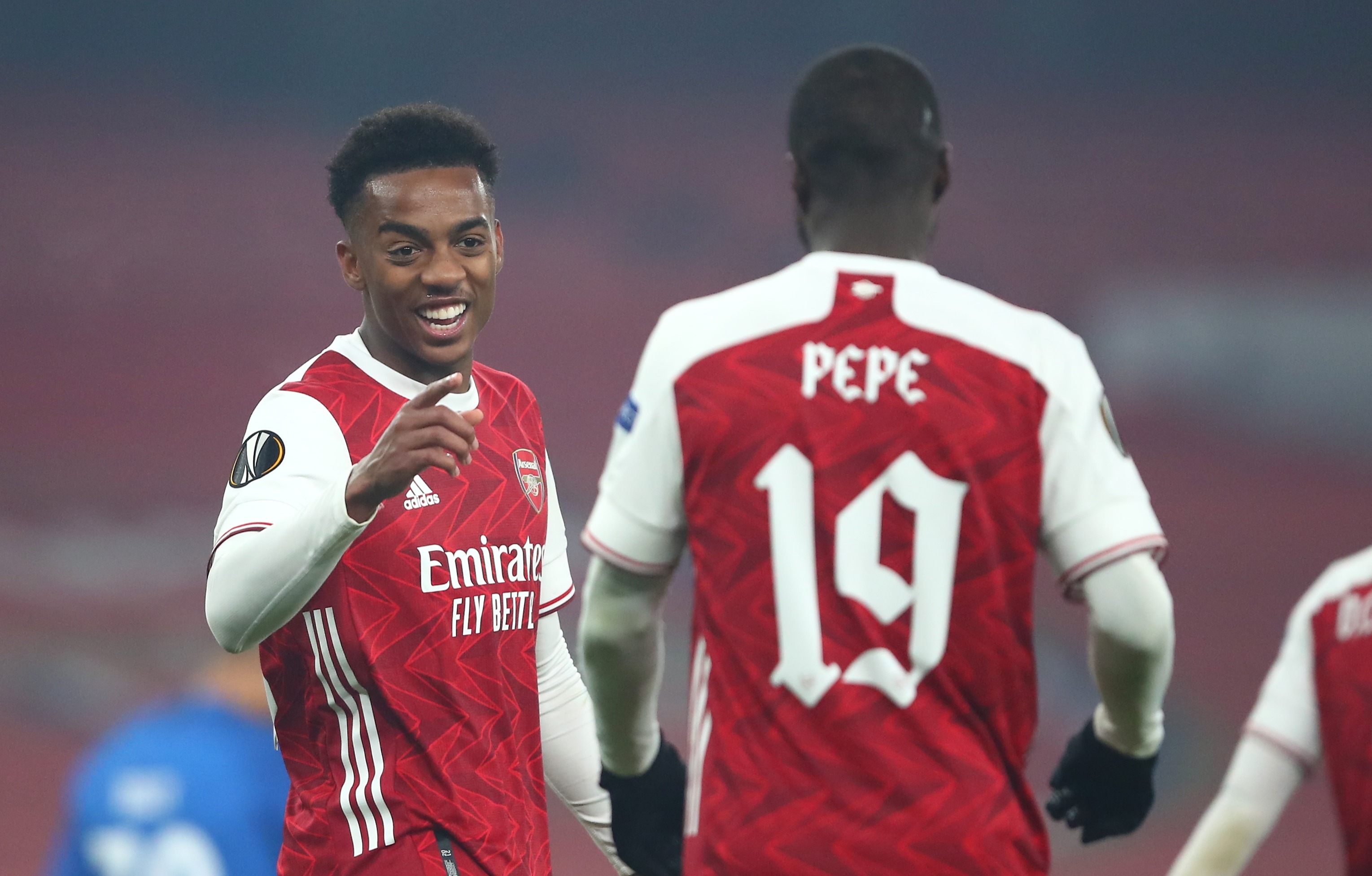 A Joe Willock inspired Arsenal sprang into life in the second-half with the midfielder heavily involved when Sheriff Sinyan scored the second own goal of the night.

Nicolas Pepe put the game to bed with 20 minutes to go before Willock capped of a perfect night by firing one into the roof of the net two minutes from the end.

The 21-year-old staked a firm claim for inclusion in Mikel Arteta's next Premier League squad having been left out at Old Trafford last weekend.

David Luiz had a night to forget but it will be swiftly forgotten after the convincing win.

And here's what SunSport's William Pugh thought of the Gunners' individual performances tonight.

Went long rather than playing out from the back in the build up to Molde's opening goal.

And then seemed slightly out of position when Ellingsen curled the ball past him. Not his finest 60 seconds.

Didn't have much to do after that. 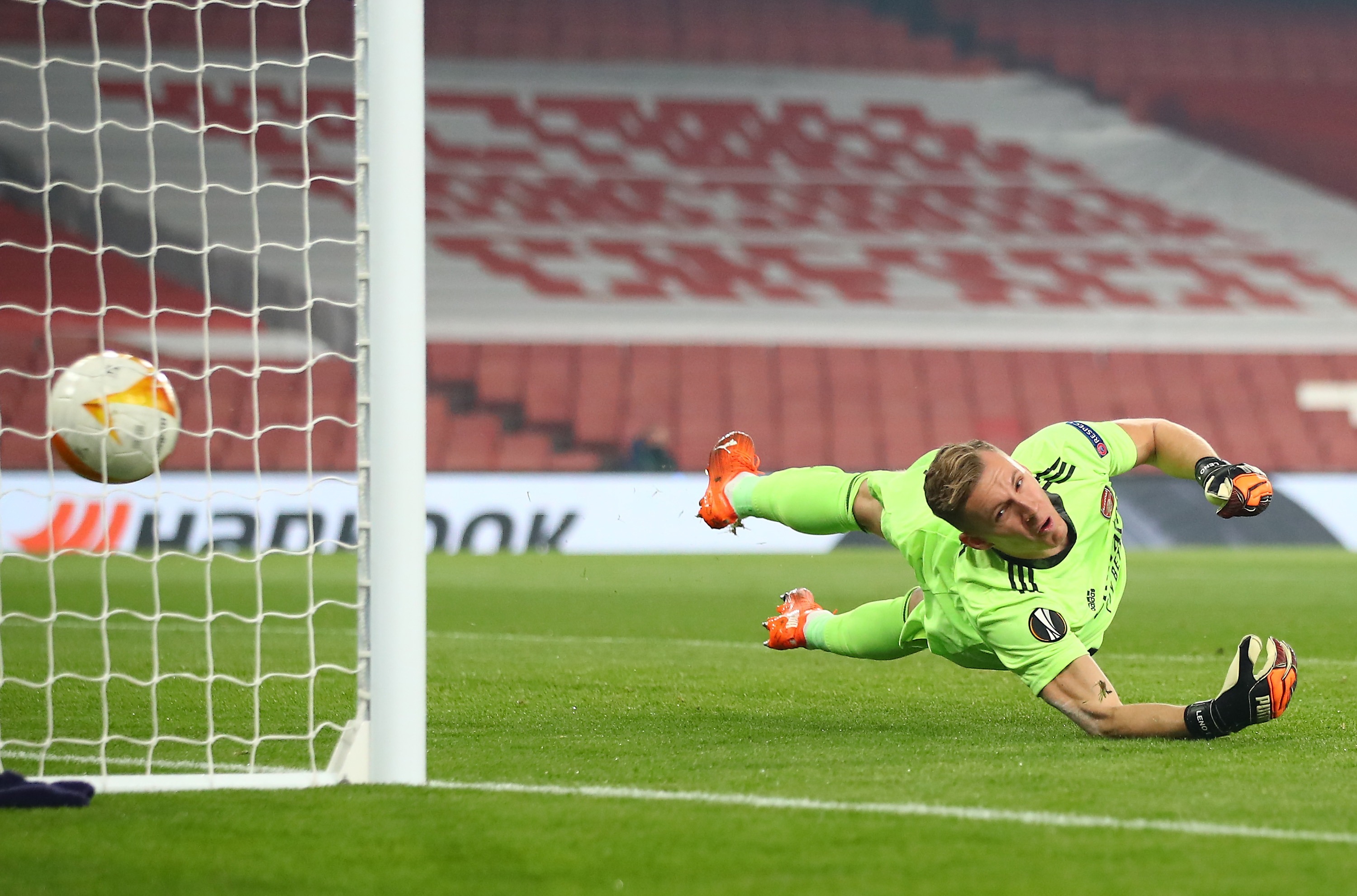 Earned his money but not one for the showreel.

Wildly out of position for Molde's opener but was not expecting Leno to go long.

Unremarkable from then on. Did what he had to. 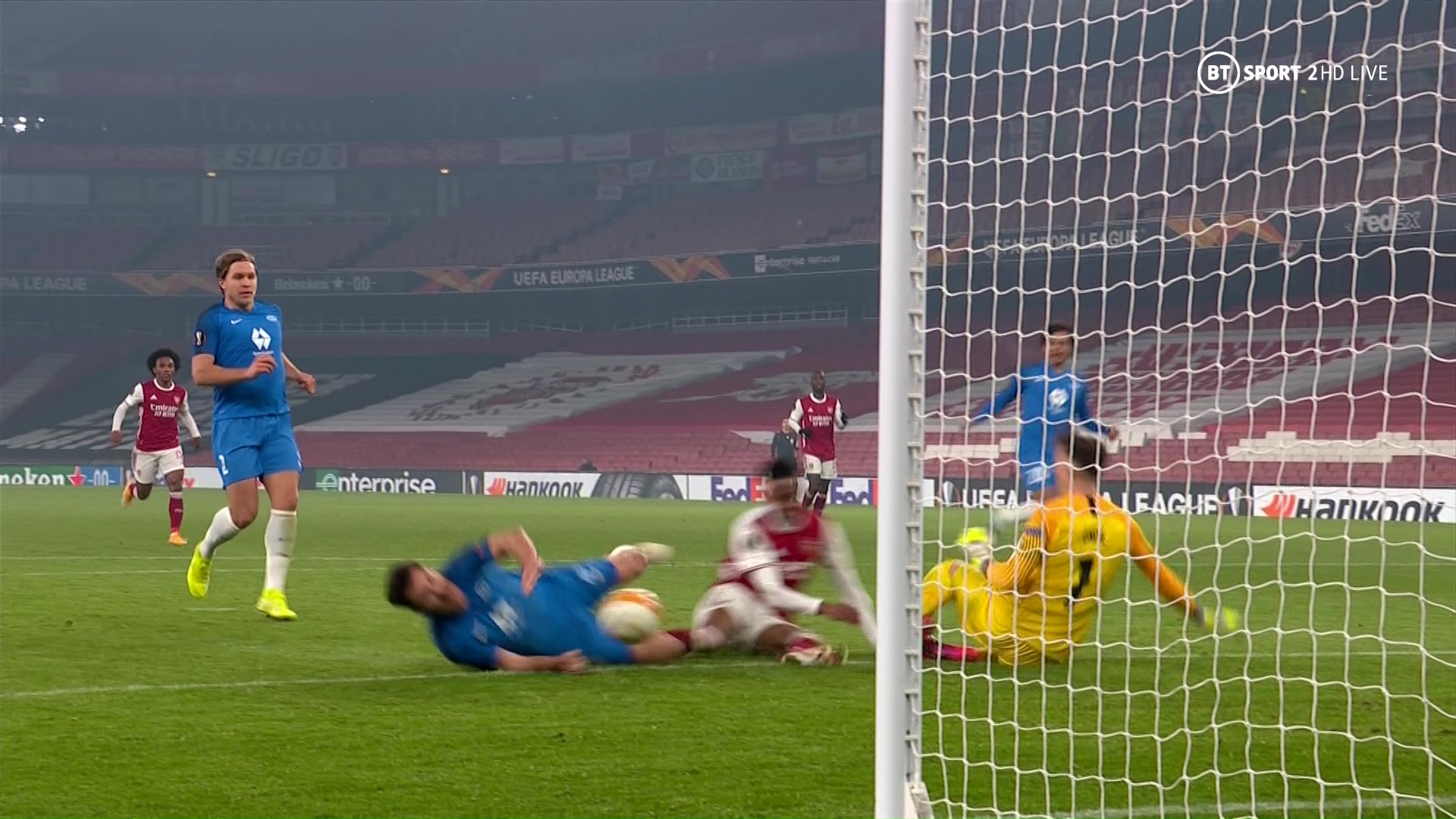 Stood off and allowed Ellingsen loads of space to shoot which saw his team go 1-0 down. Bizarre defending.

Harshly booked for a shoulder charge on the hour mark.

Sloppiness eventually bailed out by his team-mates. 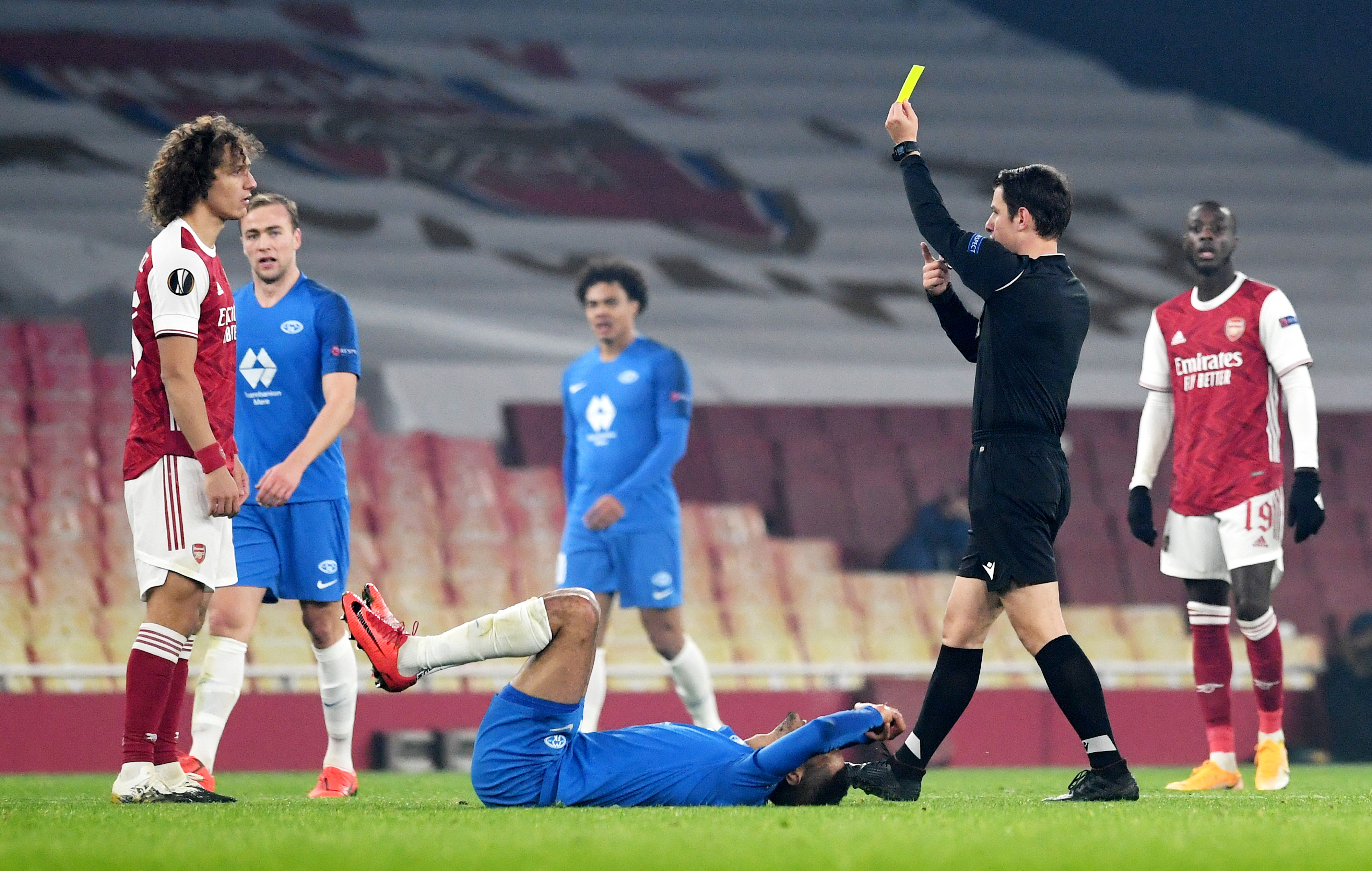 Hardly noticeable before the break.

But came into his own as Arteta's side pushed on in the second half.

Joined in well with attacks but missed an absolute sitter of an open goal from six yards after 53 minutes.

One of few bright sparks in a fairly flat first-half for his team.

Industrious and tried to make things happen but was frustrated by a deep lying Molde.

Battled from his own half to pressure Haugen into shinning the ball into his own net in first half stoppage time.

And forced the second own goal after an excellent one-two with Xhaka saw him in behind and firing one across goal which went in off Sinyan.

Will be knocking Arteta's door ahead of Aston Villa's Premier League visit on Sunday. 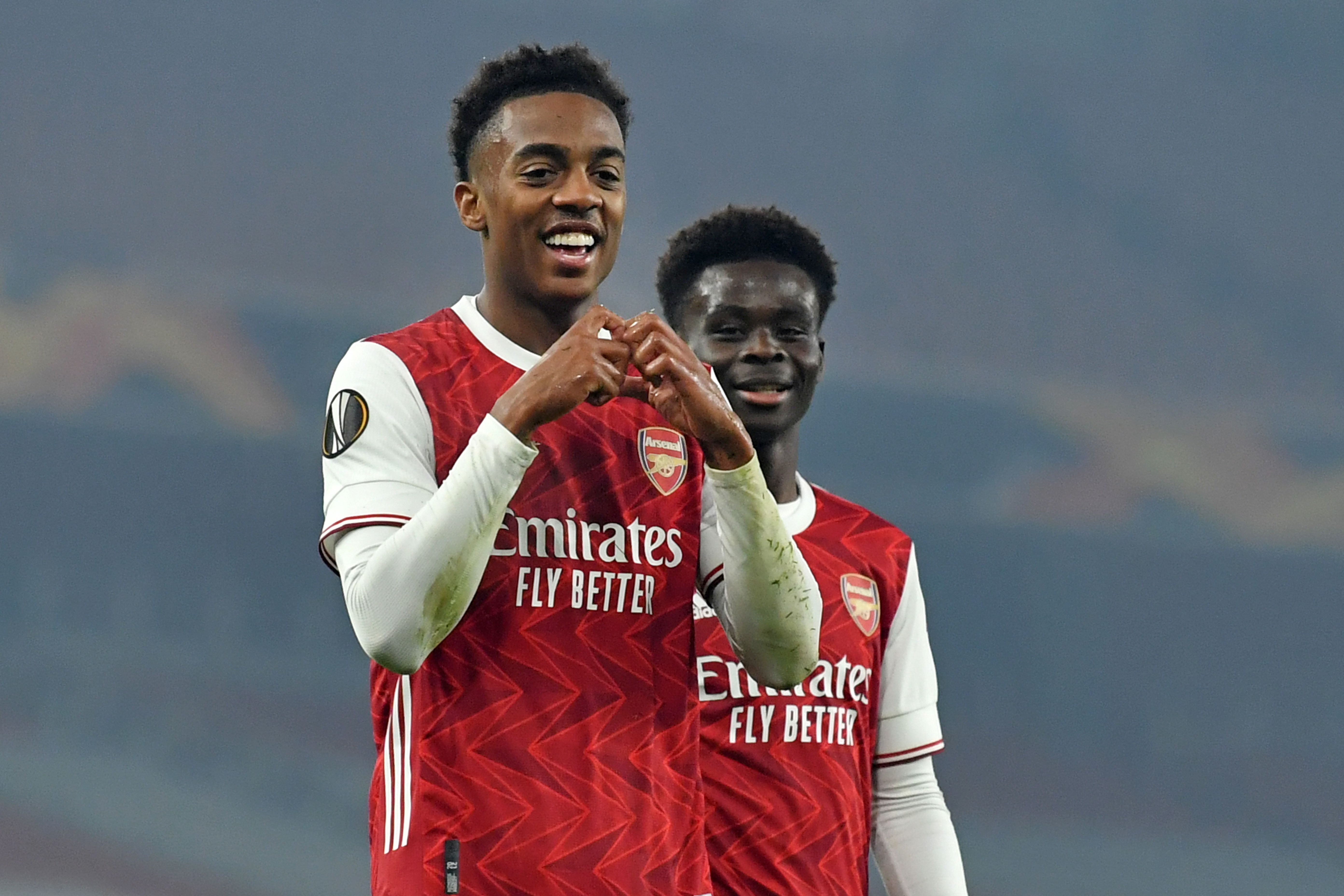 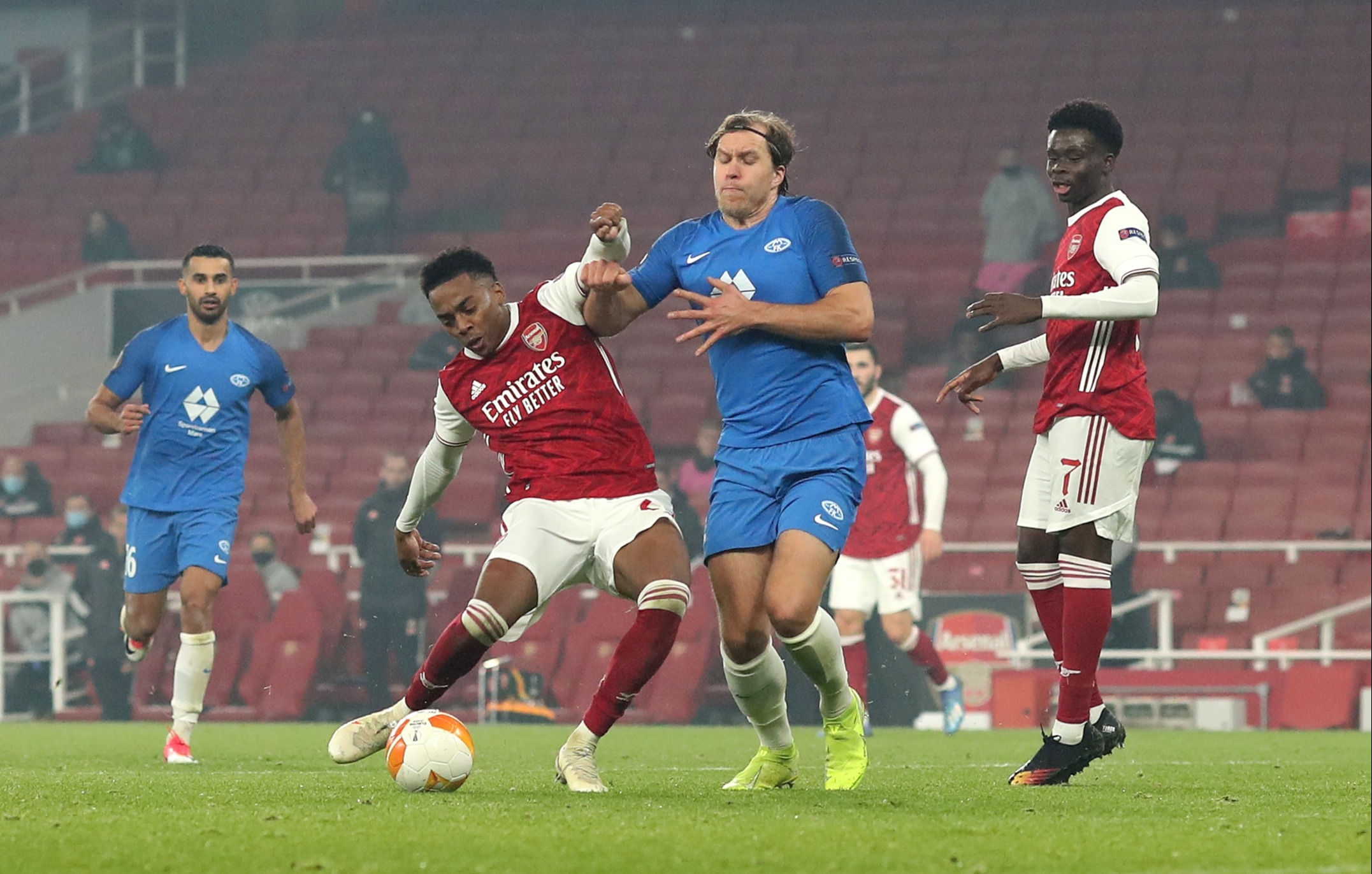 Let the first half pass him by alongside midfield partner Xhaka.

Allowed Molde to push through the middle on several occasions and offered nothing creatively when his side were crying out for it.

Unremarkable like most of his team-mates in the first-half and needed to impose himself on the game more.

Redeemed himself by busting a gut to join the counter-attack his team equalised from in the 46th minute.

And dinked a lovely ball over the top for Willock which saw the Gunners take the lead for the first time. 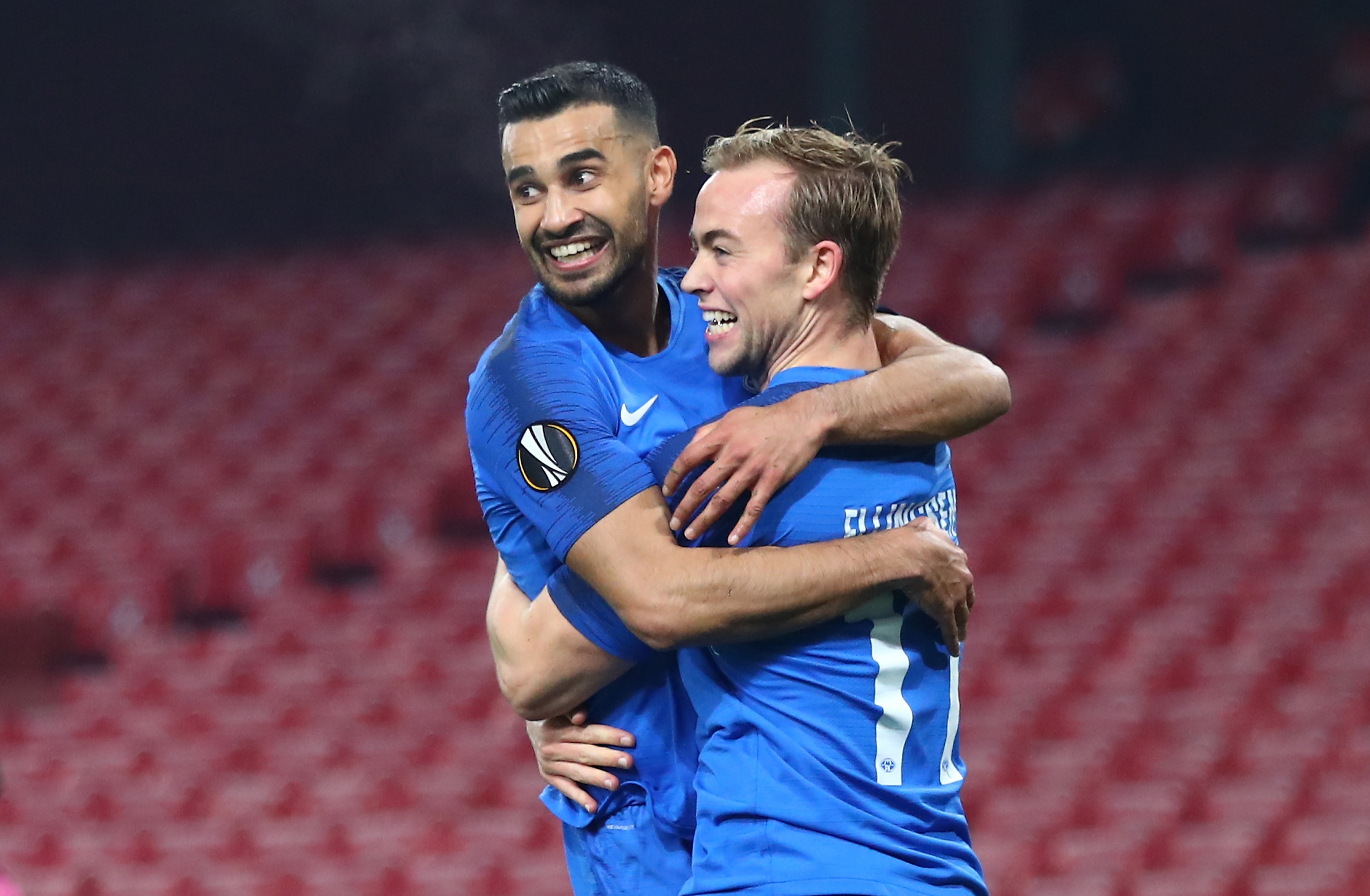 Poked and probed against a deep-lying Molde before the break but lacked end product.

Nice concise play as part of the build up for the first-half equaliser.

Replaced by Saka who immediately had a greater impact.

Came to life just before the break after a quiet half.

His disallowed goal was the first thing of note he did in the first 45.

Replays showed he was miles onside, though Willock was off and he was right next to him as he finished.

Busy enough the rest of the night but nothing to suggest he should be anymore than the Europa League striker. 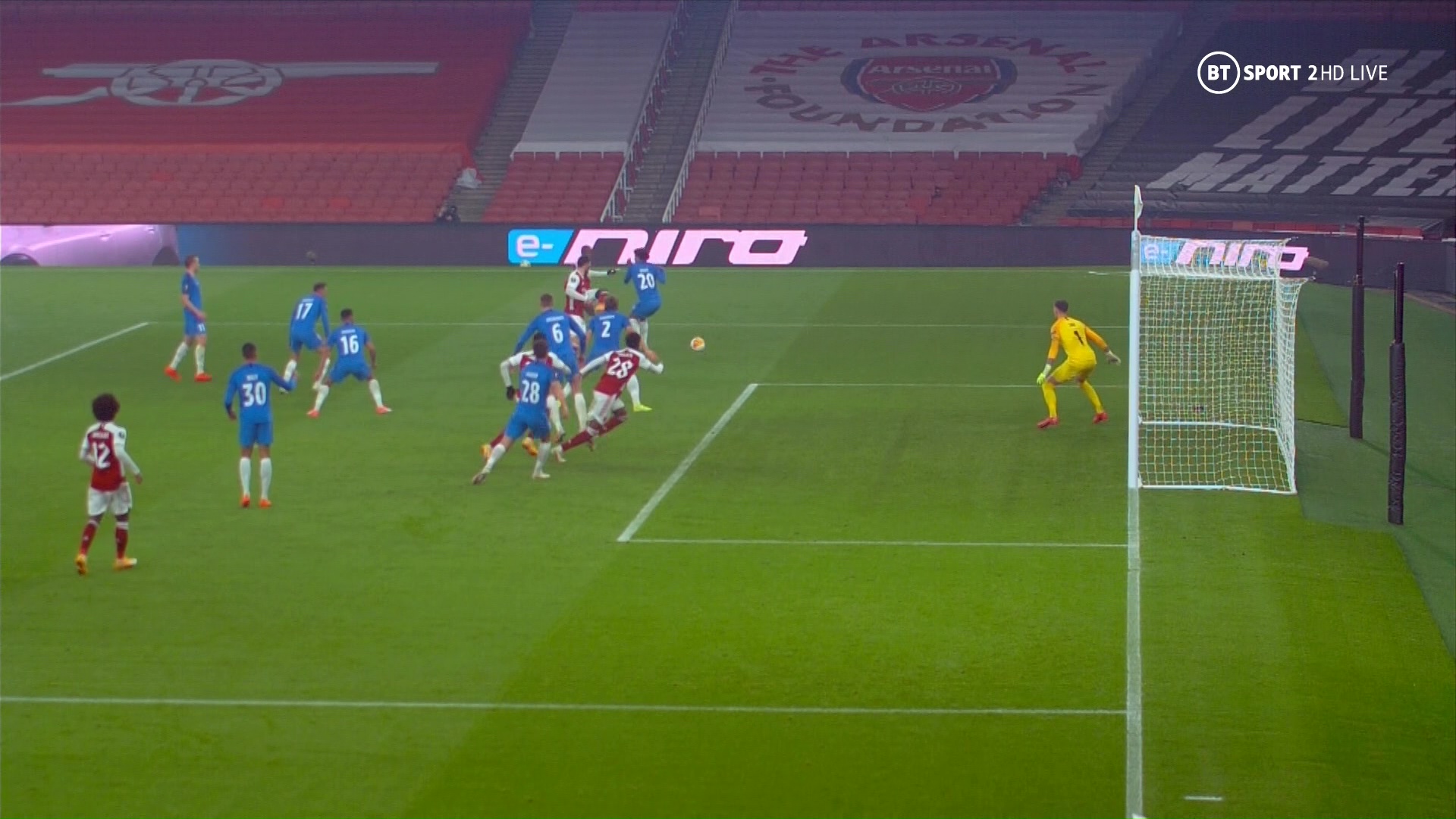 Did well to spring the counter-attack for the Gunners' equaliser and took his goal nicely to put the game to bed.

Slotted home with his left from 15 yards after Saka picked him out beautifully.

And he even set up Willock for his late finish as Molde grew tired.

Was threatening to be another average performance from the £72million man but his quality shone through as the game wore on.

Fired a tame volley straight at the keeper just before he scored after Kolasinac put one on a plate for him which was a low point. 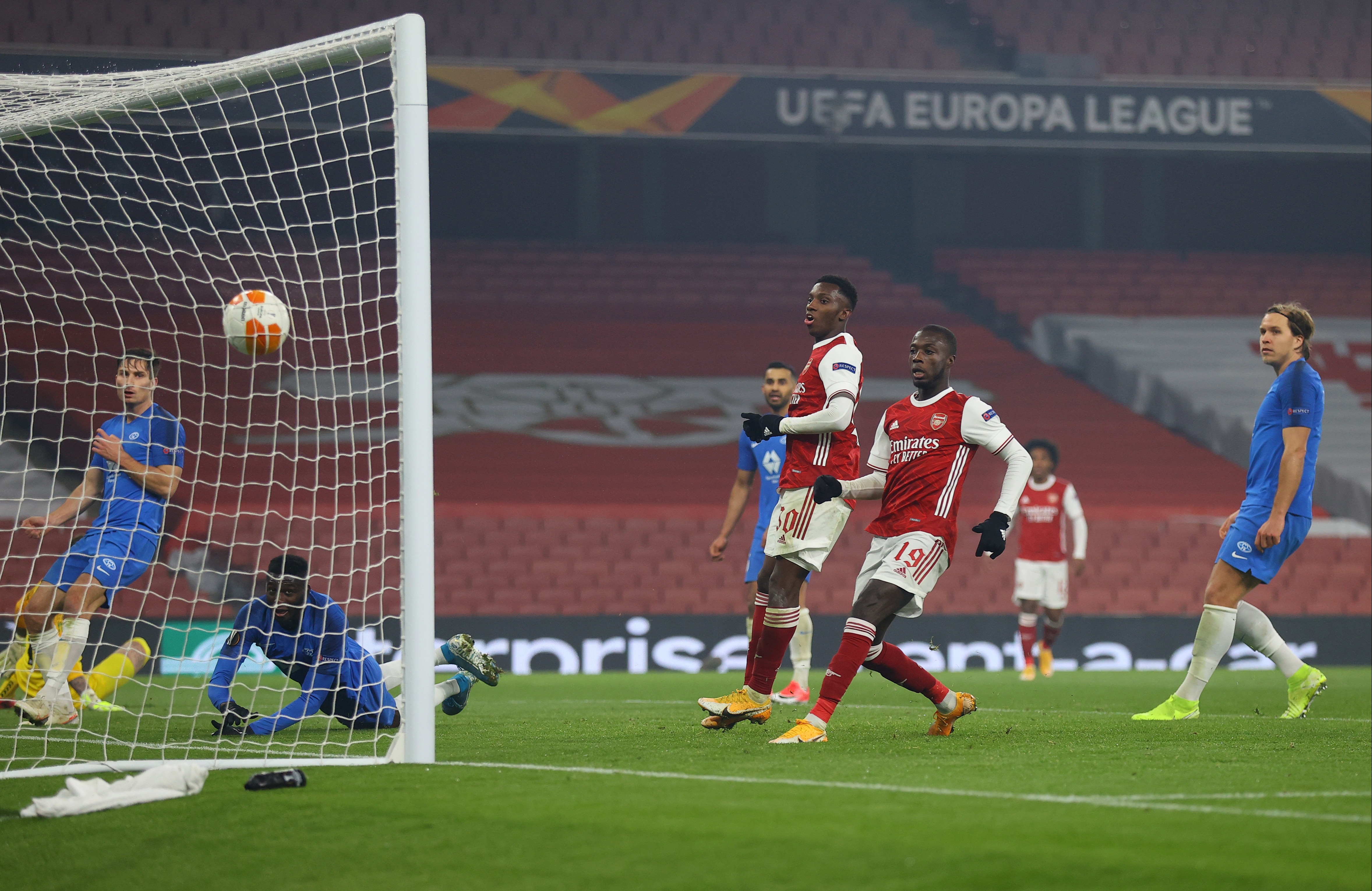 Great assist for Pepe to put the game to bed with 20 minutes to go.

Broke down the left and made the right decision to cut back to the winger on the edge of the box.

Booked for a late lunge with 15 minutes to go as his team tried to see out the win.

Really busy and lively against a worn out Molde.

Took a painful one to the face after the ball was blasted right at his head.

Not enough time to make an impact.

Involved in the build up for Willock's late strike.

Related posts:
Fashion News
I’m desperate to get the vaccine so I can cheat with married men – they’re more respectful & treat me like a queen
Woman makes old Ugg boots look good as new using 79p spray & people digging out their old pairs to copy
Biden, Harris Inauguration Gets High-Fashion Merch
Adwoa Aboah on Designing Jewels and Taking a Stand for Social Justice
Shiatsu Foot Massager Machine is now 41% off – and it's perfect for home pampering
Recent Posts
This website uses cookies to improve your user experience and to provide you with advertisements that are relevant to your interests. By continuing to browse the site you are agreeing to our use of cookies.Ok