Jeremy Vine has furious stand-off with Fiat 500 driver after he undertakes a car on a box junction, with the Radio 2 star telling him: ‘You’ve only gained 15ft!’

A Fiat 500 driver who grew impatient when a fellow road-user hesitated to cross a box junction found himself the latest victim of Radio 2 presenter Jeremy Vine’s cycling helmet camera.

In a video posted on Twitter, the broadcaster, who cycles to work, gave the man in the slate-grey Fiat a dressing down following the incident on Chiswick High Road in West London.

Vine, sensing that the frustrated driver was about to dangerously undertake, keeps watch as he performs the manoeuvre – before pulling up alongside to confront him.

The footage, posted just before 9am, has already been watched almost 70,000 times. 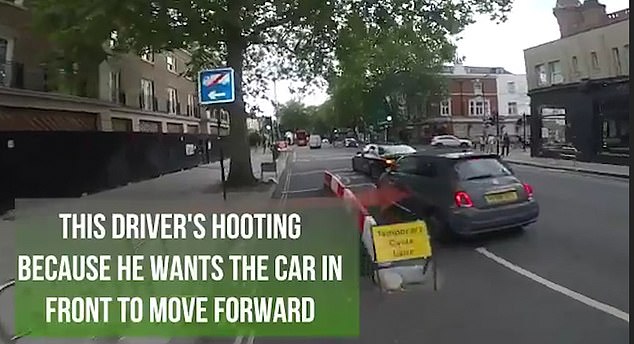 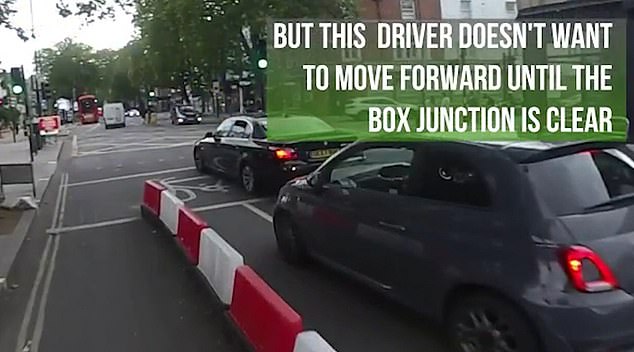 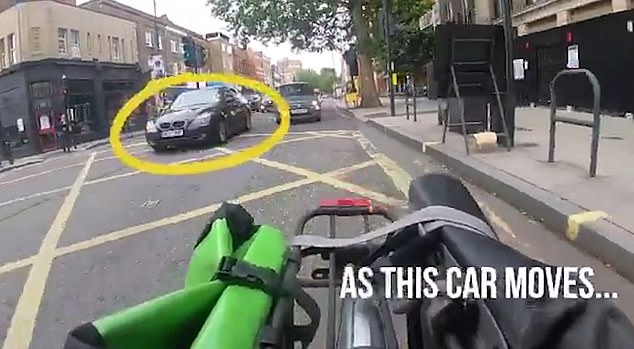 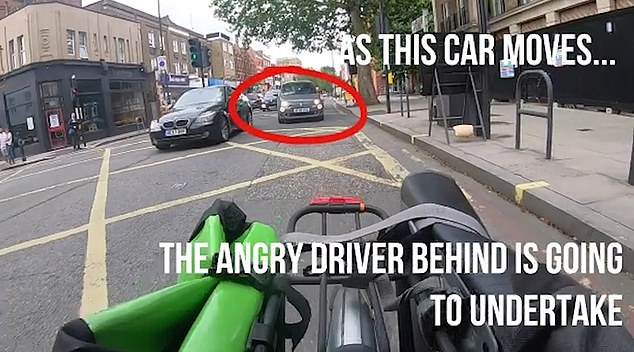 The crime! A camera on the back of Vine’s back captures the moment the Fiat 500 undertakes a lady driving a BMW 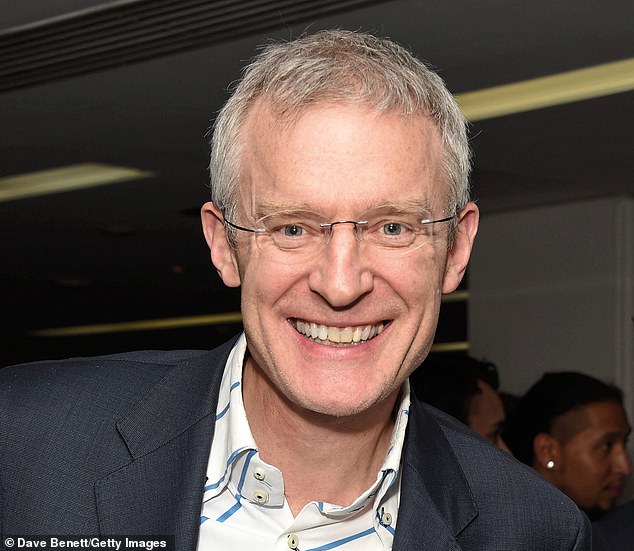 Vine, who has a Channel 5 talk show and his lunchtime slot on Radio 2, is seen pulling up alongside Fiat 500, shouting: ‘I think you broke the law’

Vine is heard telling him: ‘You can’t do that mate, it’s all on my camera. She was waiting for the hatching to be clear.’

The furious driver, wearing a smart shirt and tie, bites back, saying: ‘She had the green light for ages’ before claiming it had been clear for the female driver ahead of him to move.

Vine continues his chastisement, saying: ‘I think you broke the law there. It’s her judgement, not yours, it’s so discourteous. What have you done there? You’ve gained yourself 15 feet!’

The minute-long clip ends with Vine cycling off, leaving the driver in a queue of traffic.  The presenter later posted the video, with detailed notes for viewers, writing: ‘I’m not the victim here, but even so’. 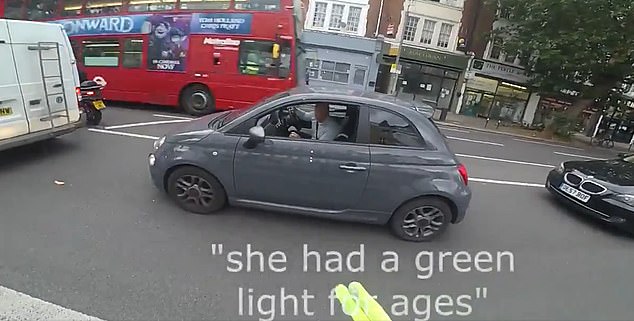 Vine points his finger at the driver but he remains resolute he was in the right, saying: ‘She had a green light for ages’

@ITFC_Alex wrote: ‘Jeremy is 100% correct. It’s the Mercedes drivers judgement as to whether the box junction is clear enough. I was always taught, “don’t enter a junction if you can’t exit”. The Fiat driver gained himself one place higher….in static traffic.’

Others felt that Vine should have stayed out of the incident. @DLbi12John_boy penned: ‘Do you know, even a police officer wouldn’t have intervened in this situation, unless they were in an assigned traffic car. I’ve seen it hundreds of times, even drawn their attention to it, they just shrug. Why did you get involved?’ 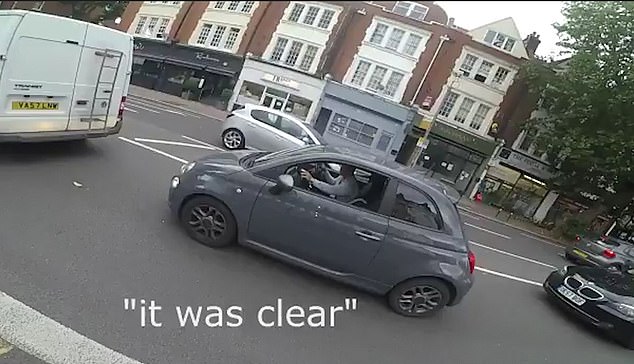 In recent years, the 55-year-old broadcaster has often taken on bad driving while on his daily commute to television and radio studios.

In February, a 13-second clip showed Vine cycling down the road when he was passed by a van belonging to a real estate company.

Sharing the footage on Twitter, the Radio 2 presenter wrote: ‘Overtake of the day. Seriously aggressive driver’.

In a separate post he revealed the driver had made a lewd gesture at him when he pulled up alongside the van further down the road.

However Twitter followers were divided over whether Vine was justified in his anger.

Some claimed the broadcaster was too far into the centre of the road and sided with the driver, claiming the manoeuvre was carried out safely and was far from aggressive.