Jeff Bezos, Lauren Sanchez threw her brother ‘under the bus,’ he claims

The Amazon founder, 57, has picked the theme “Out of This World,” and his guests will have to dress to impress.

The bash is being held in California, and we’re told that it will celebrate the billionaire’s 10-minute trip to space last month alongside his younger brother, Mark.

The news comes after Bezos lost his title as the world’s richest man — being supplanted by French fashion mogul Bernard Arnault of LVMH, whose net worth recently reached $195.8 billion, while Bezos’ fortune is listed at $192.6 billion, according to Forbes.

But Bezos will shrug it off this weekend as he celebrates his space mission alongside his girlfriend, Lauren Sanchez, who is now rumored to be his fiancée. 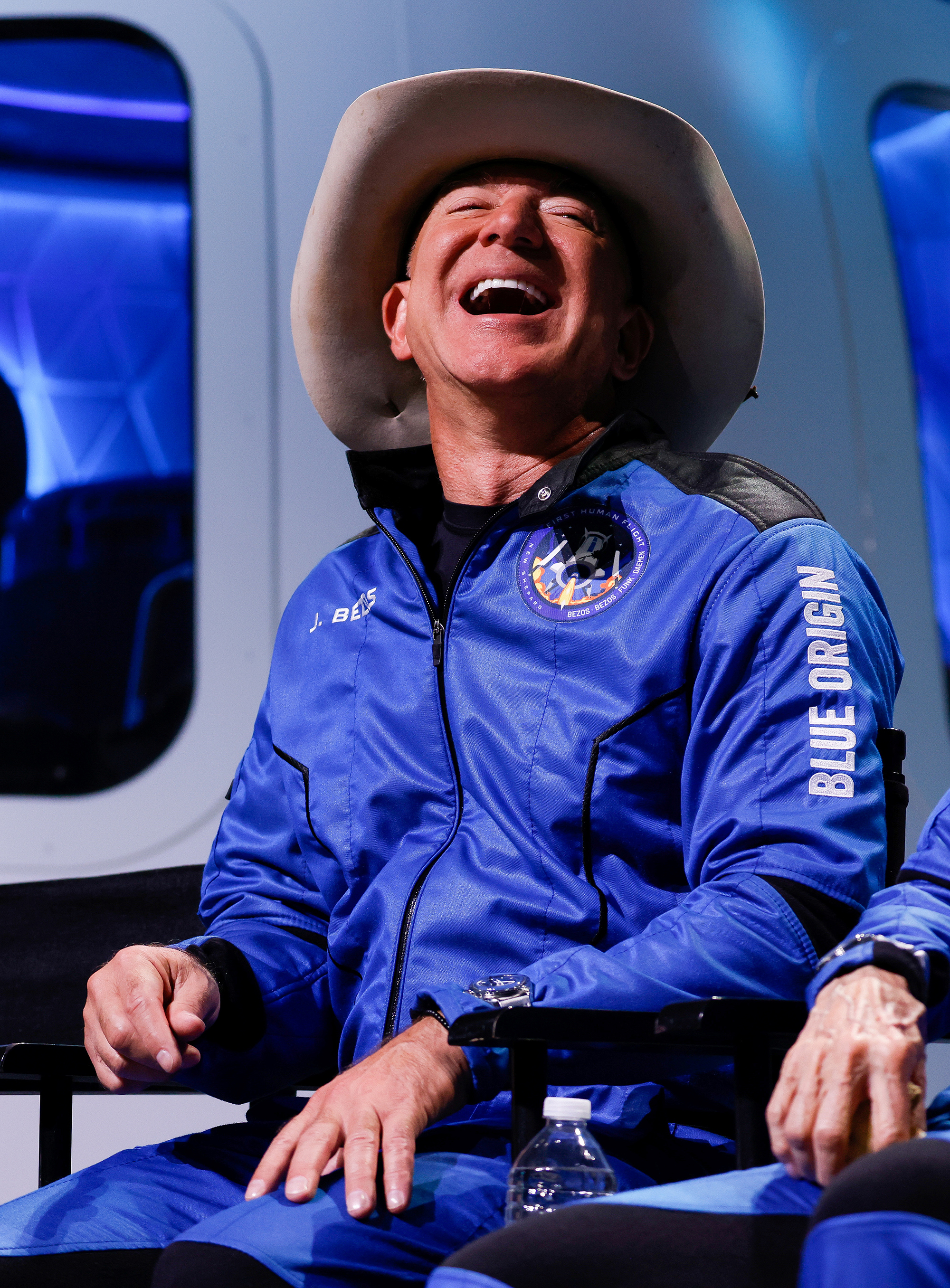 The dad of four infamously left his wife, MacKenzie Scott, for Sanchez in 2019 — and the entertainment reporter, 51, was seen embracing him after his space capsule landed in the remote West Texas desert on July 20 with his family looking on.

Sanchez was also pictured wearing an enormous diamond ring on her engagement finger, the second time she’s been seen wearing it.

“I wasn’t that nervous, but my family was somewhat anxious about this, and so, it was so sweet actually to get hugged by them after landing, especially my kids and Lauren and my mom and dad and really all of you guys,” Bezos said after returning to Earth.

Although it’s not known where Bezos is throwing the party, he has more than enough room at his Beverly Hills home.

In February 2020, Bezos broke a California record with his $165 million purchase of the Warner estate, a piece of Hollywood history once belonged to billionaire David Geffen. 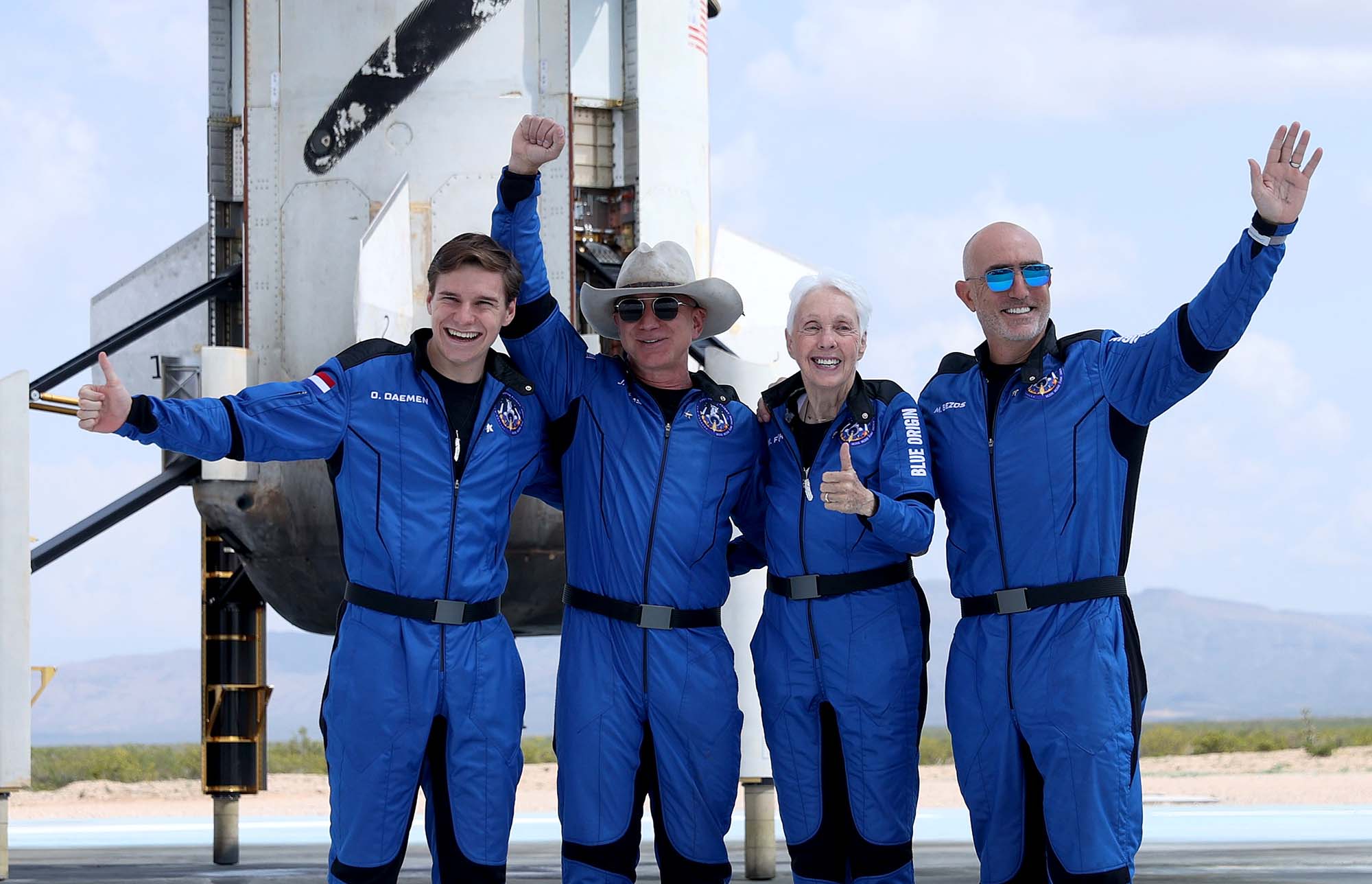 Then, in July 2020, Bezos bought a $10 million home next door to the Warner estate, giving him the opportunity to create a massive compound.

Bezos last month stepped down as Amazon’s CEO, although he remains the company’s chairman.

He then became the second billionaire in just over a week to go into space after Sir Richard Branson narrowly beat him to it.

Unlike Branson’s piloted rocket plane, Bezos’ capsule was automated and required no official staff on board for the flight.

His rocket, New Shepard, run by his company Blue Origin, reached an altitude of about 66 miles, which was more than 10 miles higher than Branson’s July 11 ride.

The 60-foot booster accelerated to Mach 3 or three times the speed of sound to get the capsule high enough before separating and landing upright. 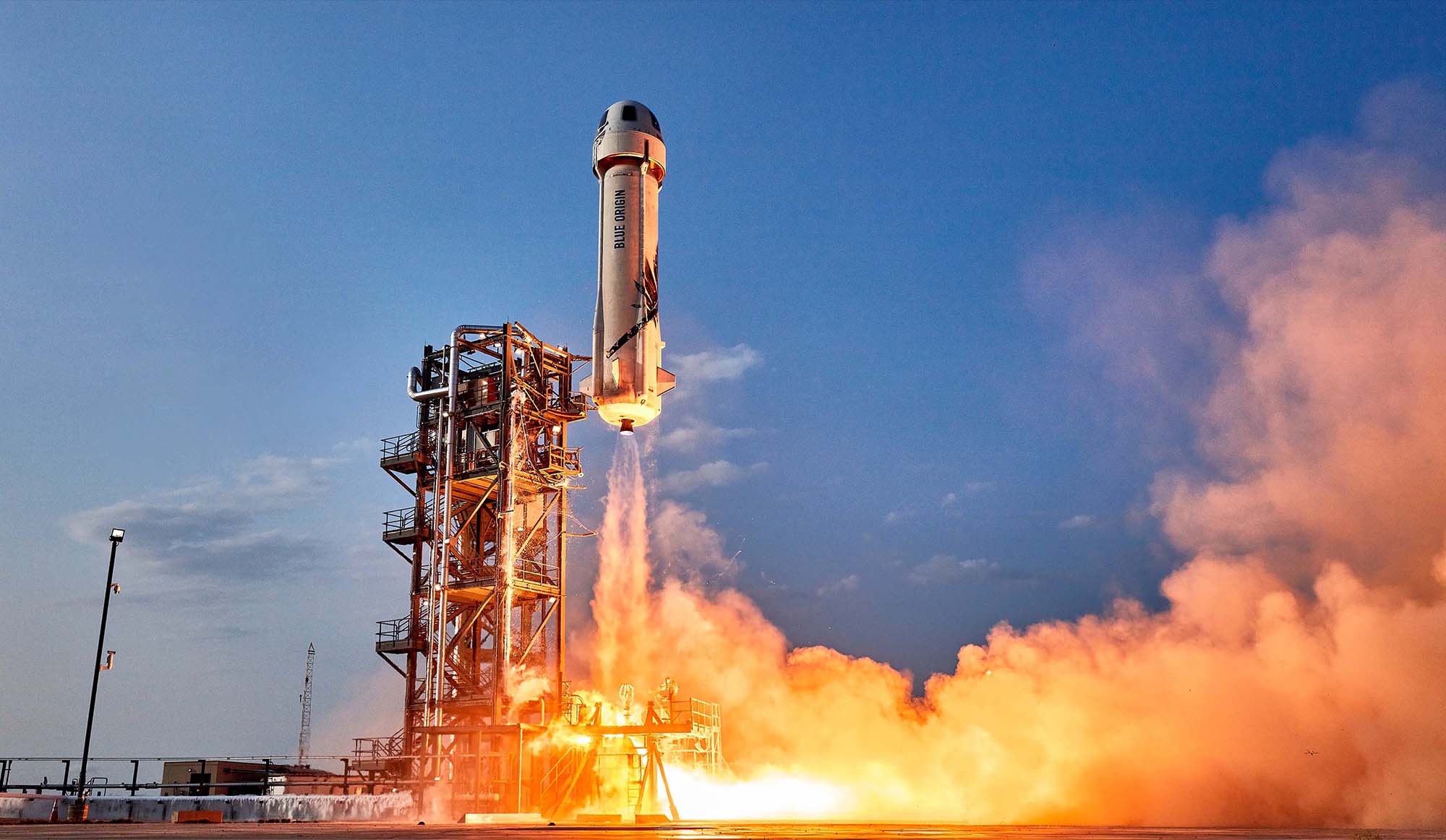 The passengers had several minutes of weightlessness to float around the spacious white capsule before returning back to Earth.

Bezos was joined by his brother and 82-year-old Wally Funk, one of 13 female pilots who went through the same tests as NASA’s all-male astronaut corps in the early 1960s but never made it into space.

Netherlands native Oliver Daemen, 18, was a last-minute fill-in for the mystery winner of a $28 million charity auction who pulled out at the last minute, leaving Daemen’s father to buy him a seat.

“Best day ever!” Bezos said when he touched down.