Mixing up his moniker! Jamie Otis and Doug Hehner changed their newborn son’s name from Hayes to Hendrix.

“The minute we had our son, the minute he came out, I looked at him [and] I almost called him Hendrix,” the Bachelor alum, 33, revealed in a Sunday, May 17, Instagram Live video. “That was, like, a top name for him, [but] we named him Hayes before we met him. We felt pressured to make a decision of what his name was gonna be because I wanted to bond with him … knowing [his] name. We decided on Hayes Douglas.”

When the Wifey 101 author almost called her baby boy by the wrong name after his birth, she “didn’t even say anything” out loud. But then her husband, 36, called the infant “Hendrix right away.”

The New Jersey native announced, “It’s officially Hendrix. We did the birth certificate, so it’s official.” 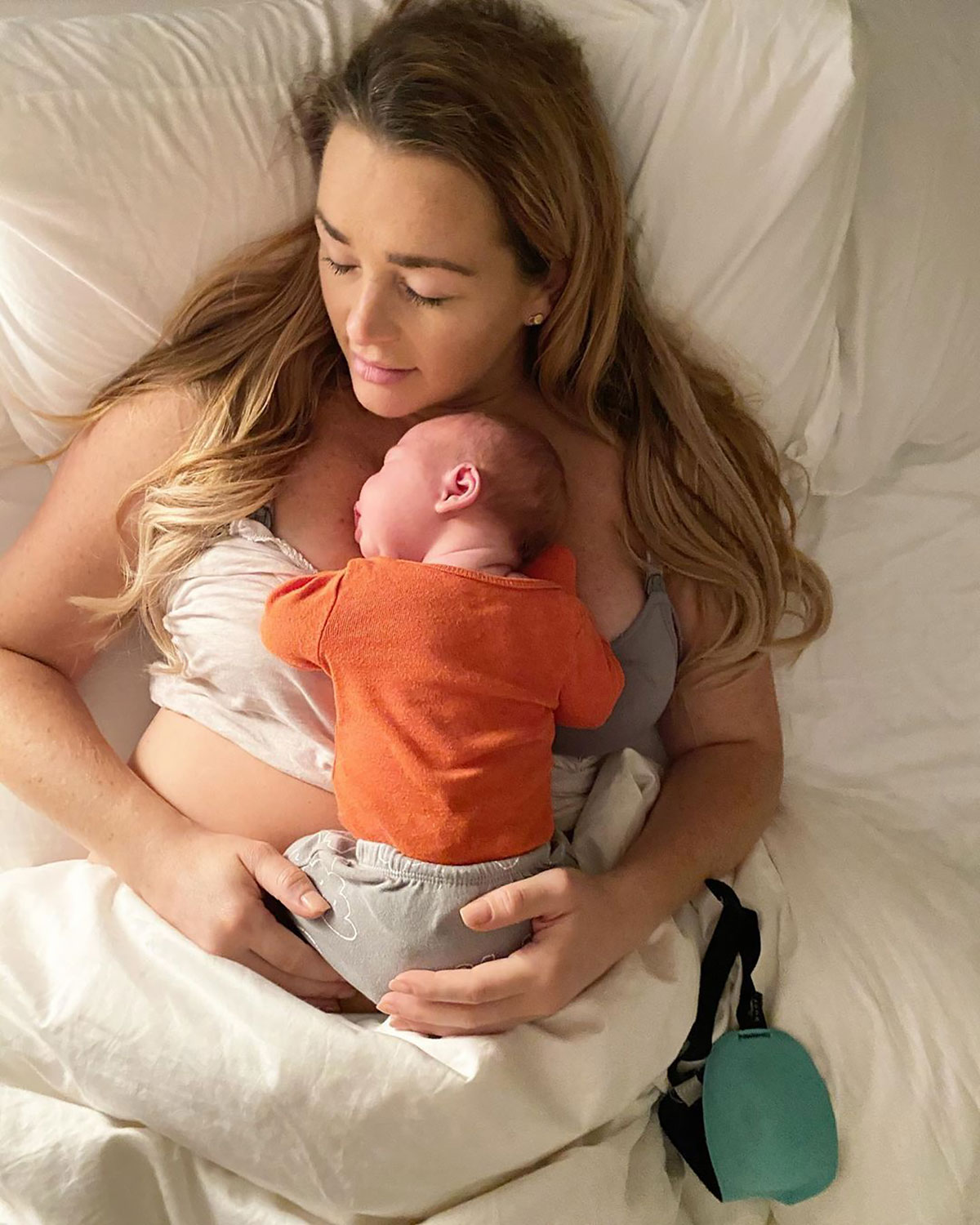 The Married at First Sight alums welcomed their little one on Wednesday, May 13. The former reality stars also share their 2-year-old daughter, Henley.

The “Hot Marriage, Cool Parents” podcast hosts announced in September 2019 that they had conceived after suffering multiple pregnancy losses. They decided on a name six months later.

“38 weeks and WE HAVE A NAME!” the Married at First Sight: Unfiltered host captioned an April Instagram post. “Our top two names were Hendrix and Hayes. I still *LOVE* Hendrix, but Hayes just kind of came out of left field mid-pregnancy and the more we talked to the baby, the more we felt like Hayes just goes with him & fits into our family. (We tried calling him several names — those two ended up being the top two names).”

The New York native went on to explain that Hendrix was “loosely tied” to Jonathan, the baby boy she miscarried at 17 weeks, writing, “I *really love* the idea of honoring our angel baby in Heaven, Johnathan Edward Hehner, but after literally months going back and forth, Doug and I decided this little boy bouncing around inside me is Hayes.”