Jack Black made a group of high school graduates’ day when he stopped to pose for photos with them at Griffith Park in Los Angeles.

Dressed in one of his signature dog T-shirts and khakis, the “School of Rock” star, 51, took a knee in front of seven La Quinta High School students, who wore their caps and gowns outside of Griffith Observatory.

Photographer Daniel Oh shared the once-in-a-lifetime shots to his Instagram page on Friday, writing that it was “crazy how small the world is to see jack black at one of my photo shoots.”

Oh also posted a video to TikTok showing Black helping him get the perfect pictures. It has since racked up millions of views.

“Are you not going to use that camera? The good camera,” the actor joked of wanting to make the photo the best it could be.

The group surrounded Black as they shouted, “I love Jack Black” instead of saying “cheese.” 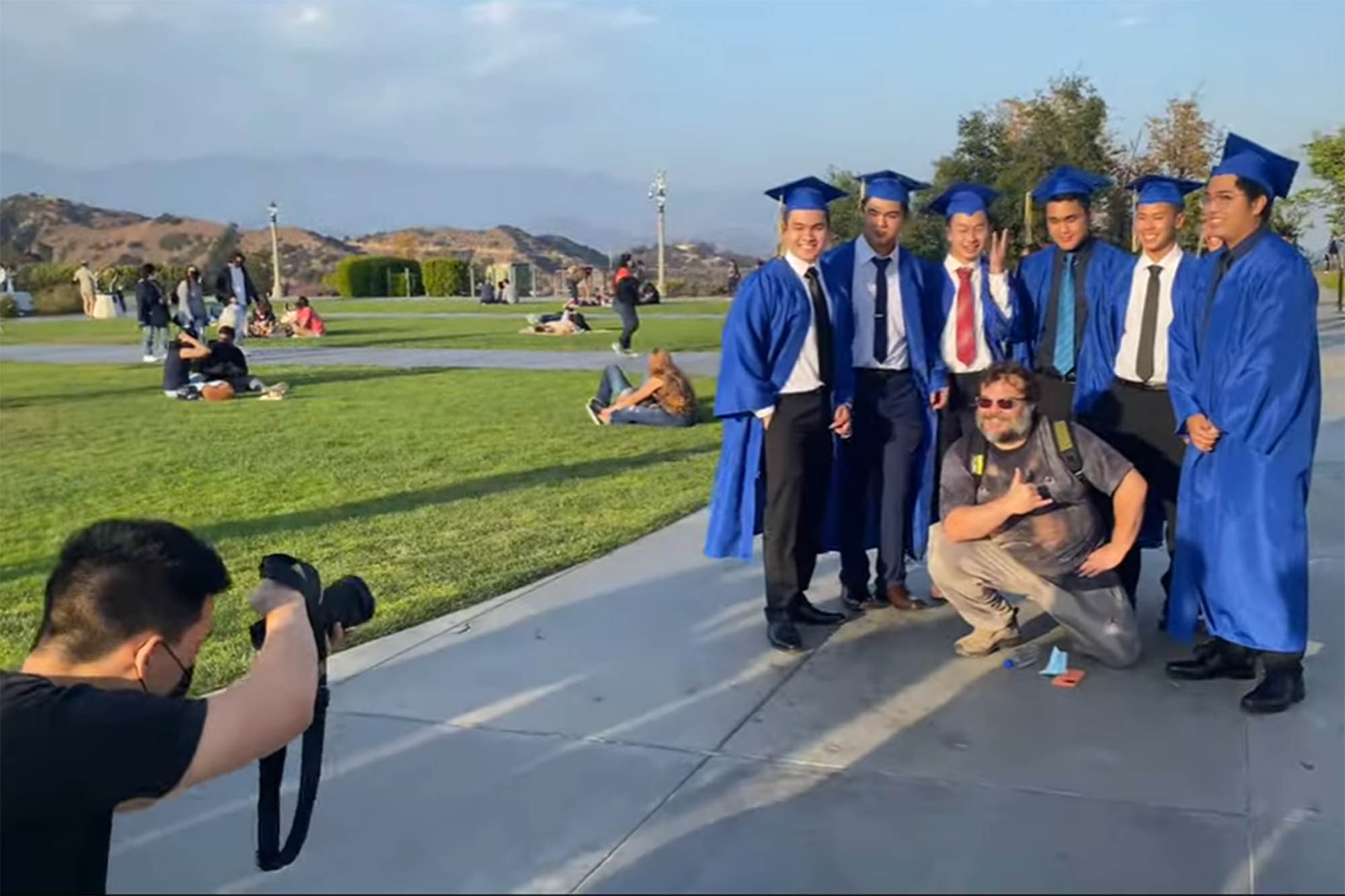 The “Jumanji: The Next Level” star recently went viral after fans rediscovered his body-positive messaging in “School of Rock.”

In the heartwarming scene from the 2003 comedy, Black’s character, wacky teacher Dewey Finn, convinces stage-fright-stricken student Tamika (Maryam Hassan) that she can be a star despite her weight.

“Tamika, you’ve got something everyone wants,” he exclaimed to his hesitant pupil. “You’ve got talent, girl. You have an incredible singing voice, and I’m not just saying that.”

Despite having a “weight issue,” Black hilariously claimed in the movie that people “worship” him when he gets onstage because he’s “sexy.” A recent Twitter poll found that he was hotter than Hollywood heartthrob Chris Pratt.

Unconvinced, Tamika inquired, “Why don’t you just go on a diet?”

“Because I like to eat, is that such a crime?” Black responded.

“Jack Black is a testament to living and loving who you are as a person and f–k anyone who says otherwise,” seconded another.