Apple’s new iOS 14 was unleashed late last month and it’s certainly a very exciting update from the US technology firm. This major software upgrade includes numerous changes with the most dramatic being the option to finally add Android-style widgets to your homescreen,

These little squares of information can be changed to show anything from weather, music or the latest news. You can even add multiple widgets making your screen look far more useful.

Other changes include improved messaging, more Memoji characters and picture-in-picture video so you can surf the web while watching YouTube.

iOS 14 is still a few months away from an official release but, if you can’t bear to wait that long, there’s a simple way to try out all the exciting new features before almost everyone else.

Apple has now launched its public beta programme which means you can download the new version of iOS long before it’s pushed out to millions of iPhone owners across the globe.

“Help make the next releases of iOS, iPadOS, macOS, tvOS and watchOS our best yet. As a member of the Apple Beta Software Program, you can take part in shaping Apple software by test-driving pre-release versions and letting us know what you think.” Apple confirmed on its site.

YOU CAN FIND THE iOS 14 BETA PAGE HERE 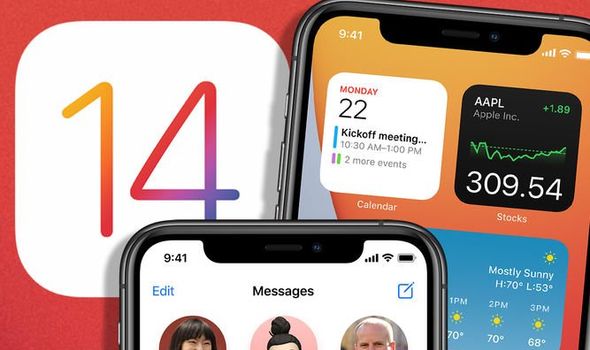 Before you get too excited about showing off to your mates with a new look to your iPhone, there are some things to remember about the public beta. Most importantly, this is not by any means finished software.

In fact, that’s the whole point of Apple making it available early as it means you’ll be tasked with reporting any bugs, incompatibilities, or glitches found in the early software.

This gives the US firm plenty of time to iron out issues before millions of people attempt to download on launch day.

Because it’s not the final build, Apple advises that users should not download the iOS 14 beta on their primary smartphone. Instead, to avoid any phone-crashing nightmares when you really need to use your smartphone, the software should be installed on a secondary iPhone. 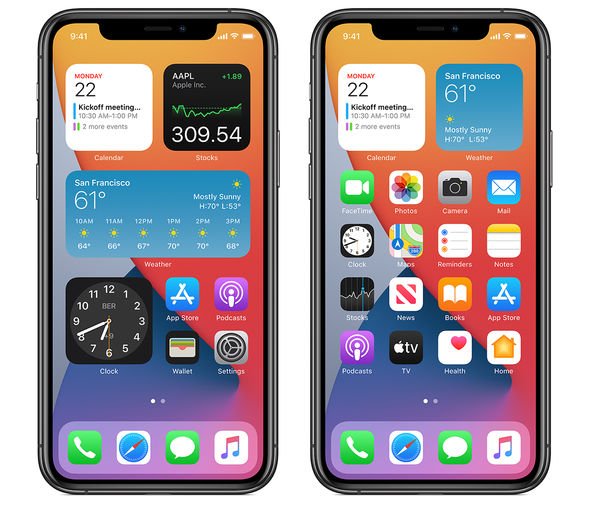 If you are happy to proceed then it means you’ll get play with some big new features months early and those who have signed up for alerts on the public beta release will be the first to hear the release news.

Here’s just some of what’s new in iOS 14

Perhaps the most exciting is the introduction of widgets. Yes, you will soon be able to transform the homescreen with everything from weather widgets and emails to activity levels and music. You can even change these information-packed squares to any size and add as many of them as you like.

And that’s not the only change as Apple is also adding something called App Library which allows you to hide those endless apps filling up your phone without actually deleting them.

Other updates include a better way to message your mates with group chats now easier to organise plus there’s some fun new ways to spruce up your Memoji characters with additional hairstyles, headwear and accessories. iOS 14 also brings picture-in-picture video to the iPhone for the first time. So, you’ll be able to carry on watching the football while you surf the web or chat with friends on WhatsApp.

Finally, Apple has changed how some apps work on iPhone. Instead of downloading a dedicated application for every takeaway order or cinema ticket purchase, Apple is now letting you access the most important part of the app straight from the homescreen. Called App Clips this addition will make it much faster to interact with a range of products and services and means your iPhone won’t be full of apps you’ve only used once.