No, this is not a new iPad from Apple – despite what your eyes are probably telling you. With numerous similarities and a look that could’ve come straight from Apple’s legendary design studio, this new device is actually Huawei’s latest attempt to carve out a portion of the lucrative tablet market.

Called the Huawei MatePad Pro, this gadget packs some pretty impressive features, including an almost bezel-free 10.8-inch touchscreen, speedy Kirin 990 processor and support for wireless charging – that’s a first for any tablet.

Along with wire-free refuelling, MatePad Pro can also be fast-charged and the Chinese firm is boasting that its iPad lookalike “delivers outstanding performance and battery life.” To make this device seem even more like something from Apple, Huawei is launching an M-Pen stylus (£99) which, like the iPad Pro, attaches and recharges via magnets on the top of the device.

And there’s also a Keyboard case (£129) which helps turn this tablet into a true laptop competitor – helping you compose emails, fill-out forms, and more while on the move. These accessories would usually need to be purchased separately but Huawei is currently giving them away for free to anyone who pre-orders the £499 Huawei MatePad Pro. 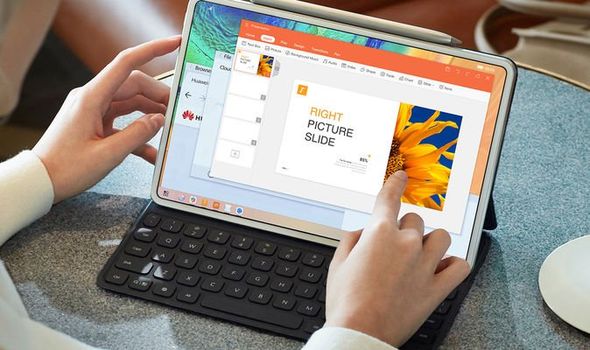 That’s a very impressive deal that will save you a total of £229.98 off the usual price. This free gift is certainly something Apple is never likely to match with its Keyboard case and Apple Pencil costing in excess of £200.

You can find the deal here but before you hit the buy button there is one big thing to remember. Huawei is still being hit by the US trade ban which means it can’t use any of Google’s popular services.

That means you won’t find any Google apps on this device including Gmail, Maps or the Play Store. Huawei is trying to combat this glaring issue by launching its own app store and by offering a service called Phone Clone which transfers many of your existing applications from one device to another.

Although this goes some way to help there’s no question that the lack of Google is a problem and it’s worth being aware of before considering this tablet.

Speaking about the new tablet, Wang Yinfeng, President of PC and Tablet Product Line, Huawei CBG: “More than just an aesthetic masterpiece or a mobile cinema, the HUAWEI MatePad Pro represents how we at Huawei rethink creativity and mobile productivity. It is an enabler for consumers to express their boundless creativity and is the perfect device for anyone who is looking for a smarter way to turn ideas into reality.”