In particular, when Pip Hare set off on the 28,000-mile Vendée Globe yacht race in November last year, she knew she would have to battle high winds, huge waves and extremes of temperature. What she wasn’t expecting was that her bid to sail solo around the world might be sunk by a Portuguese man o’war. The venomous sea creature has a powerful sting that has been known to kill humans. “It was so unexpected and that made it hard to deal with,” says Pip, a sailing coach and journalist.

“It stung me and left a burn on my back, and I had an allergic reaction.

“I ended up covered in blisters and rashes, and my face was swollen. What I think now is it spread its venom around the boat, so I kept coming into contact with it.

“It coincided with me crossing the Equator. I had no shade outside where it was 40C and it was incredibly humid below deck. The sun was blistering but I couldn’t allow it on my skin.

“Plus, I had to do my daily checks, squeezing into tiny gaps on a boat that was wet and salty. It was so painful. I had to dig really deep to carry on.”

But carry on she did – and not only that, but Pip managed to defy expectation to become the first British sailor to cross the finish line this year, and only the eighth woman in the race’s history. The skipper, 47, who grew up in East Anglia and now lives in Poole, Dorset, was considered one of the underdogs, having only started racing in this yacht class in 2019.

This was her first attempt at the Vendée Globe. The solo race takes place every four years and starts and ends at Les Sables-d’Olonne in the Vendée region of France, with boats sailing south round the Cape of Good Hope, underneath Australia, past Cape Horn and then north to France. 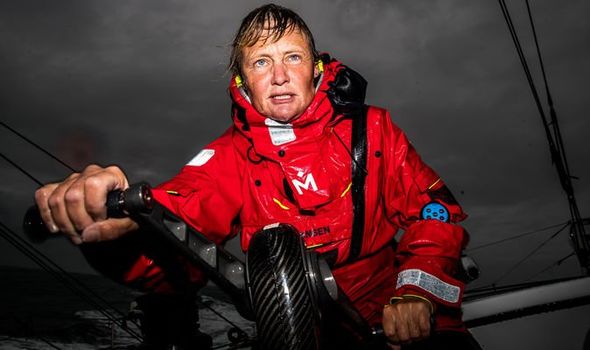 It is one of the few sporting events in the world where men and women compete on equal footing. This year, three out of the four British entrants were female.

“It is tough to get into the sport and we’ve had to fight to do what we want, which perhaps gives us the grit and determination we need to succeed,” says Pip, who started sailing with her parents and has dreamed of doing the race since she was a teenager.

“Once you’re on the water, we are equal. No one says, ‘Oh she’s doing well for a woman’. It goes unnoticed.

Where the disparity lies is in the boat itself. Many of the 33 entrants had state-of-the-art “foil” boats, which are inherently speedier, while Pip was in a veteran 21-year-old craft which had seen better days.

Plus, while higher profile competitors have million-pound sponsorship deals, Pip crowdfunded her campaign and operated on a tiny budget. Then in June 2020 her title sponsor Medallia came on board – and funded a full refit of her boat, giving Pip the best possible chance. 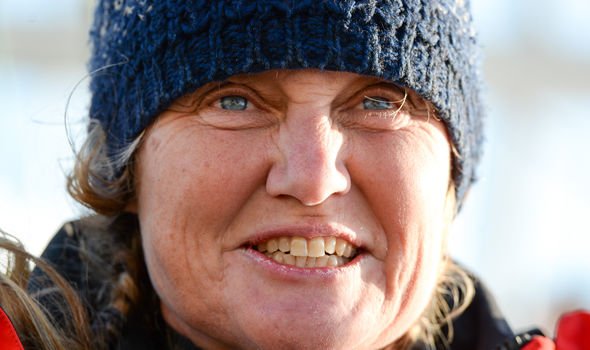 “Halfway, I was placed 15th and had four foiling boats behind me,” she says. “I got attention because I was where I shouldn’t have been – arguably I should have been at the back. I was pushing all the time, competing as hard as I could.”

But the Portuguese man o’war was not the only hazard Pip would face out on the oceans alone. Mechanical failure was also an issue. “I broke a rudder, in the Southern Ocean in one of the most remote places in the whole world.

The weather there is awful, so I had to fix it between gales. Normally you have a team of people and you lift the boat out of the water – but I did it in the waves, on my own,” she says.

“In the moment, I didn’t realise how hard it was – I had to deal with it, there was no other option.” And aside from the moments of high drama, there are the daily mental and physical battles contestants must cope with – from lugging 90kg sails around to living off freeze-dried food.

Pip says: “You’re being thrown around all over the place, it’s freezing, wet, noisy, you can hear all these rumblings and slapping as massive volumes of water come over the deck. Then at some point you have to eat and sleep too.”

The yachtswoman, who sailed back home to Poole on Thursday, had to survive on four hours of sleep every 24 hours. But not all in one go – instead, she learned to cat-nap. 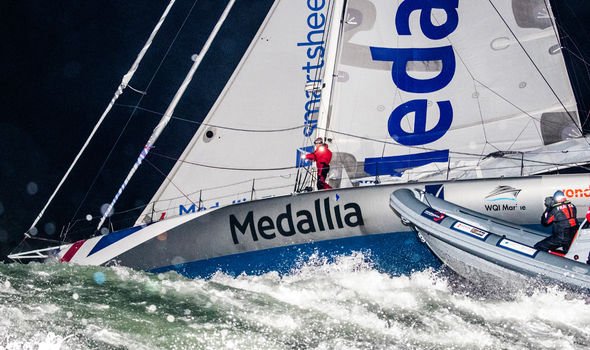 “The boat does have autopilot but you are in an ever-changing environment so you can’t sleep for a long time,” she says.

“I would sleep for around 30 minutes and if I was in a period of stability, I would bank sleep. But if it was really rough, I’d sleep for 10 or 20 minutes and then get up and do what I needed to do. You need to be aware where your red line is with fatigue. The same with food – I lost too much weight and I just needed to keep eating.

“Whenever I wasn’t sure what to do, it was eat, drink or sleep.”

Mentally, Pip did not find the isolation a struggle. “How many times in life are you able to be focused on just one thing?” she says.

What was harder was dealing with the “anxiety of pushing the boat to the edge of its capabilities” and the aftermath of making wrong decisions.

“You might take weeks to gain a lead of 125 miles only to sail to an area with no wind, and in a day the guys behind you sail back up to you again. It’s difficult to forgive yourself for making that mistake,” she says. 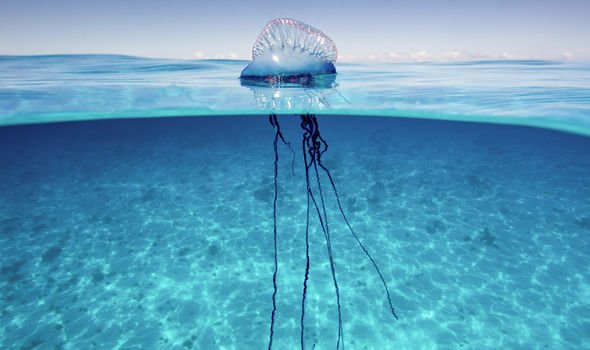 However, there were many high points during her incredible three-month voyage.

Pip says: “I’m very happy in my own company, being absorbed in sailing and being in the middle of the ocean. It’s my happy place – the sunrise, the birds, the shape of the waves. And all the time I was in contact on WhatsApp and a boat phone. My brother would send me a message taking the mickey and my goddaughter would send videos. I felt as connected as I ever have – it was wonderful normality.”

During the final week of her race Pip turned 47 – and that was the moment her story went viral. A DJ friend from BBC Radio Solent, Steve Harris, got celebrities to record messages and tweeted actor Russell Crowe. He was stunned to get a video back from the Master And Commander star.

Pip laughs: “It was unbelievable, so left field and completely surreal. But the wider story touched me too, the fact Steve had gone to the effort.

I had messages from Ellen McArthur, whose record I was trying to beat, from Ben Ainslie in New Zealand and Griff Rhys Jones. It was the most amazing present for someone who’s been on their own for that long.”

Pip and her boat, Medallia, crossed the finish line, exhausted and elated, in 95 days, 11 hours, 37 and a half minutes, in 19th position in the early hours of Friday, February 12, having sailed the nearly 28,000 nautical miles. But there was only one “fly in the ointment” – the pandemic.

Normally 350,000 people watch the start, but on November 8 contestants sailed off in eerie silence, hoping friends and family would be there on their return. It was not to be. “I imagined big, emotional moments and sharing them with everyone who supported me ,” she says. “That has been a disappointment and I do feel I’ve been cheated out of something.

“But I won’t let it detract from the overall experience – I had an incredible race, I’m immensely proud, and it’s been the most awesome experience of my life.”

However, like all true adventurers, Pip’s quest does not end here.

She now has her sights set on the 2024 race and this time wants to do it in a foil: “What drives me is pushing myself. I’ll never get to the stage where I’ll say I’ve done enough. I want to continue improving. My aim is to be in the top five next time.”