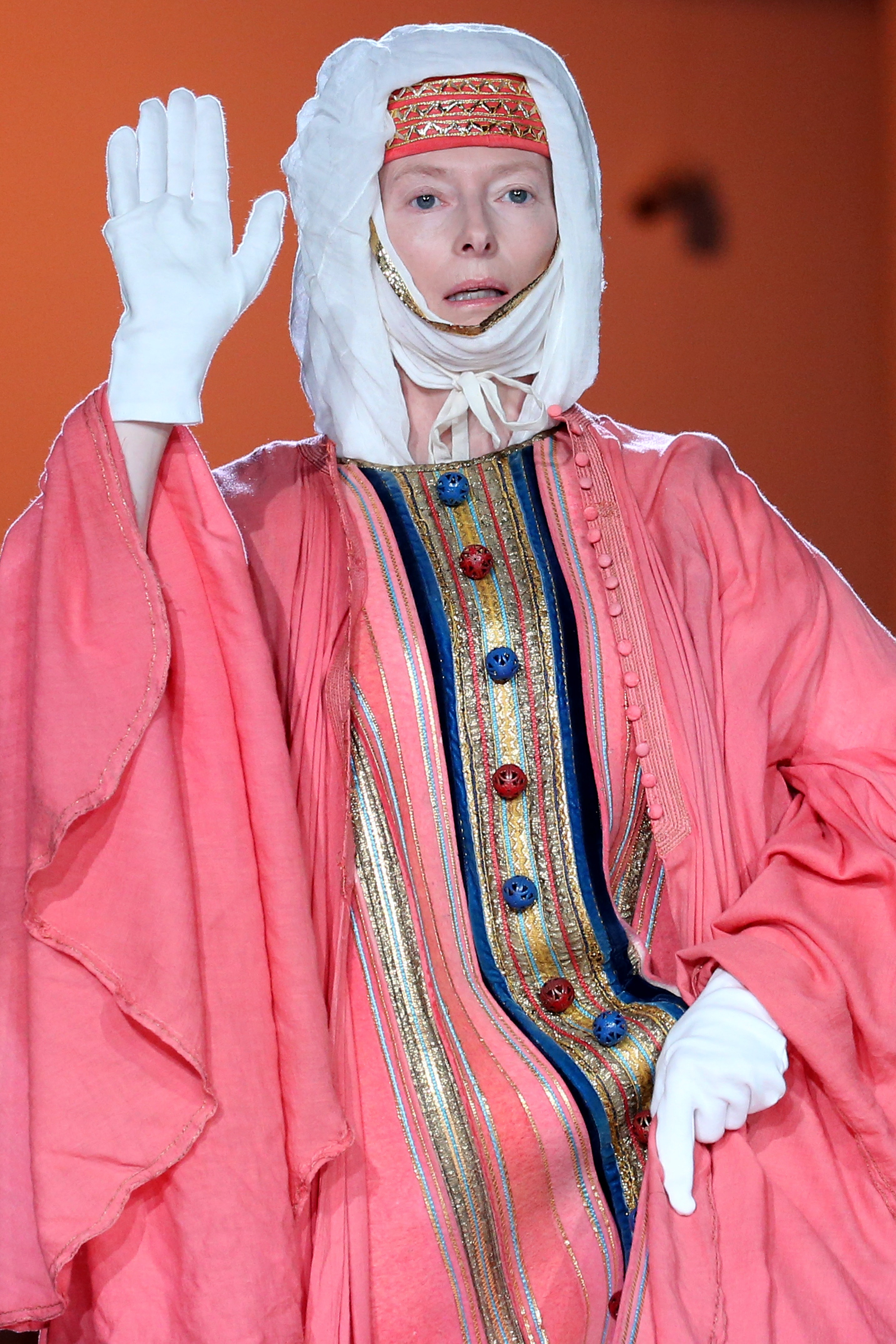 You never know what to expect from the enigmatic Tilda Swinton when she attends a work event, the most recent of which was on Thursday at Rome’s ongoing exhibition “Romaison.” Along with the fashion historian Olivier Saillard, the Academy Award winner offered a preview of her tribute to the late, highly influential director Pier Paolo Pasolini, and particularly the costumes in Pasolini period films like Oedipus Rex (1967), The Decameron (1971), and The Canterbury Tales (1972).

Anyone other than Swinton likely would have done so via a fashion show, or simply a guided tour—at least for Thursday’s press conference, ahead of Embodying Pasolini’s official premiere. Instead, she and Saillard settled on full-on staging the “performance presented as an exhibition in progress,” which stars Swinton unpacking and then familiarizing herself with the clothes. Saillard occasionally assisted, but for the most part, Swinton slowly performed actions like silently encircling the costumes, airing them out, and draping or wrapping them around her head.

The array of wooden hat blocks on view with the 40 costumes are meant to “lend a mysterious character to the atelier’s space.” Not that that’s exactly necessary: The “Romaison” exhibition pavilion is inside the Mattatoio, a former 19th-century slaughterhouse, complete with metal meat hooks. Even eerier, Swinton maintained her silence as she attempted to give the garments a life of their own. “It is up to her to conjure from a sleeve’s holes and gaps what a dialogue,” Saillard said ahead of the press conference. “An exchange between actors or a scene consisted in.” (Public intervention is welcome at Friday’s premiere, which will be live-streamed.)

Confused? Swinton’s explanation to Reuters may or may not help clarify. “The performance is really the creation of an exhibition, and we are curators,” she said. “It’s real. It’s not a fake, it’s not a fiction. We are creating an exhibition here,” and “figuring out how to embody Pasolini.” Swinton, too, is a little lost: “Honestly, even Olivier and I, we don’t really know what we are doing,” she continued. “Which I think is a great place to start.”