A FUMING Scotland supporter was spotted trying to kick a table and missing on live TV during their Euro 2020 exit at the hands of Croatia.

Steve Clarke's side went into their final Group D game against Croatia on Tuesday evening needing a win to progress to the last-16. 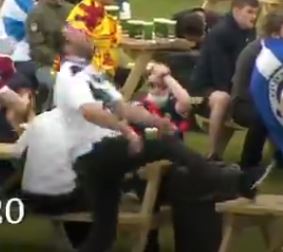 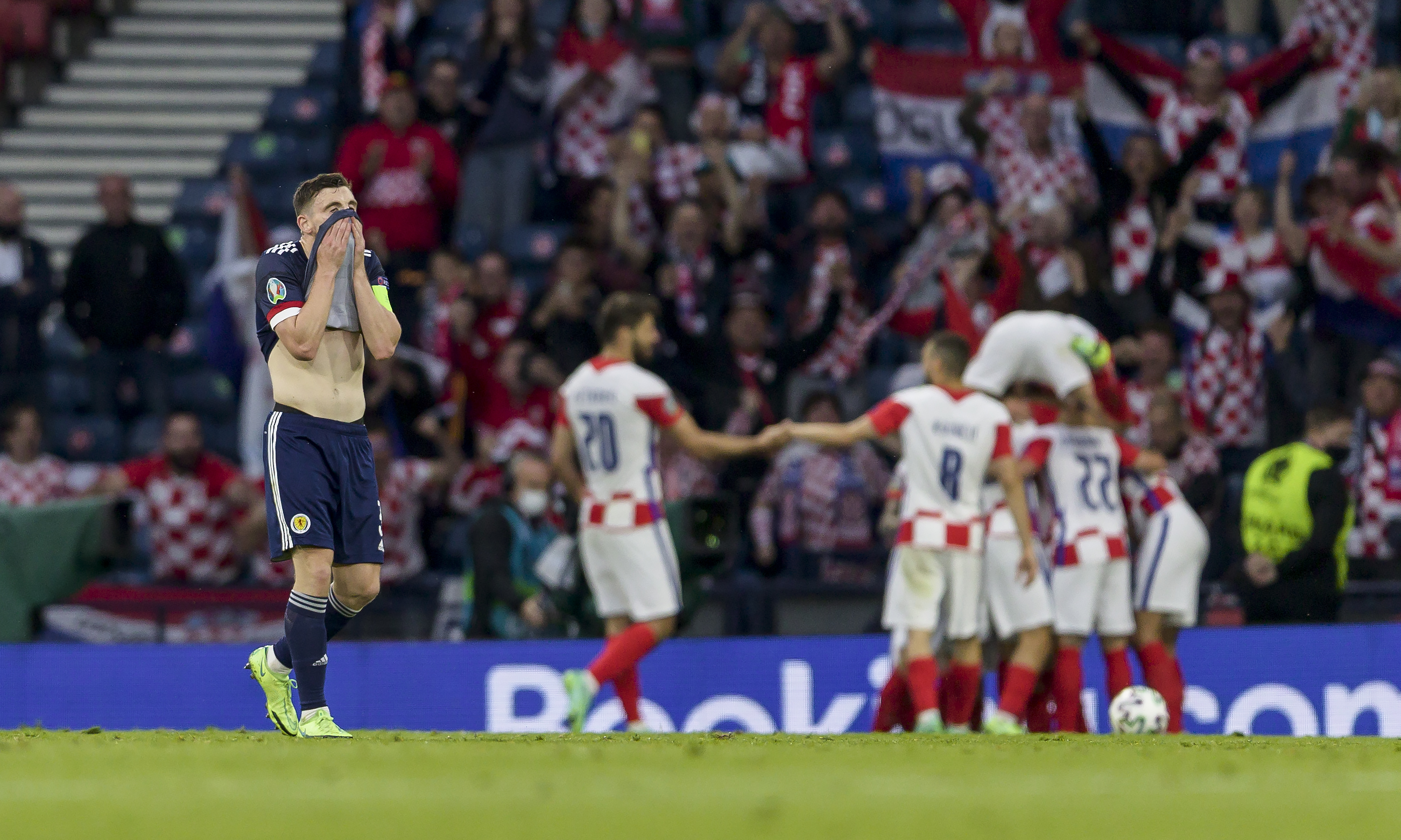 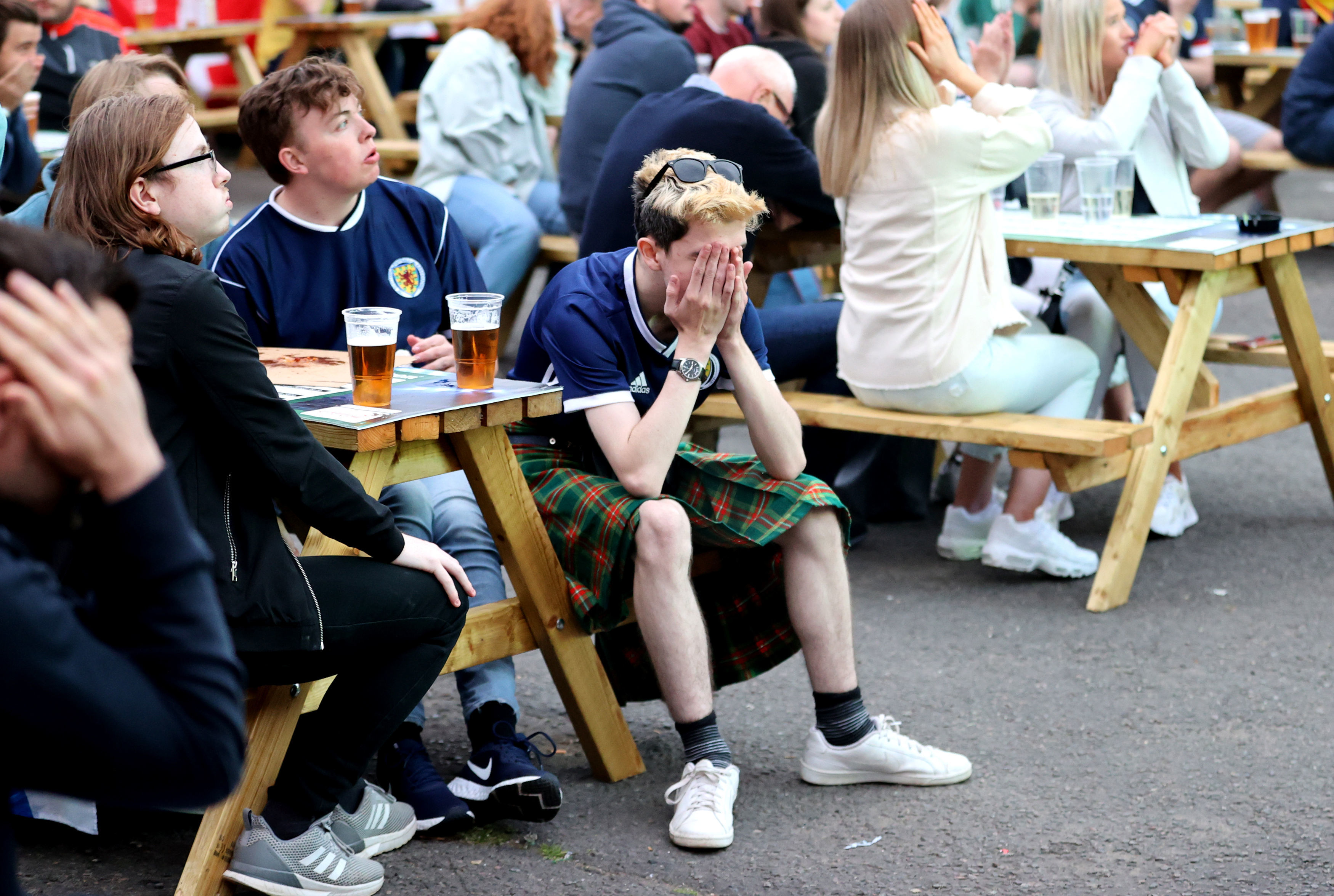 But a 3-1 defeat meant they crashed out of the competition – once again missing out on the knockout stages.

And one unlucky fan had his misery compounded after he was caught taking a swing and a miss at a table on live TV.

The BBC had a camera fixed on Scotland fans watching the game, dressed head-to-toe in blue and white, Saltires and Royal Banners.

And the TV cameras caught a little more than they bargained for after the emotion became a too much for one supporter.

As Scotland slipped behind to a sea of devastated faces in the fan-park, one man stood up and looked to take his anger out on a table.

But as he aimed a monster kick, he utterly fluffed his lines and ended up aggressively perching his foot on the table-top, before trudging back to his seat.

Not only was the mis-kick spotted by those around him, it was also captured on live TV and shown during BBC's News at Ten.

Viewers were quick to spot it and poke fun of the hapless fan on Twitter.

One wrote: "As if his night wasn't bad enough he's gonna wake up famous tomorrow."

Another added: "If ever a video summed up Scottish football, and Scotland’s prowess in international tournaments, this is it."

A third joked: "He could play up front for Scotland with skills like that. Better than the strikers you currently have."

But Scotland fans themselves even got in on the banter, with one tweeting: "The fella wouldn’t look out of place up front for us tbh with that finishing."

Another added: "At least he took a shot.. should get the nod over Lyndon Dykes." 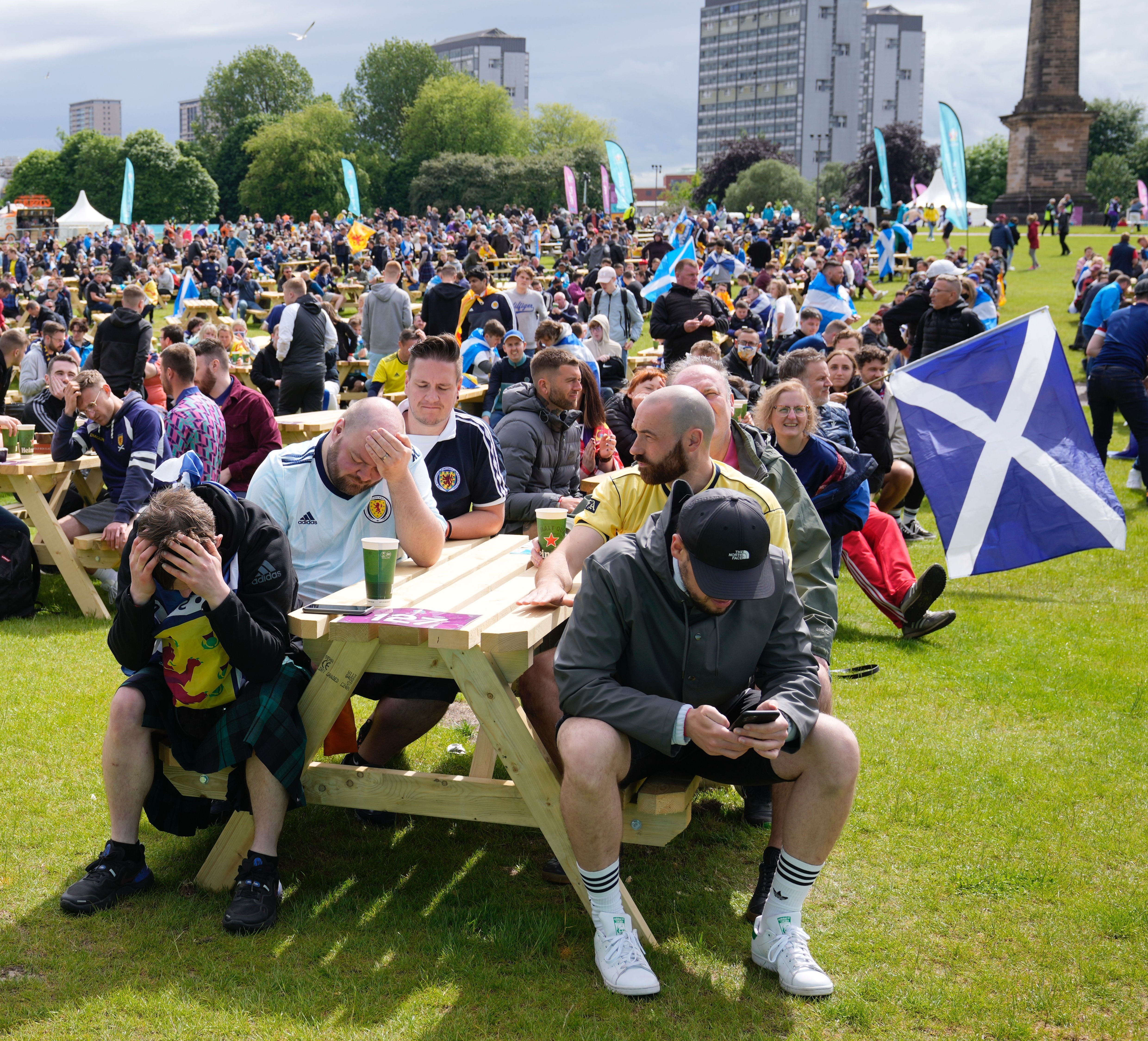 Callum McGregor's rocket late in the first-half gave the Scots hope of a famous win.

But a Luka Modric stunner and a flicked header from Ivan Perisic saw Croatia run out 3-1 winners.

With the result, Croatia leapfrogged Czech Republic – who lost 1-0 to England at Wembley – into second.

Scotland finished the group in fourth with just one point having lost to the Czechs and drawn 0-0 with England.