Our leaders were like two budgies squabbling over a crumb of cuttlefish: HENRY DEEDES watches Boris Johnson and Keir Starmer go head-to-head at PMQs

Over seven long minutes Boris Johnson and Sir Keir Starmer went at each other – and how. Gnawing, jabbing, poking one another.

Peck, peck, peck. Nip, nip, nip. It was like watching two budgies squabbling over the last crumb of cuttlefish.

For the second week in a row at PMQs the pair were immersed in petty point-scoring over the reopening of schools. And what a wearying sight it was. 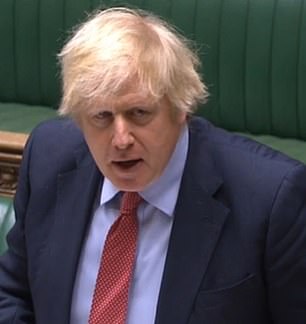 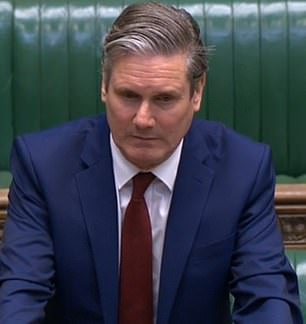 The education of a generation is at stake – not to mention those poor parents being driven potty by the demands of home schooling – and here were our two leaders behaving like whiny toddlers.

Sir Keir was half way through his allotted questions when he once again decided to have another moan about a letter he’d written offering to help with getting teachers back to work.

Boris, he pointed out, hadn’t even bothered to reply. How hurt the poor lamb sounded. How wounded.

Boris trotted out the same excuse as last week. He had tried to reach an agreement on schools with Starmer ‘over a modern device called the telephone’ which, he claimed, his opponent squirmed out of later on.

Oooh, this got right under Sir Keir’s fingernails. He bolted for the dispatch box.

‘Let’s just have this out,’ he spluttered. Here was a rare flash of Starmer anger. It hasn’t shown itself before.

‘The Prime Minister and I have never discussed our letter in any phone call; he knows it, and I know it.’

He accused the PM of ‘flailing around trying to blame others’ while children suffered. Boris pulled an exasperated face, which seemed to ask: ‘Who is this numpty?’

He accused Starmer of trying to have it both ways. Last week he said classrooms weren’t safe enough to return to, this week he wants children back there quicker. Sir Flip-Flop, if you will.

‘One brief one day, one brief the next,‘ the PM chuntered. ‘I understand how the legal profession works… but what the public wants is consistency.’

That gag at least raised a laugh on the Government benches. Sir Keir’s face, meanwhile, remained stiff as a gargoyle.

The best that can be said for Boris yesterday is that he has recovered a bit of va-va-voom. 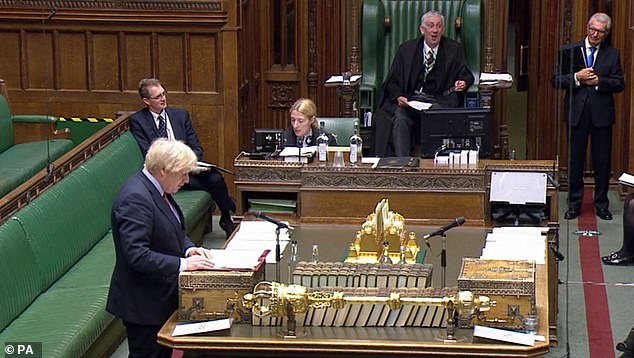 For the first time since returning to the chamber after contracting Covid-19, he actually looked like he wanted to be there.

Appearance-wise, he remains a lost cause. His jacket and trousers did not appear to match, and his barber may need to arm himself with something from Black & Decker when he’s finally let loose on his hair.

As for Sir Keir, I fear this earnest, lofty act of his is already wearing thin. It will start to grate with people after a while.

At the start of the session, he repeated his trick of sombrely reciting the latest Covid-19 death figures as a way of shaming the Government. It was a bit much.

Soon the monitors flashed to SNP leader Ian Blackford for some light relief. He was sporting some rather spiffing Harris tweeds. Was he off deer stalking? Blackford was concerned about proposals to reduce the social distancing rules from two metres to just one.

He accused the PM of not bothering to read the relevant scientific papers.

Nonsense, said Boris… but hesitantly. He’d read ‘many papers’ on social distancing. Anyway, he was keeping the issue under review. 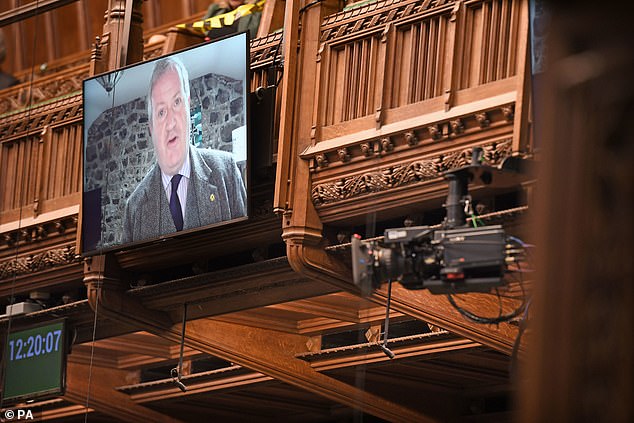 The thorny issue of race relations loomed. Acting Liberal Democrat leader Sir Ed Davey demanded an end to the police’s stop and search powers, which he claimed were 47 times more likely to result in a black person being stopped.

He fell out with Theresa May on this issue as I recall when she was in the Home Office. Kirsty Blackman (SNP, Aberdeen N) raised President Trump’s indelicate handling of the George Floyd affair.

What were the ‘many good qualities’ Boris had previously ascribed to Trump, she asked?

Boris pointed out that Trump was ‘President of the United States, our most important ally’ and that was all that needed to be said on the matter.

Biggest disappointment of the afternoon came when it was announced there’s no chance of pubs reopening before July 4 despite the rumours.

The last thing we needed was a ‘roiling, bacchanalian mass’ drunkenly spreading disease about, said the PM. Pah.

Still, how ridiculous that schools will have to wait so much longer.