WOKEN up with a runny nose and itchy eyes?

You might think you're coming down with a cold or Covid, but it could actually be the signs of hay fever. 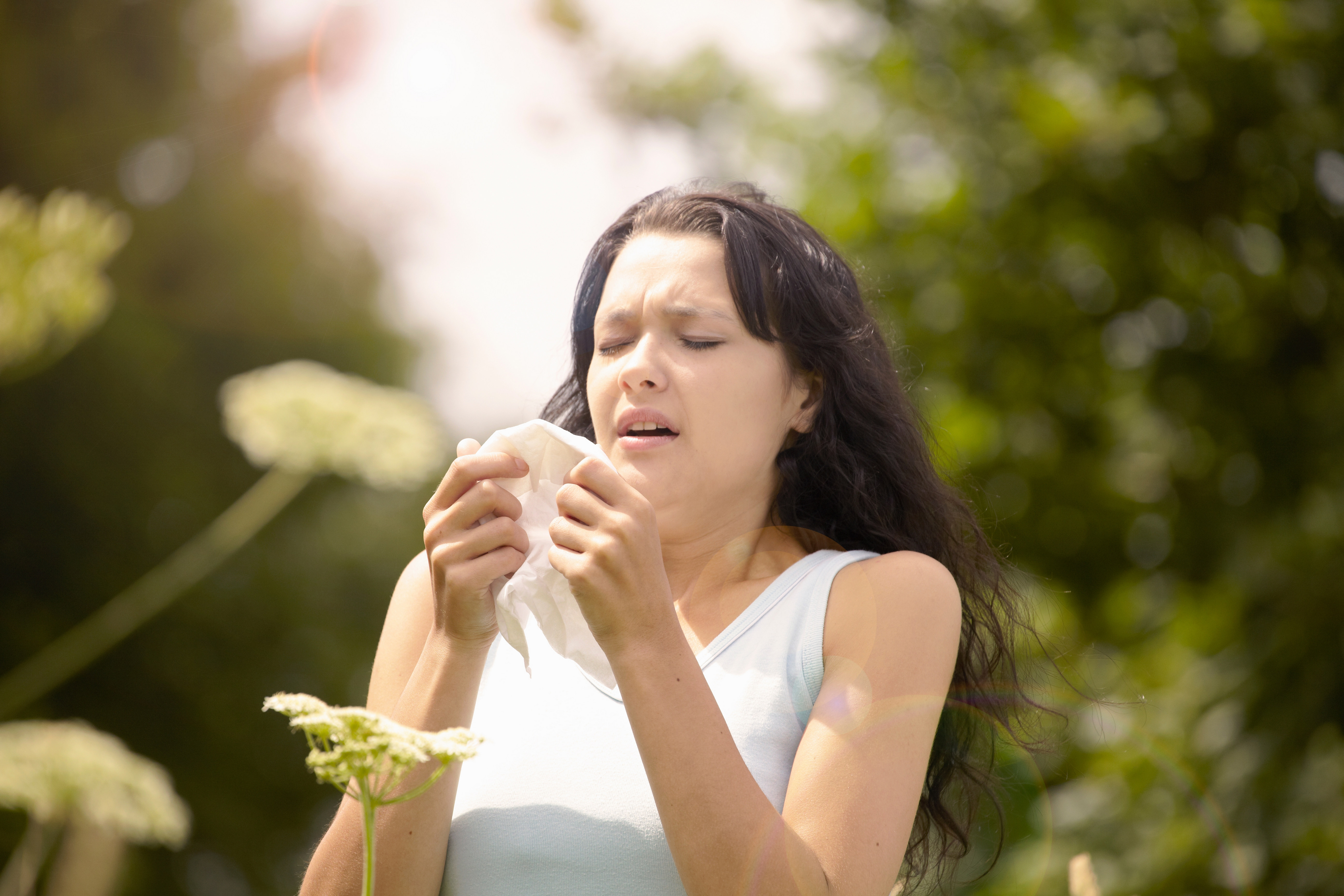 Hay fever season has already begun, as it does in March every year.

It's not just cut grass in the summer the causes sniffly noses.

Tree pollen – which affects one in four hay fever sufferers – is already being released across the country.

It's going to be in high levels this Easter Bank Holiday weekend, the Met Office has warned.

But there are ways to tackle pollen allergies, from having more sex to showering before bed.

Here are eight expert tips to help stifle the sniffles…

Getting between the sheets could help banish those exhausting hay fever symptoms.

According to scientists in Iran, there is a link between the nasal and reproductive systems.

They said that during orgasm the nervous system constricts blood vessels, which can ease a blocked nose and clear streaming eyes.

Neurologist Sina Zarrintan, author of the study published in the journal Medical Hypotheses, said his method would be a lot more pleasurable and far cheaper than taking antihistamines.

He said: "It can be done from time to time to alleviate the congestion and the patient can adjust the number of intercourses depending on the severity of the symptoms."

Experts at the Tabriz Medical University are yet to carry out clinical trials to prove their theory, published in the medical journal Medical Hypotheses.

But at least it's in keeping with expert advice to stay indoors when the pollen count is high.

Not only will a night time shower rid you of all the dirt from the day, it will also wash off any stray pollen.

This will prevent the pollen from ending up in your bed, where it could fester for days.

Sleep expert, Neil Robinson, said: "You might be a fan of a cool shower to wake you up first thing in the morning, but if your allergy symptoms get worse at night, it may be worth considering shaking up your shower routine.

"At the end of a long day, your hair, skin and clothes will be covered in micro-particles of dust and pollen, especially if you’re spent long periods outside enjoying the sunshine.

"A quick shower before settling down for the night can help remove these allergens before you sleep, reducing night time symptoms."

3. Take antihistamines at the right time

The once-a-day tablets can help ease the pesky symptoms of hay fever, but WHEN you take them could make a huge difference.

If your symptoms are worse around midday, then taking them first thing in the morning will be your best protection.

But if they make you drowsy then you're best taking them at night.

Dr Sarah Jarvis told The Sun: "Part of the problem with hay fever is it depends on when your symptoms start, pollen counts tend to be higher during the day.

"So we normally say if you are going to go out, go out early in the morning or late in the evening as pollen counts tend to be lower then."

The Met Office says: "On sunny days, the pollen count is highest in the early evening and that's when you are most likely to suffer from hay fever symptoms."

It may not sound like a hay fever cure, but washing your sheets can really help.

"The average person washes their bed sheets once every two weeks but in the summer months, twice a month is not enough to keep allergens at bay," said Neil.

"In hay fever season, consider washing your sheets once a week to keep sheets free of pollen, as well as dust and other particles that might make symptoms worse.

"A hot wash will also help. In a study, scientists found that washing items at hotter temperatures was more effective at removing traces of tree pollen, so when you wash your sheets, make sure it’s at a temperature of 40C or above – ideally at least 60C."

Don't worry, you don't have to get rid of your beloved pooch, just don't let them sleep in the bedroom.

Neil said: "Pet fur can be a magnet for pollen, dust and other allergens, meaning you’ll be the one to suffer when they climb into your bed late at night.

"With 10 per cent of people banishing their partner from the bedroom to make room for their furry friend, it might be time to evict your pet and invite your partner back in during the summer months if you don’t want your allergy symptoms to flare up."

6. Get the right bedding

If you have allergies, buy bedding that is specifically designed to keep dust and other nasties at bay.

"When it comes to the environment you sleep in, your mattress can be one of the biggest aggravators of allergy symptoms," Neil said.

"The average mattress can contain tens and thousands of dust mites and their waste, which are a serious irritant for people with allergies.

"It can be hard to banish dust mites for good, but a high-quality mattress which holds the Allergy UK seal of approval can help.

"If you suffer from an allergy, purotex microcapsules and tencel fibres are good materials to look out for when choosing a new mattress."

As soon as you get home, no matter where you have been, it's a good idea to get changed.

That prevents pollen from spreading through your house, or causing symptoms for as long as you are in the clothes, while lounging around at home.

Berries can act as an anti-histimine, it's thought.

They are high in vitamin C which assists with activity of DAO – an enzyme which mops up extra histaime in the body.

Stock up on berries (other than strawberries and kiwis), most fresh fruit and vegetables, eggs, olive oil and grains such as rice and quinoa.

Red grapes have resveratrol, an anti-inflammatory compound which serves to protect against nasal allergy symptoms and wheezing.

9. Put Vaseline in your nose

Thorrun Govind, community pharmacist and Chair of the Royal Pharmaceutical Society Board in England, suggests putting Vaseline around your nostrils to trap pollen.

It may sound slightly bizarre, but some people swear by petroleum jelly (like Vaseline) under and around the nose.

It catches tiny particles of pollen or pollution before they enter your nose.

Once they are trapped they can't irritate your airways and set of your hay fever symptoms.