Great British Menu viewers have criticised the decision to add subtitles to a partially deaf chef despite being ‘perfectly able to understand’.

Mark Aisthorpe, from Rotherham, who appeared on the BBC2 cooking show last night, was born with lung condition cystic fibrosis and reads lips due to partial hearing loss.

However viewers were unimpressed that producers decided to add subtitles to some sections of the programme in which the chef was speaking, while leaving them off others.

Many called the choice ‘patronising and offensive’ and were confused about the ‘inconsistency’ of the subtitles, while several others insisted the contestant’s speech was ‘clear as a bell’. 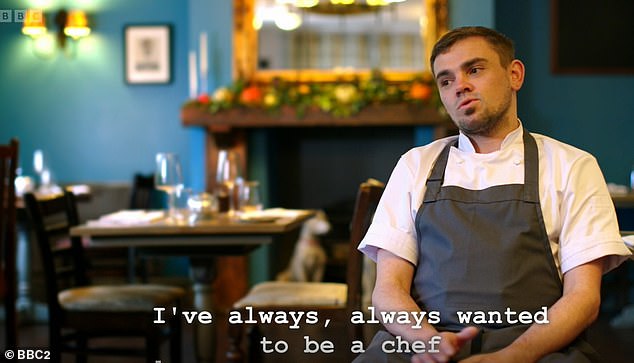 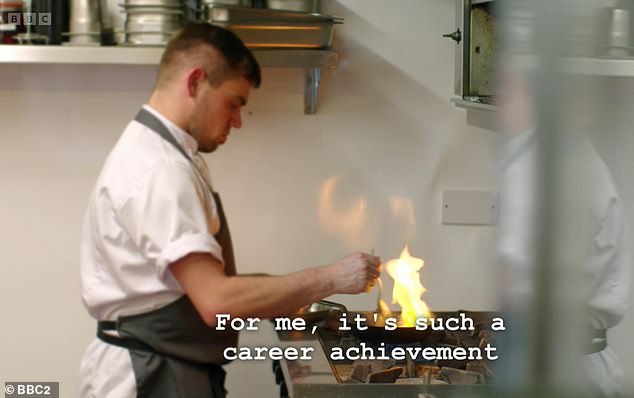 ‘It’s great to have a deaf chef on #GreatBritishMenu – he may need to lipread but I can understand Mark perfectly well without the subtitles, no need to patronise either him or us @GBMofficial’, wrote one viewer.

Another agreed: ‘I agree I could understand everything he was saying I found that offensive to him that subtitles were added’.

‘Another great episode of @GBMofficial tonight but just a note for @BBCTwo – I can understand Mark perfectly well without the subtitles #GreatBritishMenu’, said a third.

Another viewer said: ‘Subtitles. No subtitles. Subtitles. I can understand Mark perfectly and I don’t really like that subtitles are being used sporadically.’

Many called the choice ‘patronising and offensive’ and were confused about the ‘inconsistency’ of the subtitles, while several others insisted the contestant’s speech was ‘clear as a bell’

The contestant, who has worked with the likes of Gordon Ramsey and Marcus Wareing, runs the highly acclaimed Bull’s Head pub and restaurant in Holymoorside, North East Derbyshire.

Does Cystic Fibrosis cause hearing loss?

The genetic mutation that causes cystic fibrosis (CF) directly impacts many systems of the body but does not in itself cause poor hearing or hearing loss.

People with CF are often treated with a class of drugs known as the aminoglycoside antibiotics, such as tobramycin.

These powerful antibiotics are life-savers for people with cystic fibrosis. However, doctors have recently reported that these antibiotics can cause ototoxicity, or permanent hearing loss in CF patients, when used frequently in high doses.

‘I’ve always wanted to be a chef’, said Mark on the show.

‘For me it’s such a career achievement to be able to represent to North East.’

Due to his lung condition, which causes an increased risk for sensorineural hearing loss, Mark often has to spend weeks in hospital – but makes sure to never miss a service.

Taking viewers through a standard day receiving treatment, he explained: ‘Go to hospital in the morning, have IVs, come and do lunch service.

‘Go back to the hospital, have afternoon dose, come back, do evening service and then go back to hospital and have evening dose.

Mark, who says his ‘ultimate goal’ would be for his acclaimed restaurant to receive a Michelin star, managed to impress the judges with his culinary skills and made it through the show’s next round last week.

The programme was filmed from September last year, and Mark previously admitted that while the crew were massively helpful when it came to his hearing loss, staff wearing face masks made the process more difficult.

In an interview with Derbyshire Live, he said: ‘Our kitchen is all gas and all there’s are induction, so it’s learning to cook in a totally different kitchen, different equipment.

‘I’m half deaf as well, because we filmed through Covid everyone was wearing masks and I lip-read so that was daunting as well.’