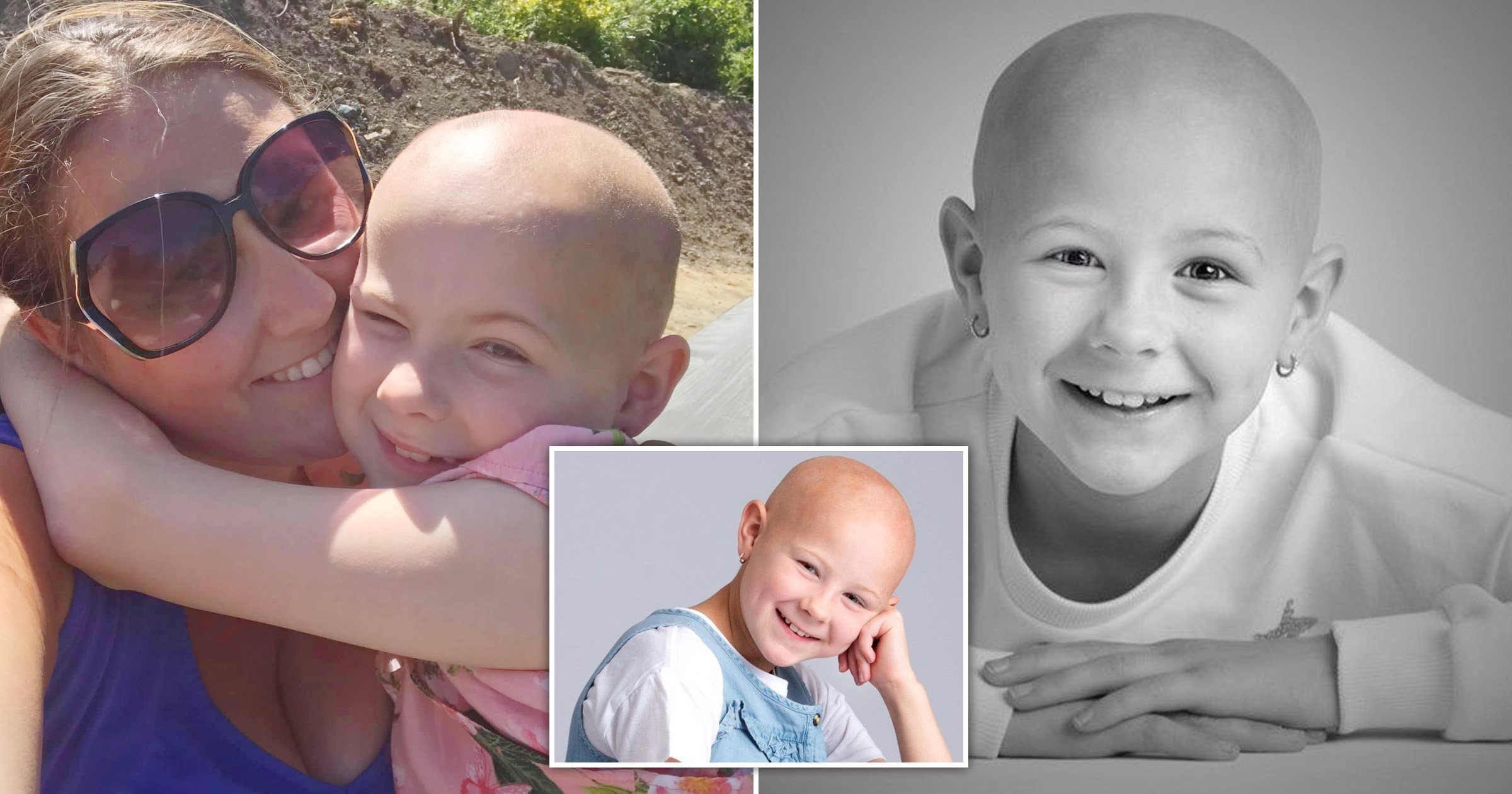 A 10-year-old girl, who went completely bald after being tormented at school, is hoping to raise money for a new hair loss treatment.

Bonnie Pullman first started getting bullied three years ago, when she was just seven, and the abuse from her peers led her to tears every day.

The youngster then began to lose her hair as a result of stress from her school life and was later diagnosed with alopecia.

But even when Bonnie’s mum, Wendy, stepped in at the school, and stopped the bullying, her hair still didn’t grow back due to ongoing anxiety.

The 34-year-old mum said: ‘She would come back crying every day from school, and that’s when we noticed hair missing from her head.

‘Then we were told it was caused by alopecia, which was linked to the stress that she was going through at the time.

‘It got to the point where she wasn’t really eating, and I could see it was affecting her a lot, so I did go into the school, and they dealt with it really well, and it stopped.’

However, when the school closed for six months during lockdown, Bonnie’s hair started to grow back.

But two weeks after the children returned to school, it fell out again – and she’s had none whatsoever since.

Wendy explains this has also affected her daughter’s mental health.

She explains: ‘It caused her mental health to completely spiral, and it got to the point where she wasn’t really eating. And because of the hair loss, it’s created so many mental health issues for her – body image is the main one.

‘She doesn’t like herself in her own body, and she’ll say things like, “My friends are pretty, I’m not pretty.”

‘And she won’t go swimming with the school because she won’t let anybody see her in a costume.

‘The only thing we can do is be strong for her and tell her how beautiful she is, and to us she is anyway – hair or no hair.’

The mum now hopes a new prosthetic hairpiece will help get Bonnie’s confidence back.

The product, which will be created from a 3D mould of Bonnie’s head, can stay in place for two years after it’s sealed in place – using long-lasting adhesive.

Yorkshire Hair Clinic, in Huddersfield, has also volunteered to help the family raise £5,000 needed for the hair piece, by organising sponsored events over the coming months.

Wendy says the hair piece will be particularly great for Bonnie if she attends senior school next year.

She continues: ‘Bonnie has been really strong for the last three years, but now she’s turning 11, and the hormones are kicking in and with everything around body image, it’s where the struggles have hit.

‘Over the last few months, in particular, she’s found it very difficult, so it really would be life-changing for her.’