A decade ago, when she was directing the music video for Gotye’s Somebody That I Used to Know, Melbourne filmmaker Natasha Pincus knew it was bound to make an impact. But did she know it would clock up almost two billion global views on YouTube?

“Well, yes, of course,” she laughs, perhaps only half-sarcastically.

Pincus’ music video career began with Paul Kelly’s eerie God Told Me To in 2007. Her goal at the time, she says, was to make work that “lifted up the medium in Australia”, in the way that Spike Jonze, Chris Cunningham and Michel Gondry had done overseas. 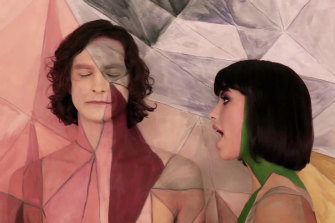 Gotye and Kimbra in the film clip for 2011’s Somebody That I Used to Know. Credit:

“I wanted to be part of something that was a global sensation. So of course I didn’t know, but I had a good hint that the song was going to take off.”

While music videos had existed before 1981 as a promotional tool to help record labels publicise new songs from their artists, MTV supersized the format with their 24-hour-a-day access.

“There’s no question how much impact they continue to have on so many elements of pop culture in terms of our dances, our hairstyles, the clothes we wear. And they’re probably even more influential today just based on the wider distribution they have.”

For music fans, the appeal is obvious. Pincus recalls the joy of watching David Bowie’s early ’80s music videos – the white-gloved pub-partying in Let’s Dance, the bare-chested posturing in Fashion.

“It’s a way to see your heroes in a different light, all camped up and doing crazy stuff,” says Pincus.

Given their tight production runs and budgets, the genre has also long offered filmmakers a space for adventurous experimentation.

“Think of someone like David Fincher, who is one of the greatest filmmakers on the planet. He’ll use music videos as a place to try new things that are a bit more risky,” she says. “You can take a crack at new technology or cross-fertilisation of different disciplines, like pairing contemporary dance and animation together.” 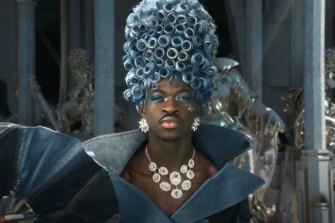 “You look at something like Olivia Rodrigo’s Drivers License, which in its first 14 days in Australia had a million views, or Lil Nas X’s Montero that debuted to 1.5 million views in Australia, those are big numbers,” he says.

Global viewing figures for recent music videos are even more astounding. Justin Bieber’s Sorry has accumulated 3.4 billion views since its release in 2015, while Luis Fonsi and Daddy Yankee’s smash Despacito, released in 2017, has 7.5 billion views. For major record labels such as Sony and Universal, who are the majority owners of Vevo, the promotional reach of music videos is stronger than ever.

In recent years that traditional function of music videos has faced an existential threat from social media, particularly TikTok. Artists such as Rodrigo and Benee, Australia’s Masked Wolf and even Fleetwood Mac have seen their tracks soar up the charts and into the cultural zeitgeist after being featured in clips on the social media platform.

It poses an uncomfortable question: why would a record label invest in music videos when it can get similar reach from being featured in a throwaway clip from a TikTok influencer?

Pincus says while any new avenues for people accessing music is a good thing, there is a threat that funding, or even interest, wanes in pursuing music videos.

“I would hate to see one trump the other,” she says. “TikTok’s good fun, a good place to play and good place for audience engagement but I think they serve different needs. Like, just ’cause I can watch YouTube doesn’t mean there shouldn’t be TV shows.”

Sos is confident in the genre’s staying power, noting that when a song goes viral on TikTok, the views on its music video rise accordingly.

“Look at the Rick Astley music video that’s just ticked over a billion views, largely due to rickrolling,” he says.

“I don’t see social media as a threat to what we do. Record labels have to make sure they intersect with consumers of music in every possible way people may consume it. But I think even in 40 years’ time we will still be talking about the enduring power of the music video.”