Night at the museum! Social media users recreate their favourite works of art with items from around the house – and the results are a masterpiece

Bored families are recreating famous works of art in their own homes and gardens – using props such a nude husbands, ponds and pets.

Samantha Tedd, 44, recreated John Everett Millais’ Ophelia at her home in Clipston, Northamptonshire – by throwing herself in the garden pond.

Elanor Barnett, 27, recreated A Roman Osteria by Carl Bloch at her home in Cambridge – using lockdown staples of baked beans and pasta.

Moscow-based Ilya Sirin, 48, recreated Gustave Courbet’s ‘The Woman in the Waves’ from 1863 – with Ilya posing in the iconic position while in the bath.

Others were part of Russian Facebook group *********** (Insulation) which asked families to use household objects to recreate art dating back to the 16th century.

People around the world are recreating their favourite work-of-arts at home to fight the boredom of COVID-19 lockdown. Picrured: Thea Fernandes, nine, right, recreated Felice Casorati’s Girl on a Red Carpet in her home in Brighton 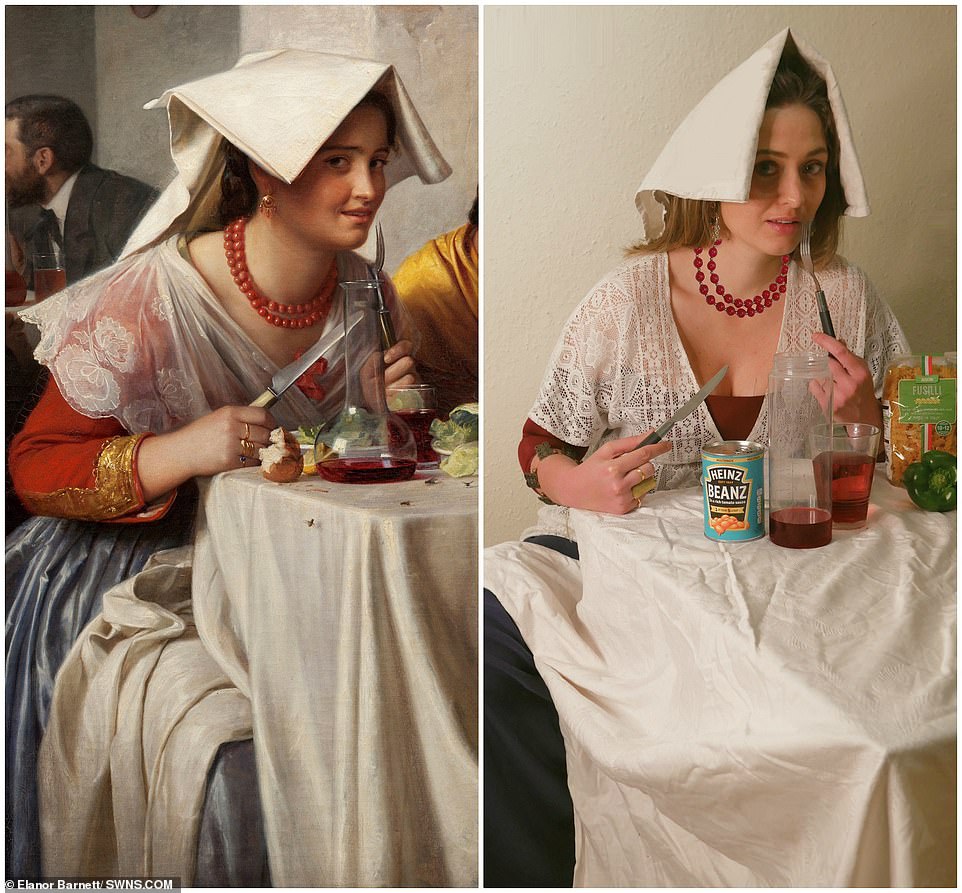 Elanor Barnett, 27, right, recreated A Roman Osteria by Carl Bloch (left) at her home in Cambridge with a can of baked beans and plastic glasses 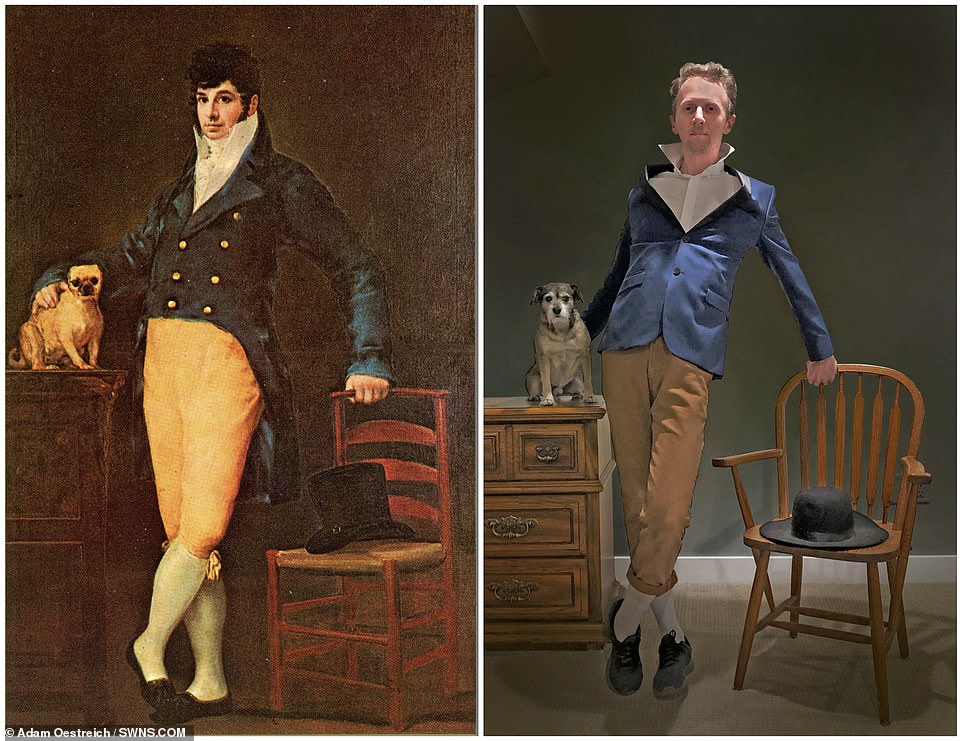 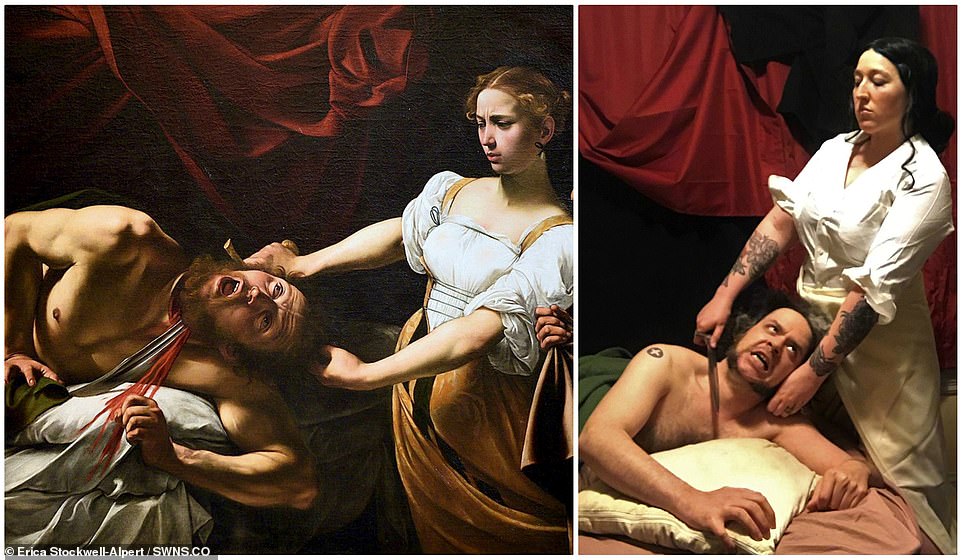 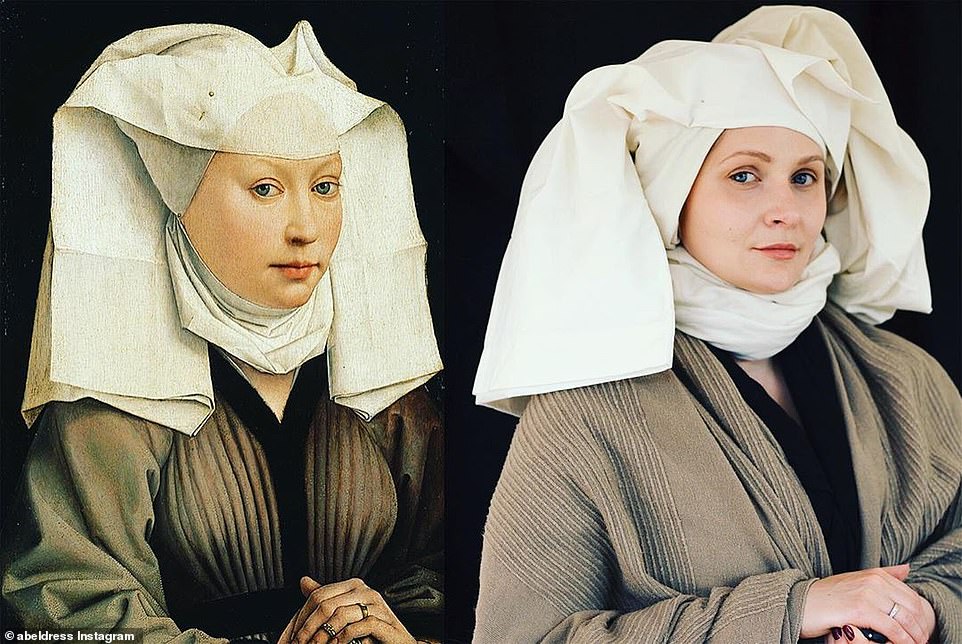 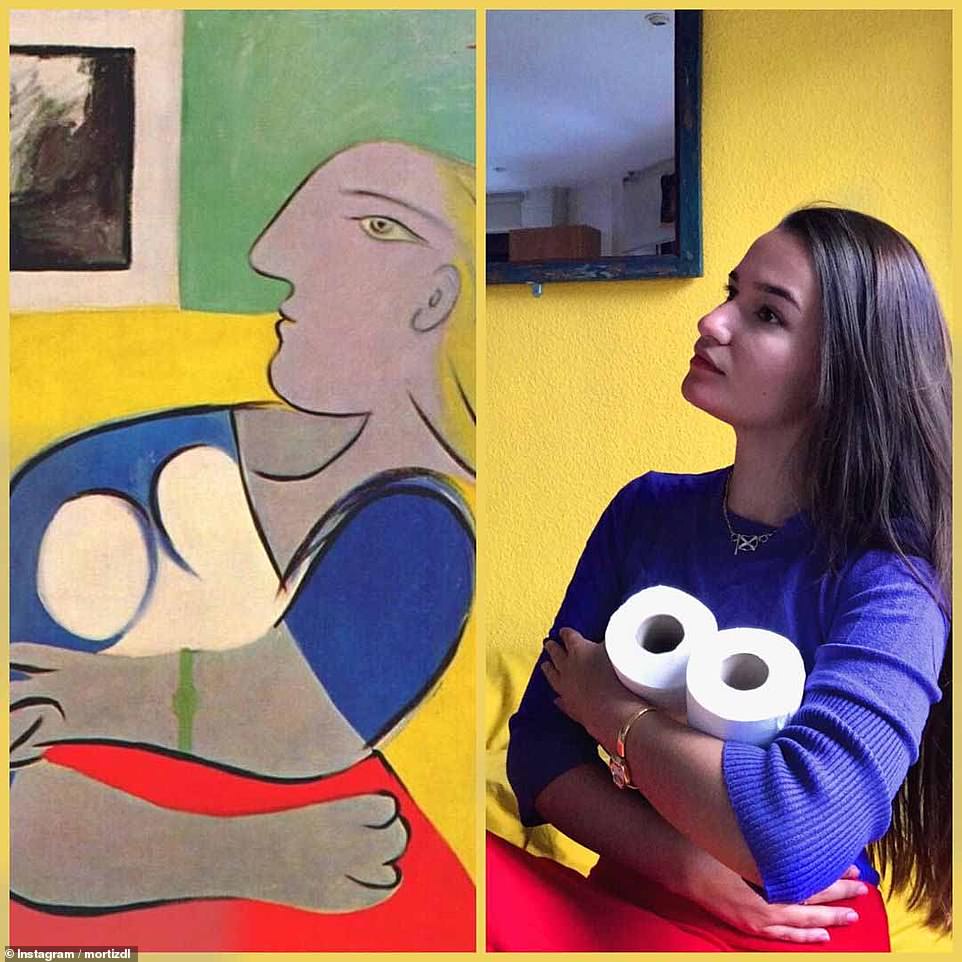 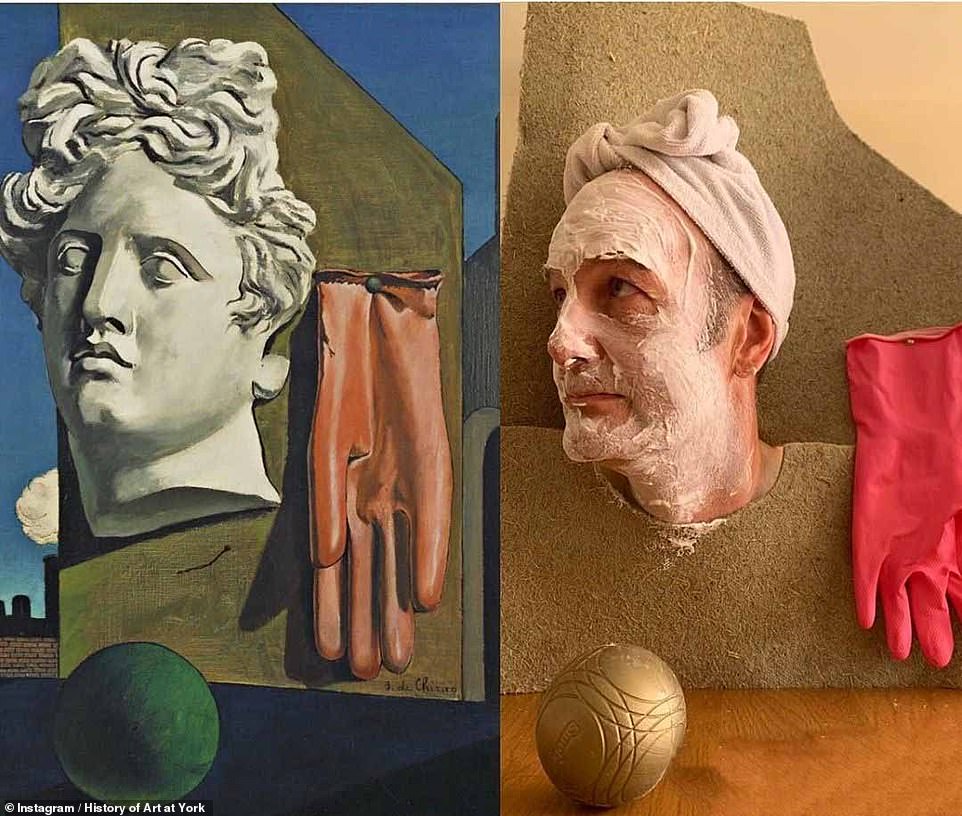 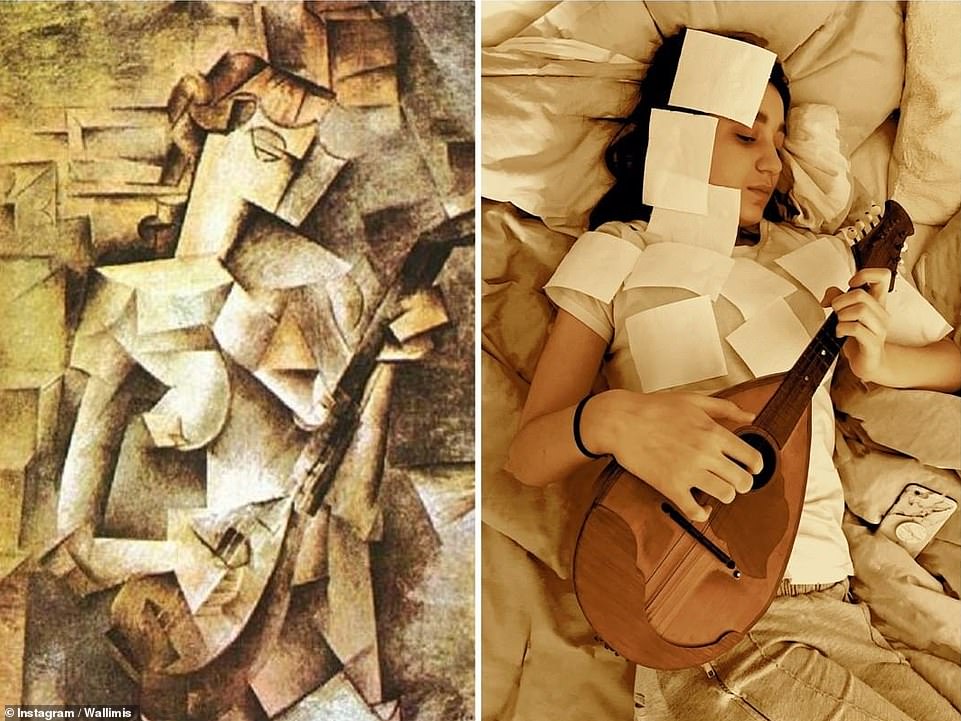 Stephane Williams, from France, recreated Girl with a Mandolin by Pablo Picasso by using loo roll sheets to imitate the painter’s peculiar style 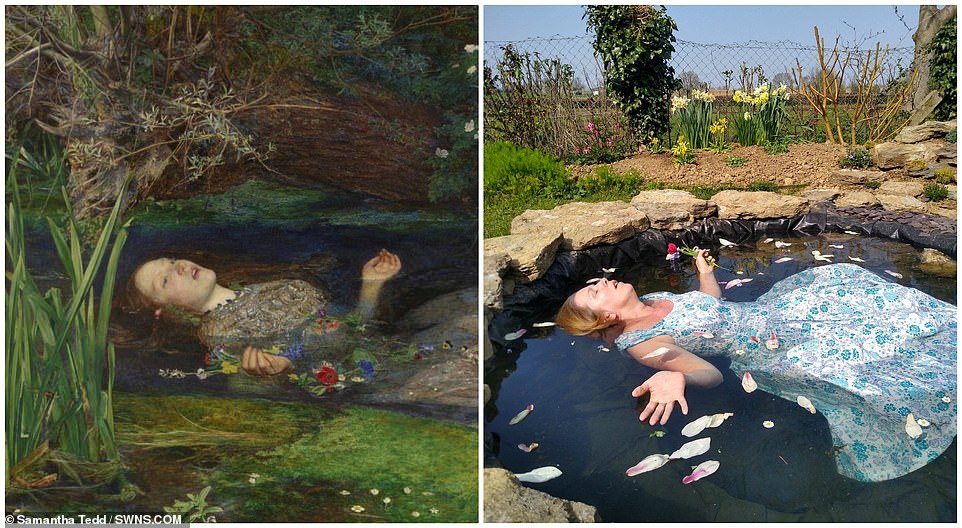 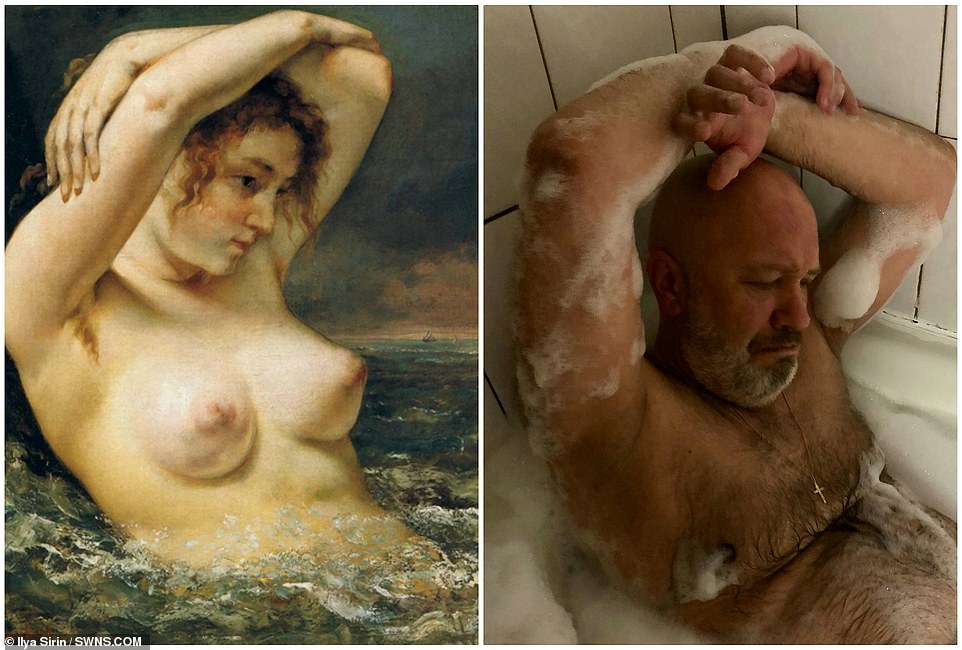 Moscow-based Ilya Sirin, 48 as The Woman In The Waves by Gustave Courbet, a painting from 1863. He posed in his bathtub to reproduce the iconic painting

Riding on a high! Dimitry Apter & Lily Dau, right, used a vibrant red coat to recreate the Bathing of a Red Horse by Petrov-Vodkin, 1912 (left) 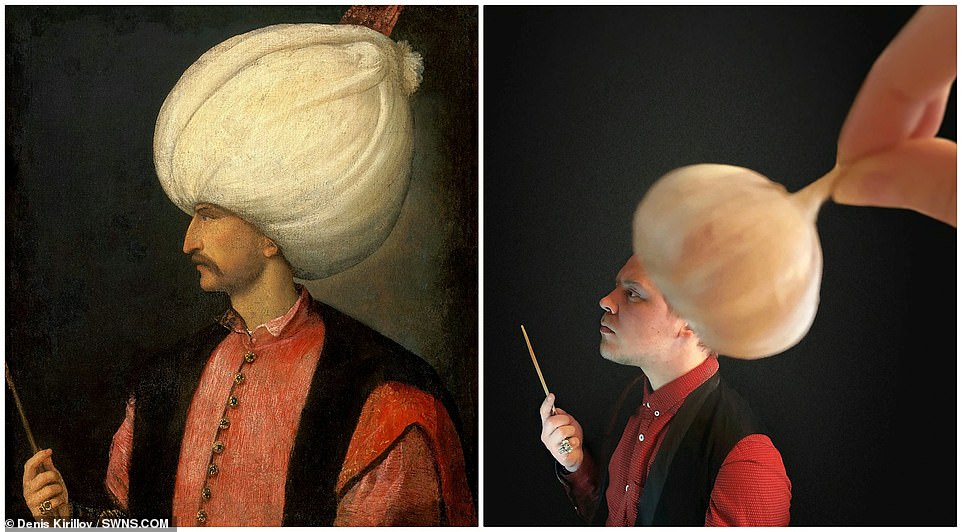 Perspective is everything! Denis Kirillov (right) used some garlic to pose as the Suleiman the Magnificent painting by Titian 1530 (left) 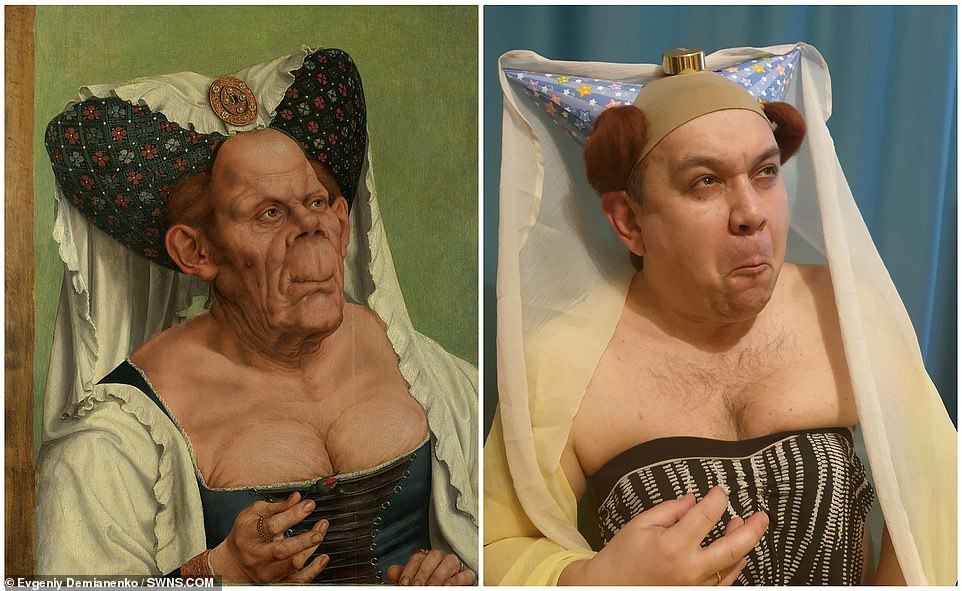 Evgeniy Demianenko (right) used curtains and party hats to pose as The Ugly Duchess (right) by Quentin Matsys, which dates back to 1513 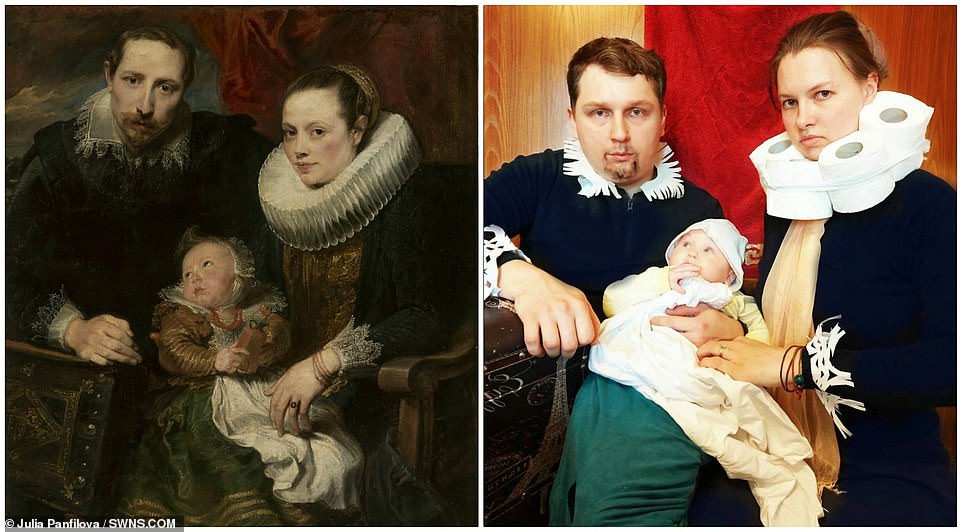 Julia Panfilova, Stephen Sirovatko and their Polina Sirovatko (right) made creative use of loo rolls to recreated the Family Portrait by Van Dyck, 1621 (left) 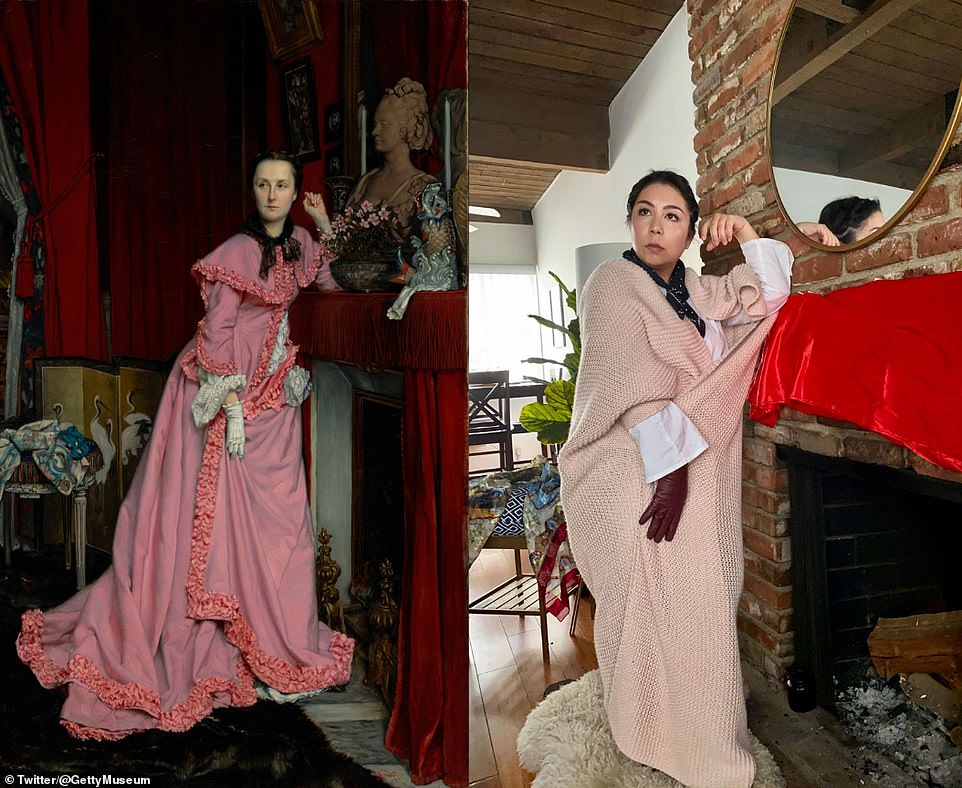 This Twitter user, from an unknown location, wrapped up in a pink blanket to recreate her chosen work of art – and the result is uncanny. Original artist and painting name is not known