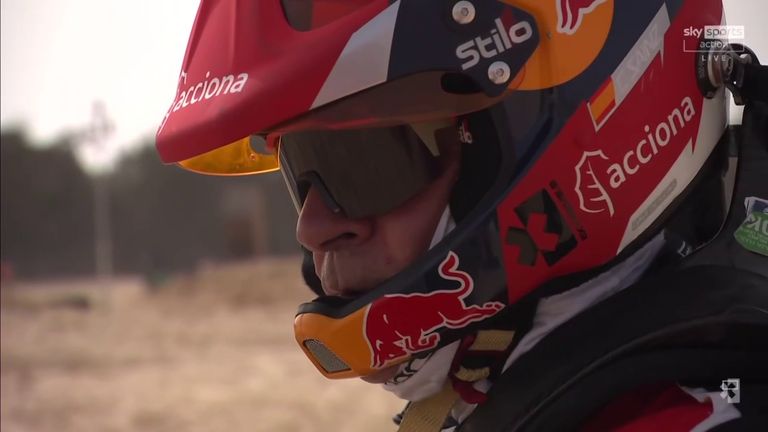 Lewis Hamilton’s X44 team set the fastest time in the first qualifying for the Ocean X Prix in Senegal.

For round two of the new climate-aware electric racing series, the nine teams are competing for the fastest times across a two-part qualifying session on Saturday around the bumpy 6.3km shoreside track.

Hamilton’s team of rally legend Sebastien Loeb and Cristina Gutierrez took early honours by setting a combined time across their individual laps of 10:47.289.

The Chip Ganassi entry was second, four seconds slower and still very much in the hunt heading into Qualifying Two with aggregate times in play, with Nico Rosberg’s outfit – winners of the inaugural event in Saudi Arabia last month – third quickest.

Jutta Kleinschmidt made an impression on her first drive in the series, but a Switch Zone infringement pushes @CUPRA @ABTMotorsport back to P4. pic.twitter.com/ps2RmLmoR7

Loeb, the nine-time World Rally champion, completed the first lap in X44’s SUV before handing over to Gutierrez and said: “The start is great. Cristina did a great second run, so we are both in a good rhythm.

“It’s looking good at the moment, but the fight is very intense.”

But there were early problems for two of the leading teams from round one – Andretti United and the Acciona/Sainz squad.

Is he driving or flying?? 🚀

Andretti United were delayed on their lap and are three minutes off the pace as a result, while the Sainz entry failed to finish entirely after a technical problem struck on Laia Sanz’s run after the Odyssey car had landed heavy after some big bumps on the undulating course.

The second stage of qualifying takes place at 5.30pm on Sky Sports Mix to determine which of the semi-finals the teams compete in on Sunday.