“Has it changed me? No, to be honest. It was one moment,” muses Eoin Murchan. “It was a goal, but it alone wouldn’t have won a game.”

Nine months on from his crucial goal in the All-Ireland final replay against Kerry, the Na Fianna man doesn’t feel any different. But there’s no doubting he’s viewed differently as a result.

It was a goal that shifted the momentum of the contest, and a goal that sent Dublin on their way to a historic and unprecedented five-in-a-row.

Straight from throw-in at the start of the second-half, Murchan collected the ball before running the length of the field and smashing it into the Kerry net.

“I’m not really sure what was in my head. I picked up the ball moving forward nicely and I spotted a bit of a gap,” he outlined.

“The two guys did a nice job of creating a path there for me and with the rest of the fellas out of the way I just kept going. To be honest, I thought somebody, Con [O’Callaghan] or Dean [Rock], would come to me and try to take the ball off me, but that just never happened so I just kept on going.

“Eventually there was no one to give the ball off to so I just had to go for it myself.”

But he’s reluctant to take all the plaudits for himself:

“If you watch it back and see the movement of all the guys around me including the two midfielders and six forwards… without that movement it would never have happened. There would have been no path for me to the goal.

“The finish was fine and I’m happy with that but what’s more impressive is the movement, the smarts and the selflessness of the other guys on the pitch.” 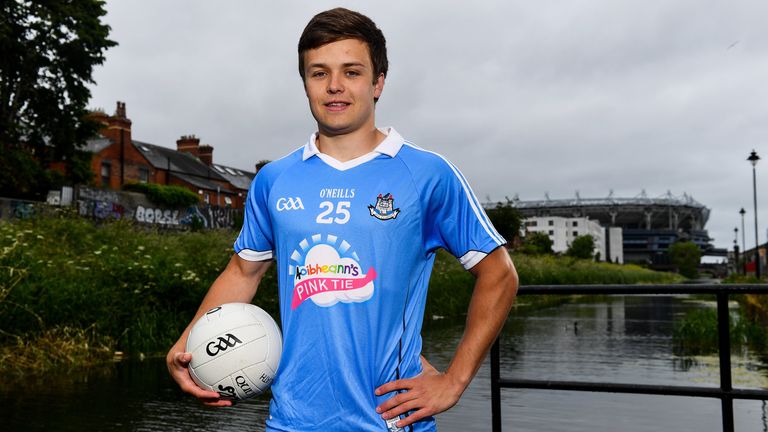 In the right place by accident?

It was clearly a pre-rehearsed move which was executed to perfection. But while Jim Gavin and Co were concocting the play on the training ground, the small half-back wasn’t necessarily part of the plan.

“We do have moves for a lot of different scenarios in games. I was aware of one, but I’m not sure whether that was it or whether it was a part of it. I certainly wasn’t supposed to be a part of it,” Murchan laughed.

“But I suppose guys have an understanding from when someone does get the ball as to where they should go or shouldn’t go and they were able to execute that. There was a move but it definitely didn’t involve me.

“I had noticed in the first half that I’d found myself in a lot of space, consistently in acres and acres of space. As we were coming out of the tunnel I had a word with Jonny [Cooper] and just said, ‘Look, at some point I’m going to have a go’.

“To be honest I wasn’t expecting it to happen. I kind of got dragged in towards the centre and was just lucky enough that so many things went right and so many went wrong in terms of both our midfielders ran into each other essentially which caused the ball to be knocked down in front of me.

“While there may have been a set move there, I’m not quite sure that if we had have done that set-move things would have worked out the same.” The question on the lips of every Kerry supporter in Croke Park that evening was whether he over-carried the ball.

“I’ve never gone back to count it (number of steps),” he said. “I do know there’s a bit of debate around it. To be honest, if you put yourself in the position of that referee, it’s going to be hard to know what’s going on at all, in fairness.”

And while he is proud of scoring such a key goal, he’s eager for it not to define his career.