FANS were left in stitches after a steward at England vs Austria was spotted wearing a fake nose mask at the Riverside. 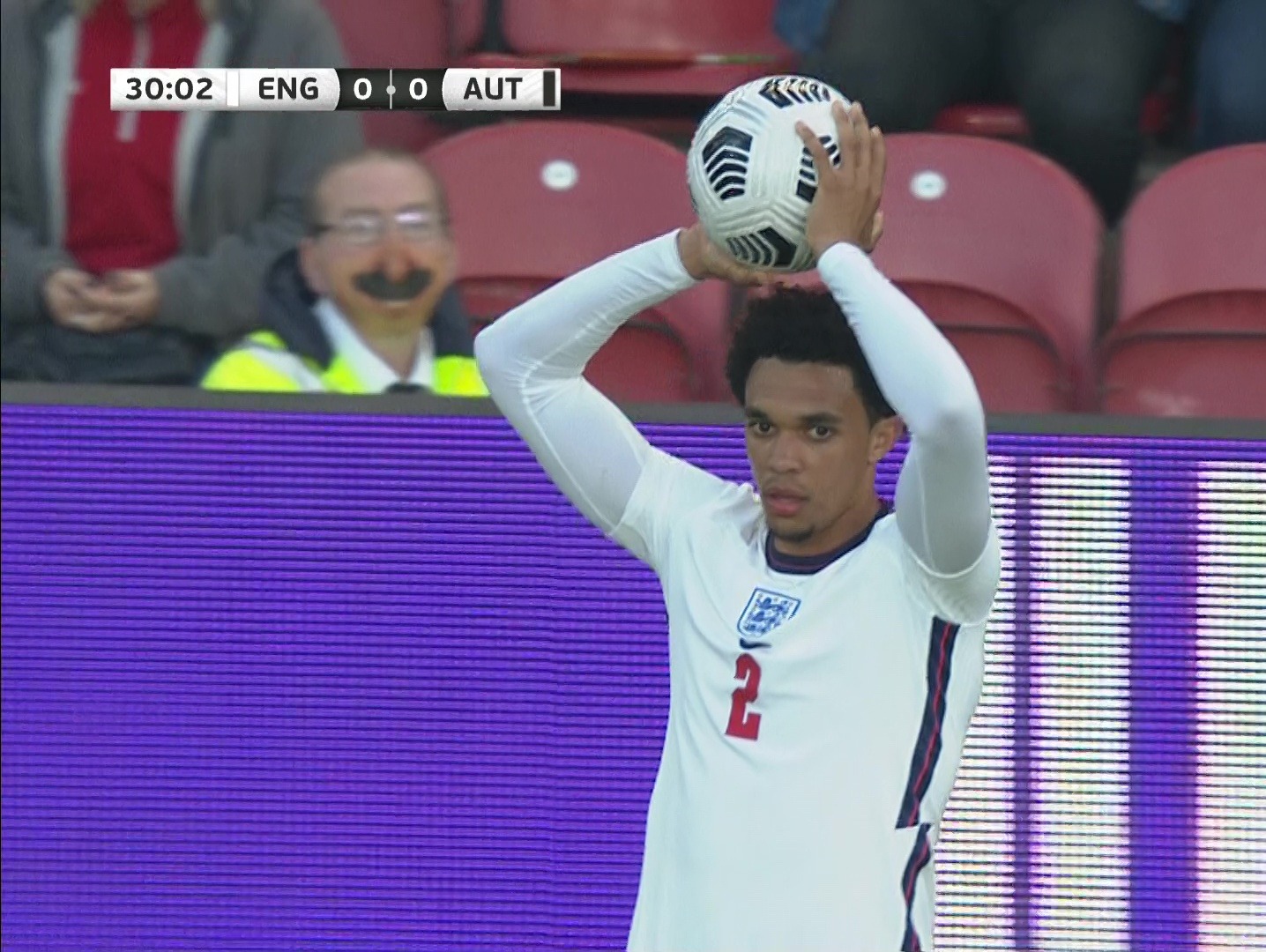 But England fans were less concerned by the result than one of the stewards in the stands.

The man appeared to be wearing a mask featuring a fake, oversized nose and massive moustache.

Hoards of supporters swarmed to social media to crack jokes, with one likening him to Super Mario Bros character Luigi and another to a character from board game Guess Who.

Photoshopping a green Luigi hat on the steward one fan wrote: "They really got Luigi in as a steward for the England game."

Another joked: "Think the steward on camera here in the #England game escaped from Guess Who."

A third added: "This steward man of the match for me tonight."

One pointed out: "Last time, England's best highlights from a match was a paper plane going into the net.

England fielded a somewhat weakened team for their first game of what could be a monumental summer.

That meant the likes of Marcus Rashford, Ben Chilwell, Luke Shaw, Phil Foden and John Stones were all given the night off.

Despite that, England eventually overcame a stubborn Austria thanks to Arsenal whiz Saka's finish from a tight angle early in the second half.

But there was concern for Trent Alexander-Arnold who limped off late in the game with what appeared to be a thigh injury.

The Liverpool star – whose inclusion in the final 26-man squad – was the biggest talking point of Tuesday's announcement had cleared the ball up the pitch with no Austria player around him before collapsing to the turf.

After the game, boss Southgate confirmed: "He was in some discomfort. We are so close to the finals so for any player an injury makes them a doubt.

"We're going to have a look. It's not good to see him come off in the way he did. We'll have to assess him over the next 24 hours.

"I think it was a thigh but the medical team are assessing him.

England are well stocked at right-back, with Kieran Trippier, Kyle Walker and Reece James also in the final, 26-man squad.