The Georgia Guidestones are a set of five mysterious slabs in Elbert County, Georgia, and features ten instructions for humanity. Weighing more than 150 tonnes, they feature a mixture of modern and ancient languages to outline “directions for rebuilding civilisation after the apocalypse”. They were erected in 1980 and have since been referred to as the “American Stonehenge” – but only one man knows whose idea they were.

“Let these be Guidestones to an Age of Reason” reads the capstone in classical Greek, Sanskrit, Egyptian hieroglyphics, and Babylonian cuneiform.

But the rest of the text is not so tame.

The most controversial instruction is the first – that humanity should be maintained under half a billion.

And the sixth proposes that nations resolve disputes in “a world court”. 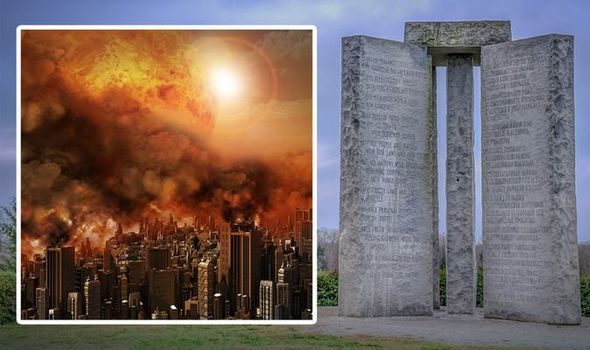 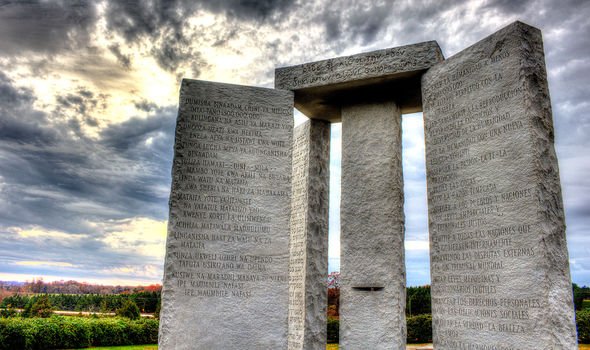 There is a hole through which the North Star can be observed each night, a slot through which you can watch the sunrise during the summer or winter solstice, and a hole on the capstone which functions as a solar calendar at noon.

The monument was commissioned in 1979 by a now-deceased, anonymous donor who called himself R.C. Christian.

And the only man who knows who he was has refused to give up the true identity.

In 2013, Discover Magazine visited Banker Wyatt Martin, who was 82 at the time. 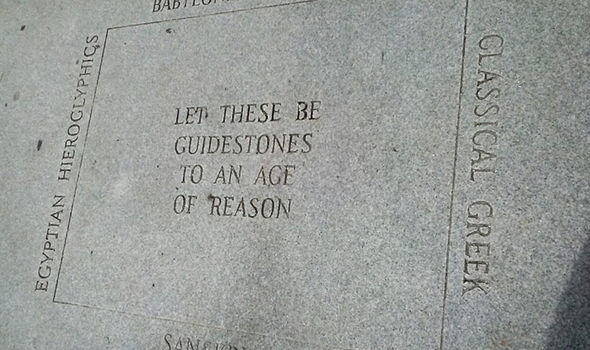 He said: “They could put a gun to my head and kill me, I will never reveal his real name.

“In my age and my profession you stuck by a promise of confidentiality.

“Last year I went with a few friends over to an old bridge on Lake Oconee and we dumped all correspondence associated with the Guidestones into a metal barrel and burned them.

“Then we poured the ashes into the lake. It’ll never be known.

“And that’s what he wanted. He always said if you want to keep people interested, you can let them know only so much.” 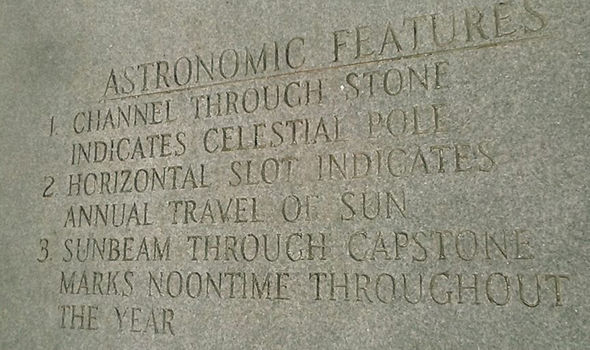 Most researchers agree there is a simple reason for the stones – it was the height of the Cold War when they were built and nuclear war seemed like more than just a possibility.

In a book on the Guidestones that Christian published, he stated: “We are entering a critical era.

“Population pressures will soon create political and economic crisis throughout the world.

“We are like a fleet of overcrowded lifeboats confronted with an approaching tempest.

“There are alternatives to Armageddon. They are attainable.”

But the Guidestones have also become a subject of interest for conspiracy theorists. 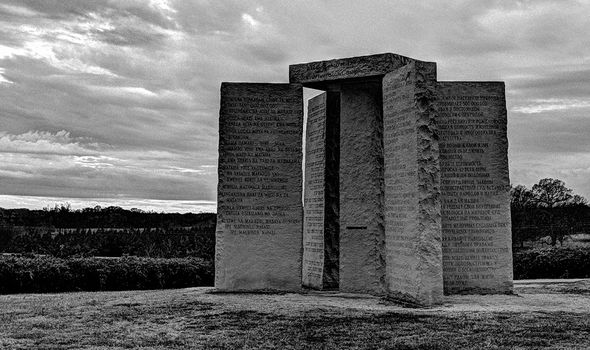 One of them, an activist named Mark Dice, demanded that they “be smashed into a million pieces, and then the rubble used for a construction project”.

He claimed the structures are of “a deep Satanic origin,” and that R. C. Christian belonged to “a secret society” related to the New World Order.

They have also come under fire from scientists for their astronomical value.

Loris Magnani, from the University of Georgia, claimed the astronomical features of the Guidestones are minuscule.

He said in 2013: “I visited in order to see if they could really function as an observatory, which Stonehenge could have.

The Guidestones are an abacus compared to Stonehenge’s computer.

“They’re very ordinary. You could do the same thing with concrete in your back yard.

“To see the North Star, which is at a latitude of 34 degrees, you just drill a hole due north at a 34-degree angle.

“The hardest part is drilling the concrete. As an astronomer, I can tell you there’s nothing much there. As to the instructions on the stone, that’s a whole other issue.”