During his time in the army in the late 1950s, Elvis Presley was first introduced to karate. The martial art became a lifelong obsession for The King who would become an eighth degree Black Belt. But apart from demonstrating his moves during live concerts, Elvis would also show off his skills to guests in the space by his front door at Graceland.

During a live virtual tour of Graceland last month, archivist and Elvis expert Angie Marchese welcomed fans through the front door of the Memphis mansion.

She highlighted how this was the door The King first walked through in 1957 and brought his daughter Lisa Marie through after her birth in 1968.

Angie shared: “If Elvis was here he’d probably welcome you by doing a karate demonstration here in the hallway.”

She then pointed out the chandelier above as you enter through the front door of Graceland. 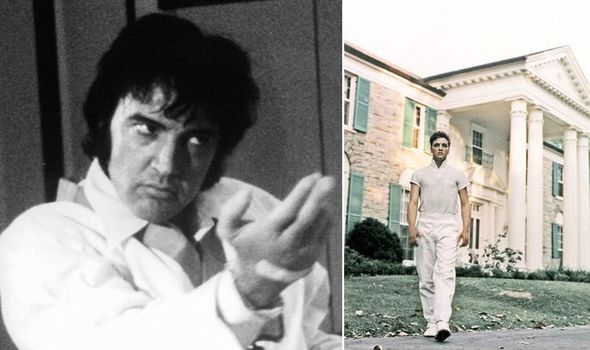 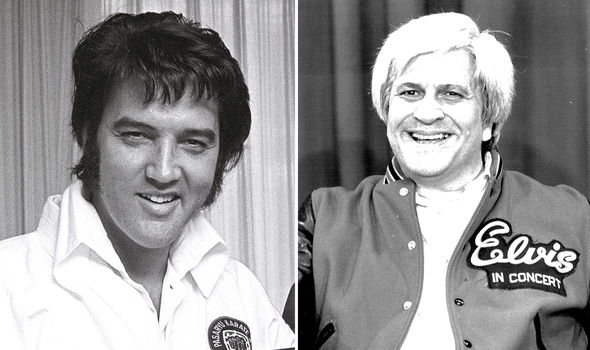 Angie said: “As a matter of fact, you might take a look at the chandelier and notice that it is missing one of its links.

“And that was because Elvis accidentally caught it with a karate demonstration one day, accidentally hitting the link here. Boys will be boys sometimes!”

One of The King’s karate instructors Ed Parker, who was also his bodyguard, had been a champion of the martial art in Japan.

And when a Japanese veteran found out about this he decided to go to Graceland and gift a samurai sword to Elvis himself. 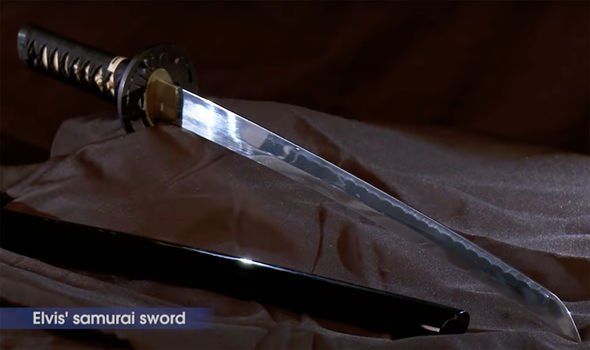 Dick Grob was Elvis’ Head of Security in late 1976 or early 1977 when this happened. That morning The King, who was a night owl, was upstairs at Graceland and already in his pyjamas as was getting ready to go to bed.

Dick recalls how he got a call from his security team member Harold Lloyd on the gates, saying there was a guy in uniform who wanted to see the Head of Security.

Dick thought it would be one of his police officer friends but it turned out to be an elderly Japanese veteran in his military uniform and carrying a samurai sword.

Struggling with his English, the soldier said: “I brought this to give to Mr Presley. I was an officer in the Japanese military during World War II and I want to apologise to you and to Mr Presley for us fighting you guys. I’m really sorry about that. Because Mr Presley studied karate and learned from Mr Ed Parker, who was a champion in Japan, I want to give this to Mr Presley as a token of my appreciation.”

Touched by this, Dick went up to the house to see if Elvis was available. But The King didn’t want to have to get dressed to go down there as he was about to go to sleep.

So Dick went back down to Graceland’s gates and told the Japanese veteran, saying Elvis appreciated this but was already in his pyjamas.

As a courtesy, the Head of Security took the soldier around on one of the golf carts to show him the grounds, while the Japanese man left Dick with the samurai sword to give to Elvis later.

Later on, Elvis came downstairs to Graceland’s kitchen where Dick was sitting with the sword.

The King asked if the Japanese soldier was still around and when he saw the sword, took it out and started swinging it wildly around the room.

The Head of Security says he then jokingly pulled his gun out on The King and said: “If you don’t put the damn thing down I’m gonna shoot!”

So Elvis walked on into the Living Room and put the samurai sword in a drawer where it’s believed to have been left undisturbed until it was discovered by the Graceland team around 1982. The weapon remains in the drawer to this day.