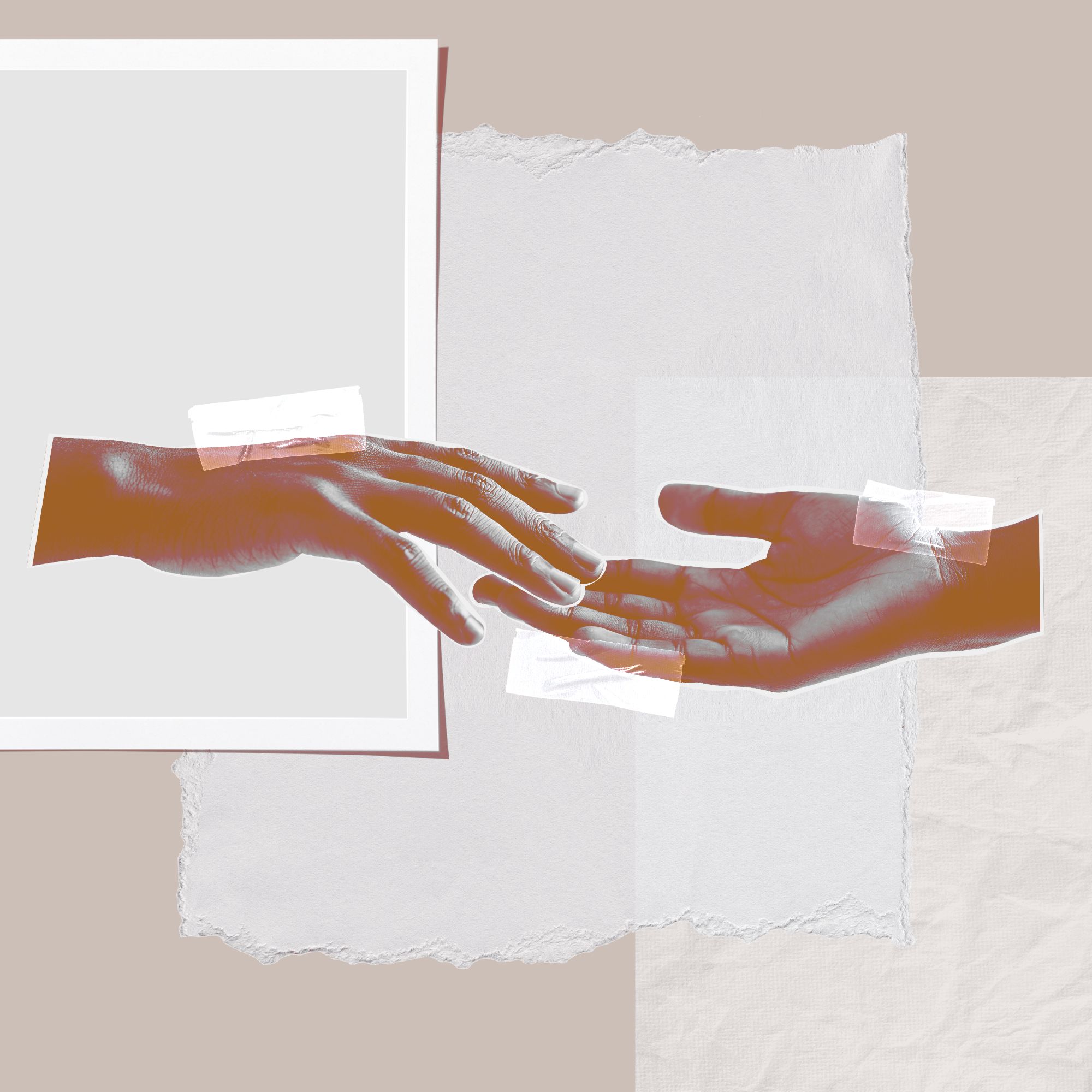 I’ve always felt that dating, sleeping with, and loving whomever I please is an active choice, as I am choosing to put what I want first. That said, I can almost remember the moment I acknowledged that I wasn’t heterosexual. It wasn’t a huge, defining moment or a sudden exposure to a side of life that I hadn’t experienced before, but rather a slow realization that the girl crushes I was having on celebrity women extended further than just sharing their pictures on Tumblr a few times.

I won’t lie and proclaim that I was immediately comfortable venturing into dating both men and women, but my nerves were quickly dispelled after learning from the people I had around me. In my late teens and earlier 20s, I hung around a lot of queer people as a result of my weekend job at Urban Outfitters in Central London. The racial politics of queer representation meant that, at that time, I was more likely to find gay cis white men to party with than queer Black people. There was something heartwarming about seeing gay men proudly embrace and love each other openly in a space that accepted them as young queer people. Though my Blackness made me stick out like a sore thumb, I still felt like part of the fold, and this kind of acceptance helped to further calm my jitters surrounding dating women.

Neither of us had done this before…But just how hard could it be?

I started my queer socializing activities on a dating app, and like most people, my time on the app was brief; no one was quite my fancy. Through the cheesy, boring, and somewhat sexually aggressive conversation, I bagged a couple dates before I deleted the app altogether. My first date was with a guy, slightly older than me, but I guess he didn’t mind. I got absolutely wasted but managed to keep great composure even through blurred vision. It was a fun date, and we saw each other a few more times after, but nothing materialized from it.

The first date I had with a woman was interesting. We got on really well—almost too well for anything romantic to blossom. The awkwardness grew, because we were both femmes who slowly figured out that we weren’t each other’s romantic type. We kissed only a handful of times during the month or so that we dated, and every time, it felt really weird. Weird, because I could tell that she wasn’t yet comfortable with kissing me but did it anyway and because it felt strange kissing someone who felt like my friend. Soon after, we decided to stop forcing the connection and leave things where they were.

I met my now girlfriend at a summer day party, back when we were allowed to be that close to one another. Maybe it’s a result of acute narcissism, but I love hearing her retell the story of how we met: She saw me in the middle of a crowd, tried to get to me, but I had moved; she spotted me again, came up to me, complimented how I looked, and bought me a drink. The rest is history. We laugh about it now, but when we first started talking, I blew her off, because I was too busy with my “ho phase” and living life. One thing to know about my girlfriend: She likes the chase, and she likes getting what she wants. And get what she wants, she did. Her determination to win me over made me rethink the single life.

Neither of us had done this before, and we certainly didn’t have the faintest idea about how to operate in this kind of relationship. But just how hard could it be? We knew we’d have to figure things out as we went along, but what I noticed over time was how easy it was to see my relationship through a straight, heteronormative lens. There is a sort of identity politics within the queer scene and subsequent terminology to describe who you are or, how I see it, to figure out where you fit within the community. I’ve found that the language we commonly use can be quite limiting and isn’t adequate enough to successfully encompass whole identities, but that’s a story for another day. Between the two of us, I am the more “femme” partner, and my girlfriend is more on the “masc” side. Though I cannot fault our beginnings, I’d be naive to disagree with the fact that most of the courting was done by her, just as a typical straight man would traditionally do. Many of our first dates and outings together were left for her to organize and fund, much like straight women might expect a straight man to be responsible for.

As freeing as it can be to choose yourself, choose love, and venture into a queer relationship, it can be a difficult transition from the heteronormativity we’ve been fed most of our lives. This is especially hard if you aren’t a seasoned or connected queer person who has access to positive examples of queer love; many mistakes and assumptions can be made. I noticed that my partner adopted behaviors of a straight man, such as planning our outings, taking on the financial burden of dating, and leading the initial direction of our relationship, even if it wasn’t what she wanted to do. On the other hand, as the more feminine-presenting partner, I resided in my role of a straight woman by expecting “princess treatment” without giving thought to the kind of treatment my partner may want. We’ve had conversations about having children, and while the initial conversation has revolved around me taking on the responsibility of child-rearing, we now understand it will most likely be shared labor.

In moments of high emotion and most likely as a result of a culmination of small unresolved arguments, this dichotomy came to a head. Truth be told, I am not a person who likes it when other people tell me about myself. But with her, I took a step back, analyzed my behavior, our behavior within this partnership, and picked apart what it all meant. Part of this meant acknowledging why I would get frustrated when she couldn’t read my mind when I was annoyed with her or why I would expect to be doted on without any thought of what she may want.

I began to see our actions for what they were: a repackaged version of tropes we’d internalized from straight heteronormative couples. We emulated traditional patriarchal gender roles and stereotypical straight-people problems in a union that wasn’t built for them. Cue the frustration between partners.

Love that is allowed to exist within its own borders flourishes the best.

On the surface, there is nothing wrong with this setup if all parties are happy. But it doesn’t leave much room for growth or finding your feet within your union. This was a reoccurring point of contention for us and the foundation of many arguments, because clearly, we were unhappy with the roles we had adopted but didn’t know how to confront them. These frustrations stemmed from ideals of what we thought we needed to do to sustain a successful relationship. In the darkest of moments, this led to us question our place within the relationship and even doubt that same-sex coupling was an option since we couldn’t play our roles to standard. Tensions as a result of gender roles aren’t exclusive to queer couples, by the way; gender roles can operate in the same manner across all love and romance.

Representation politics isn’t the be-all and end-all of liberation. But the lack of healthy representative relationships that exist outside the grain of heteronormativity is damaging. It can cause people to endure situations they aren’t suited to, leaving toxic romantic habits in their wake and breeding a generation of people who feel lost within themselves. I’m not fooled into thinking that there is one singular moment of representation that can save us, but it is true that having some sort of guidance to navigate unknown spaces can help tremendously.

Accepting who I am was the first part of the journey, then came the acknowledgement that everything I thought I knew about relationships, straight relationships, simply did not apply to my girlfriend and me. I’m usually quite critical of what is perceived as the “norm,” but I can also admit that I had to learn this the hard way when it came to love. The realization that I had to develop brand-new romantic codes of conduct and reimagine family units that are tailored to my experience was daunting, but not impossible.

Challenging my expectations of the courting process, figuring out my strengths as a partner, discussing my preferred version of romance, and confronting my ideals of a “good” relationship, I would go as far as to say that developing structures outside the societal norms I’ve been indoctrinated into is a radical act. But I’m confident in knowing that these changes will allow me to exist as a queer person who is loved fully. Love that is allowed to exist within its own borders flourishes the best.