DAN HODGES: Boris is the prisoner of scientists who even want to lock down Wendy houses – and Britain is now in the grip of mad science

Rishi Sunak saved the country from a second spell of solitary confinement. ‘Boris had been persuaded by Whitty and Vallance to go for the “circuit breaker” of a full-two week lockdown,’ one Minister told me. ‘But Rishi said, “I can’t support it”. That’s why they went for the 10pm shutdown. It was basically plucked out of the air. It was a compromise Rishi could just about live with.’

This morning, Britain is in the grip of mad science. On the advice of his advisory panel, the Prime Minister and his team are considering following Scotland’s lead and imprisoning students in their dorms.

The police have been ordered to enforce a nationwide pubs and restaurants curfew, and the courts to administer fines of up to £10,000 on those who refuse to ‘self-isolate’.

‘We got one briefing note a few weeks ago about how people could be allowed to mingle,’ another Minister revealed. ‘It said they could meet in the garden if they socially distance, but couldn’t enter a Wendy house if there was one.

‘We’ve become the Government that wants to lock down Wendy houses. Boris has been totally captured by Whitty and Vallance. It’s insane.’

He has. So this week his colleagues will launch a hostage rescue mission. The Brady Amendment, which would require Ministers to secure parliamentary approval for any further extension of lockdown, will be voted on. 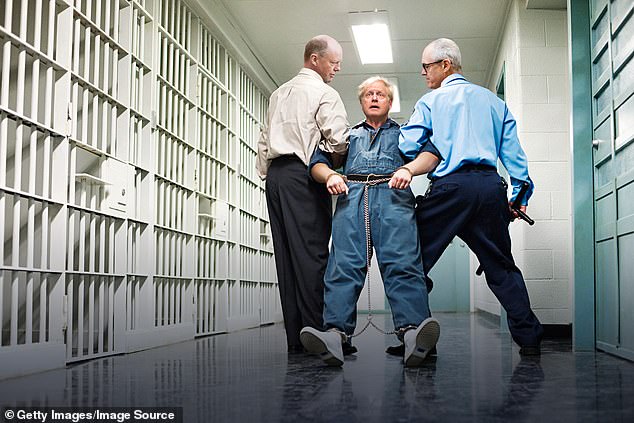 IN THEIR GRIP: Our mocked-up image of the Prime Minister being led away by his scientific advisers Chris Whitty, left, and Sir Patrick Vallance

And unless Downing Street gives significant ground, it will see Boris’s 80-seat majority overturned with room to spare. ‘We’ve got the votes,’ one Tory rebel said. ‘People have had enough. Advisers can advise, but the politicians have to have their say now.’

There are several reasons why the patience of Conservative MPs has finally snapped. One is that advisers Chris Whitty and Patrick Vallance are seen to be massively over-reaching their brief.

At the start of the pandemic, the strategy was clear. Introduce temporary restrictions, ‘squash the sombrero’ that represented Covid’s advance through the population, and protect the NHS.

But Ministers and MPs believe Boris’s advisers have persuaded him to sign up to a ‘zero-Covid’ strategy of complete eradication of the virus – something many scientists say is impossible to achieve in a large, open country such as Britain.

After last week’s Cobra meeting, a joint statement was issued by Downing Street and the devolved nations. It committed the Government to ‘suppressing the virus to the lowest possible level and keeping it there, while we strive to return life to as normal as possible for as many people as possible’.

Another problem is that many Tory MPs think the experts have simply not been expert enough. From the use of face-masks to restrictions on mass gatherings, there have been too many reversals and mixed messages.

‘We’re being kept in the dark on the figures,’ one Minister said. ‘Then all of a sudden Whitty pops up with this graph which shows it’s all going to be cataclysmic. And everyone’s saying, “Hang on, what is this?” It’s not a prediction. It’s not hard data. So what is this guy actually talking about here?’

And then there is the feeling that rather than safeguarding the public, the priority for the Government’s army of boffins is to safeguard themselves. ‘This may sound a bit cynical,’ one Minister said, ‘but for me this has just become an exercise in protecting the scientists from embarrassment.’

To be fair, not everyone in government has the same jaundiced view of their counsel. ‘At the start, they were actually quite balanced,’ one Minister said.

‘So if you look at the idea of closing the airports, Whitty said, “You can do that. But it will obviously create serious disruption.” ’

Another Minister says the problem lies not with the two most senior advisers, but with the sprawling Sage panel.

‘Whitty and Vallance understand there’s got to be some balance in this. But Sage are proper Covid Nazis. There aren’t any measures too strong for some of them.’

But there are for Boris Johnson’s Ministers and MPs. Up until now the Prime Minister has been doggedly, if clumsily, following the science. But that journey is about to end in a head-on collision with economic and political reality. 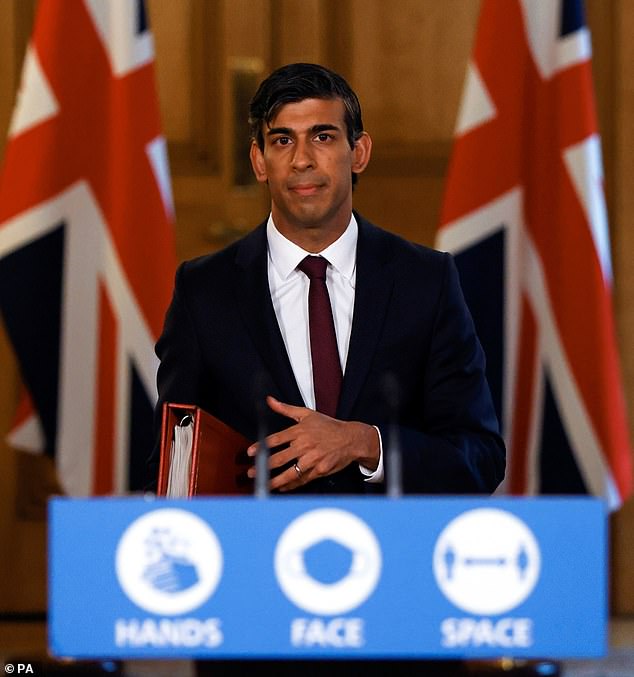 Rishi Sunak saved the country from a second spell of solitary confinement, DAN HODGES writes, and persuaded Boris Johnson not to implement another lockdown

The messy compromise of a 10pm curfew may have prevented his Cabinet from splitting apart.

But no one I spoke to in government last week believes it will have any significant impact on the spread of the virus.

Which means in the next couple of weeks, Whitty and Vallance will reappear at Boris’s door, and advise him that, if he doesn’t introduce much more stringent measures, Covid will spiral out of control.

‘What you have to understand is the polls may show support for a tougher lockdown. But the people saying that to pollsters aren’t Tory voters. If we go much further, they’re going to turn against us.’

And even if they don’t, the economic fundamentals will. As I wrote last week, Dishy Rishi has been placed on furlough. ‘I can’t save every job,’ the Chancellor told the nation last week.

‘We can’t continue to provide the same degree of support that we did at the beginning of this crisis. It’s not sustainable.’

One Minister told me there will definitely not be another national lockdown. But regional lockdowns may, in his words, ‘be flexed’. And without a comprehensive blanket of support, that ‘flexing’ could be enough to crush the remaining life out of whole sections of the British economy.

The reality is that, in the act of following the science, Boris has become blinded by it. The loss of jobs. The loss of personal liberty. The loss of perspective Covid has wrought on a nation that once prided itself on its moderation and capacity to keep calm and carry on.

Tory MPs have been sympathetic to the political and personal burden the Prime Minister has been shouldering. But they now expect to him to clear his head, and chart a more balanced course through the coronavirus crisis. If he cannot, or will not, then they intend to chart one themselves.

‘Whitty and Vallance won’t have to account for how they handled all this come election time,’ one MP said. ‘But I will.’

And if the mad science isn’t quickly returned to the lab, that accounting will be a harsh one.