Unfortunately, my recent experience suggests that the university might be more interested in damage control than an open marketplace of ideas. But this is a test of academic freedom that UNSW can't afford to fail. 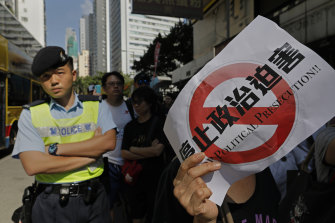 The situation in Hong Kong has attracted many calls to curb Chinese interference.Credit:AP

I am the Australia director of Human Rights Watch and an adjunct law lecturer at UNSW. Last week, the university's media department interviewed me about the human rights implications of Hong Kong's new national security law. I expressed concern and urged governments to call on the United Nations secretary-general to appoint a special envoy on Hong Kong.

Some students and others from China were so enraged by criticism of the Chinese government that they quickly organised an aggressive campaign targeting UNSW's social media channels, calling the article hurtful and saying it should be removed from the UNSW website. Some social media users threatened to boycott UNSW, others said that I should recant my statements or the university should sack me.

UNSW briefly removed the article from its website twice, and then reinstated it, shifting it from the university's main news page to the UNSW Law page. UNSW also deleted the tweet quoting me – saying it decided "to remove the posts on our social channels as they were not in line with our –policies – and the views of an academic were being misconstrued as representing the university". But other tweets quoting UNSW academics that could "also be misconstrued as representing the university" have not been removed, suggesting at best an arbitrarily enforced policy. 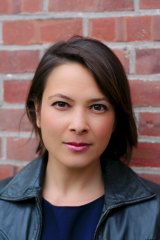 Human Rights Watch has been tracking Chinese government threats to academic freedom in Australia and other countries since 2015, including detailing episodes like this involving other scholars. The pro-Chinese Communist Party (CCP) students certainly don't have to agree with my remarks. But I was still somewhat shocked at the ferocity of their response, and disappointed at the university's feeble reaction. I worry that other academics and students from China or who write about China may be afraid to raise their voices.

A 23-year-old UNSW law student from China recently told Human Rights Watch: "I wanted to study abroad to have a way of life so I'm not afraid to share my opinion. In our law department there are a lot of students who share the same opinion as me but they are too afraid to speak out, they are afraid of retaliation … If you protest against the CCP abroad they will find people you love and hurt them to make you pay."

This fear is real. Human Rights Watch has documented that families in China have been harassed and questioned because of activities of their relatives in Australia. Students from China are watching to see how UNSW responds to the pro-CCP students' threats.

What if my experience makes students or other academics think twice before speaking in class on topics like Xinjiang, Hong Kong or Tibet? What if academics think twice about taking a media call on Hong Kong because of the potential backlash? Universities need to protect the academic freedom of all students and scholars, not cave to pressure from those with little apparent regard for academic freedom's importance.

Human Rights Watch's work shows this problem isn't unique to UNSW or to universities in Australia. In fact, we believe it is so serious that we published a 12-point code of conduct setting out explicitly what universities around the world should do to address those threats.

So far, some Australian universities have taken up recommendations from a government taskforce on monitoring interactions between universities and Chinese government institutions and companies. But most still tiptoe around core issues of academic freedom. UNSW says that it "protects academic freedom and freedom of speech, respecting the right of academics and others to express their views within the law". But if it is going to uphold these standards it has to confront the reality that some students are comfortable publicly demanding university censorship.

UNSW should demonstrate that it is serious about academic freedom by promptly convening a public discussion around this episode, clarifying the scope of permissible conduct. I appreciate UNSW's apologies to me, but it's far more important for this episode to teach all members of the UNSW community that "bring[ing] your difference" is a non-negotiable standard.

The most important news, analysis and insights delivered to your inbox at the start and end of each day. Sign up to The Sydney Morning Herald’s newsletter here, to The Age’s newsletter here and Brisbane Times‘ here.