CRAIG BROWN: Why Britney’s dad isn’t Top of the Pops

No one holds the title World’s Most Unpopular Man for very long. There’s always a fresh contender on the way up, offering even more to dislike.

One day Donald Trump holds the title, and the next day it’s Philip Green. Then along comes Prince Andrew, but already Harvey Weinstein and Kim Jong-un and Gavin Williamson are hot on his heels.

Currently, Jamie Spears is in the lead. For the past 13 years, the grim-faced Mr Spears has been the legal conservator of his erratic pop star daughter Britney. This gives him control over virtually everything she does.

Britney argues that he has mis-used his position. She claims he has forced her to perform live shows while sick, prevented her from getting married or having another child, and made her take medications against her will.

Faced with such accusations, Mr Spears has hired a lawyer, Vivian Thoreen, to defend his reputation. ‘I understand that every story wants to have a villain, but people have it so wrong,’ Ms Thoreen gamely told Good Morning America. 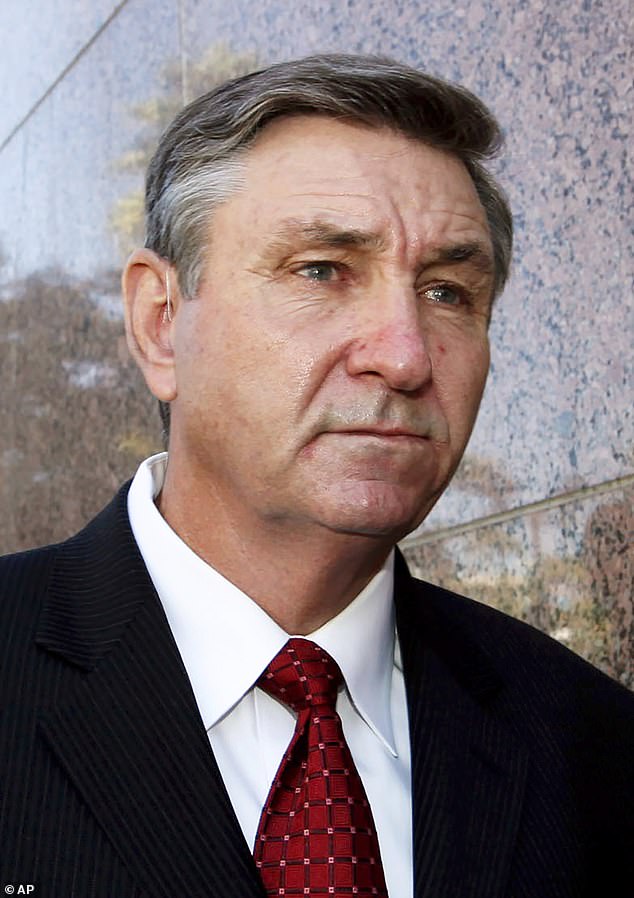 For the past 13 years, the grim-faced Jamie Spears (pictured) has been the legal conservator of his erratic pop star daughter Britney. This gives him control over virtually everything she does

‘This is a story about a fiercely loyal, loving and dedicated father who rescued his daughter from a life-threatening situation . . . He’s worked tirelessly to protect her.’

I mention all this because a ‘family friend’, Jacqueline Butcher, has just claimed that Mr Spears hurled insults at his daughter after he took control of her affairs in 2008.

She was quoted as saying: ‘He would get all in her face — spittle was flying — telling her she was a w****e and a terrible mother.’

When I first read this, I couldn’t work out what a ‘w****e’ was. I always find asterisks counter-productive when it comes to covering up rude words.

They are intended to deflate the word, but instead they inflate it out of all proportion, making you pause much longer than you otherwise would.

For instance, if I write the word ‘damn’ as ‘d**n’ or ‘d***’ then you would have to set aside time to fill in the missing letters.

When I saw ‘w****e’, with those four asterisks, I was bemused. Yes, I could think of one rude word of six letters beginning with a ‘w’, but this word ended with an ‘r’ not an ‘e’. So what could ‘w****e’ possibly stand for? Had I lived such a sheltered life that a six-lettered W-word, ending with an ‘e’ had somehow passed me by?

Could it be ‘waffle’? Britney does go on a bit, so an unkind person might accuse her of waffling. But wouldn’t Mr Spears have called her a waffler rather than a waffle? Or was he fat-shaming her for tucking into too many waffles? 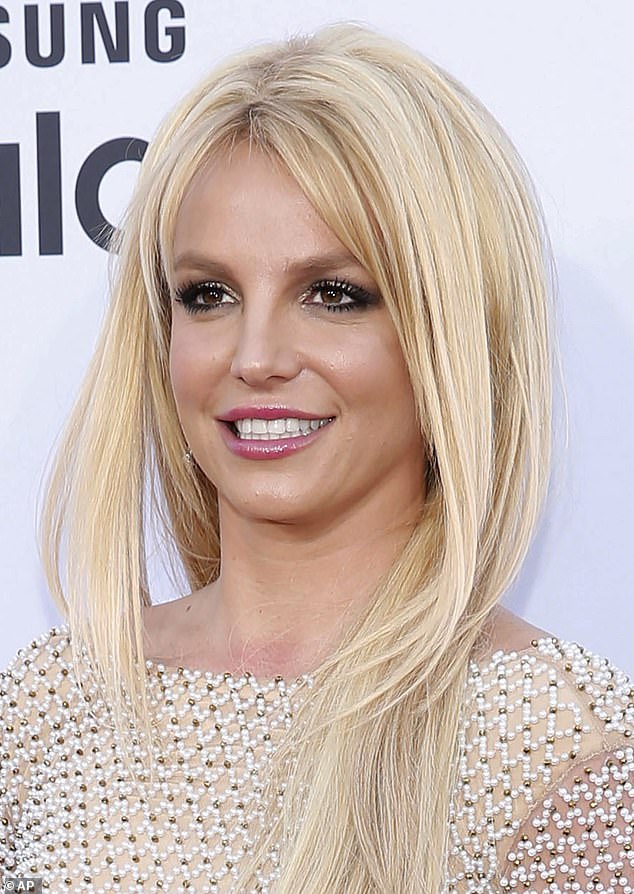 Britney (pictured) claims he has forced her to perform live shows while sick, prevented her from getting married or having another child, and made her take medications against her will

Wobble and Waddle were also possible candidates, but Britney was never so overweight that she wobbled or waddled.

Or might W****e be an item of clothing? A Boy Scout or a Girl Guide uses a woggle to thread their neck-scarf. When I was a Boy Scout, our Scout Master used to upbraid me virtually every week for losing my woggle.

This made me loathe woggles, but it seems unlikely that, for all their many ups and downs, any member of the Spears family has suffered a Woggle-based trauma.

Could it be Wimple, the head-piece worn by nuns? I doubted it. Britney never wears too much, in fact quite the opposite. She doesn’t dress for warmth. This explains why she has never been seen jigging about in a Woolie, or, indeed a Wellie.

What about Widdle? In Carry On Up The Khyber, little Charles Hawtrey plays Private Widdle, who loses his woollen knickers to the Khasi of Kalabar.

But would Mr Spears, who hails from Louisiana, really have such detailed knowledge of the very English Carry On movies?

By now, I had been trying to puzzle out the meaning of W****e for far too long. Weepie, Wedgie, Whinge, Waggle, Wiggle, Wheeze, Writhe: they all seemed unlikely, as did Wakame, a form of edible seaweed.

‘You are a Wakame, and a terrible mother!’ It just didn’t sound right.

I was getting nowhere with my investigations, and was about to abandon them, when I noticed that another website was using just three asterisks, not four.

Aha! Mr Spears had actually called his own daughter a ‘w***e’, to rhyme with chore. On this basis, I suspect he may hold his new title for some time to come.