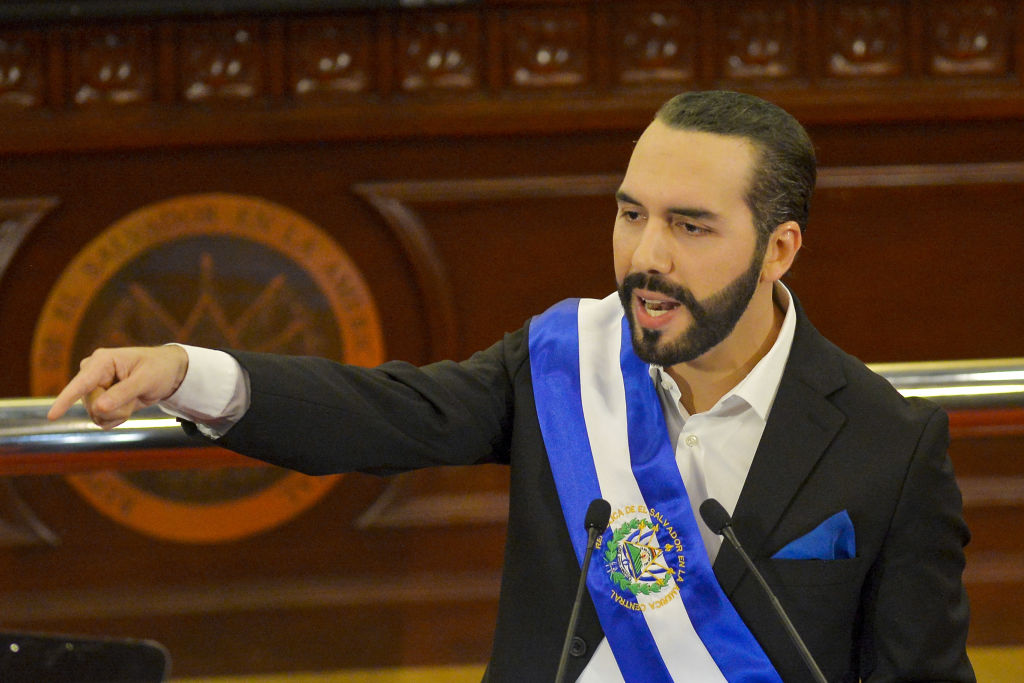 El Salvador became the first country to adopt cryptocurrency bitcoin as legal tender yesterday – but it might soon have company.

Some South American leaders and politicians, from countries including Paraguay, Argentina, Brazil and Mexico, have also expressed interest in the digital currency.

Paraguayan congressman Carlos Rejala, a millenial politician like Salvadoran president Nayib Bukele, has been an outspoken advocate for bitcoin, even adding a ‘laser eyes’ filter, a popular meme, to his social media profiles to show support for the currency.

Rejala hopes to pass a bill next month that will draw cryptocurrency businesses to his country, which has a population similar to London’s. If that bill passes, another bill could be passed that would make bitcoin legal tender.

Rejala announced on Twitter: ‘As I was saying a long time ago, our country needs to advance hand in hand with the new generation.’

‘The moment has come, our moment. This week we start with an important project to innovate Paraguay in front of the world.’

Other benefits to adopting bitcoin potentially include slowing inflation, including people cut off from the formal economy and attracting investments – but adopting the digital currencies can come with a host of problems, too.

Bitcoin is a highly volatile asset – using it as a currency could adversely affect a nation’s economy if large numbers of citizens hold their savings in it.

There has also been speculation that the US might retaliate against countries, like El Salvador, that use both the US dollar and bitcoin, as it presents a threat to the dollar’s strength.

Some analysts have suggested forming a bitcoin ‘trade group’, consisting of countries that have adopted bitcoin as legal tender, to make geopolitical attacks from the US easier to withstand.