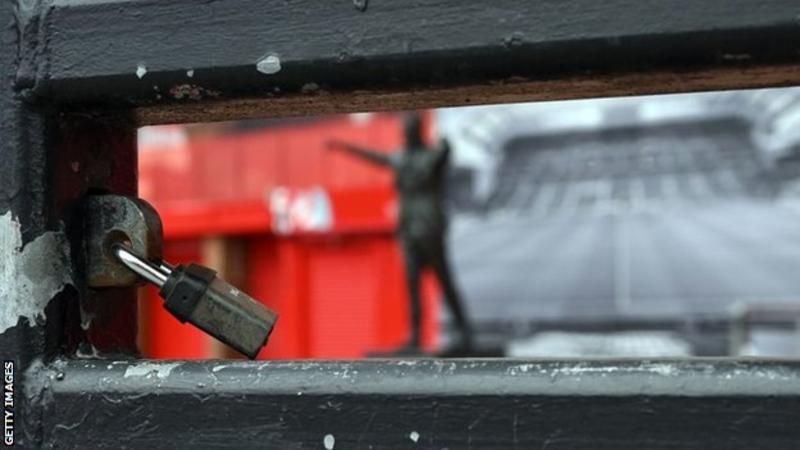 The government plans to set up the first of a series of regular meetings involving senior medical directors of the major sports this week in a bid to return to action as soon as possible.

The move was described by a source close to the plans as a “quickening of the pace” and intended to help sport resume “within weeks”, if progress was made.

The Chief Medical Officer’s staff would also be involved in the weekly meetings, and the Prime Minister has been briefed on the plan.

The specifics of each sport would be examined by health experts to see what protocols would be needed to get each up and running as soon as possible, meaning some would return sooner than others.

Testing, social distancing, hygiene standards and strict limits on the numbers of people allowed in venues would all be debated.

It comes just days after Culture Secretary Oliver Dowden told MPs that he had been having “productive talks” with governing bodies from across British sport on restarting following the coronavirus shutdown.

However, a return to action still depends on the government’s five tests being met, especially an increase in testing, and meeting social distancing guidelines.

Sport at all levels is on hold because of the coronavirus pandemic which has claimed the lives of more than 19,000 people in the UK.

The meetings are viewed as preparatory, and intended to avoid a further delay to seasons being resumed once approval is granted, rather than a sign that it was imminent. Indeed, there is an acceptance that the plans being put in place may not end up being implemented for months if progress elsewhere is not made.

Government officials have accepted that at this stage, sport would only be able to take place behind closed doors.

But there is a recognition that it may provide many people with a much-needed boost to morale after months of lockdown.

Officials are known to be nervous however about the prospect of fans congregating in large numbers outside stadia to celebrate if titles for instance are confirmed.

Dowden said this week that the Premier League was considering making some behind-closed-doors fixtures available free-to-air when the season restarts.

But officials are said to be mindful of commercial contracts with broadcasters Sky and BT, and recognise the importance of the revenue they generate to the sport more widely.

The Premier League holds its next meeting on Friday.