CONOR MCGREGOR will tune in to UFC 249 this weekend to keep a close eye on the winner of Tony Ferguson and Justin Gaethje.

Despite the coronavirus pandemic, the event is scheduled to go ahead behind-closed-doors on Saturday night in Jacksonville, Florida. 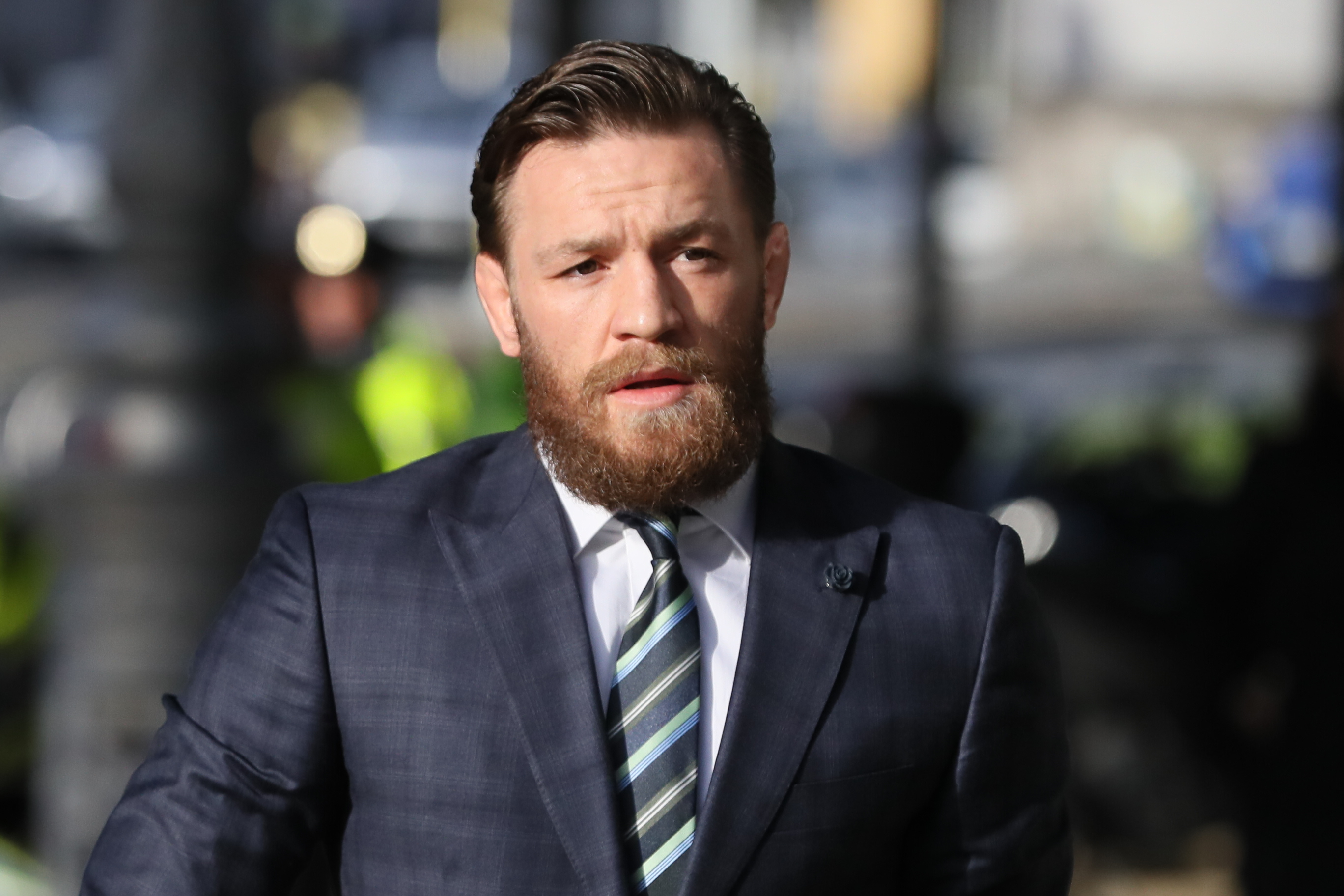 McGregor has been keeping in shape during lockdown as he plots an immediate return to the Octagon following his comeback win over Donald Cerrone in January.

His manager Audie Attar claims the Notorious will be tuning in on Ferguson's scrap for more reasons than one.

Alongside his hopes to fight the winner, McGregor is also eager to see how they run the event with the threat of coronavirus.

Attar told ESPN: "Conor is very curious to see whether the health and safety of the athletes and staff are ensured.

"He wants to make sure everyone is taken care of properly."

Attar also revealed McGregor's desire to fight in front of a sold-out arena but is open to entertaining those stuck indoors.

He added: "While Conor's desire would be to fight in front of another sold-out crowd he does understand what him fighting in an empty arena could do for people at home and would consider if he is comfortable with the way the UFC is holding these events from a health and safety standpoint."

The Brazilian's middleweight bout with Uriah Hall has unsurprisingly been pulled from the card.

A UFC statement said: “UFC’s medical team examined Souza and his two cornermen and found them to be currently asymptomatic.

“As per UFC’s health and safety protocols, all three men have left the host hotel and will be self-isolating off premises, where UFC’s medical team will monitor their conditions remotely and will provide assistance with any necessary treatment.”

Stringent tests for Covid-19 have taken place at the behind-closed-doors event at VyStar Veterans Memorial Arena in Jacksonville.

Both Souza and Hall wore masks for their face-off at Friday's weigh-in. 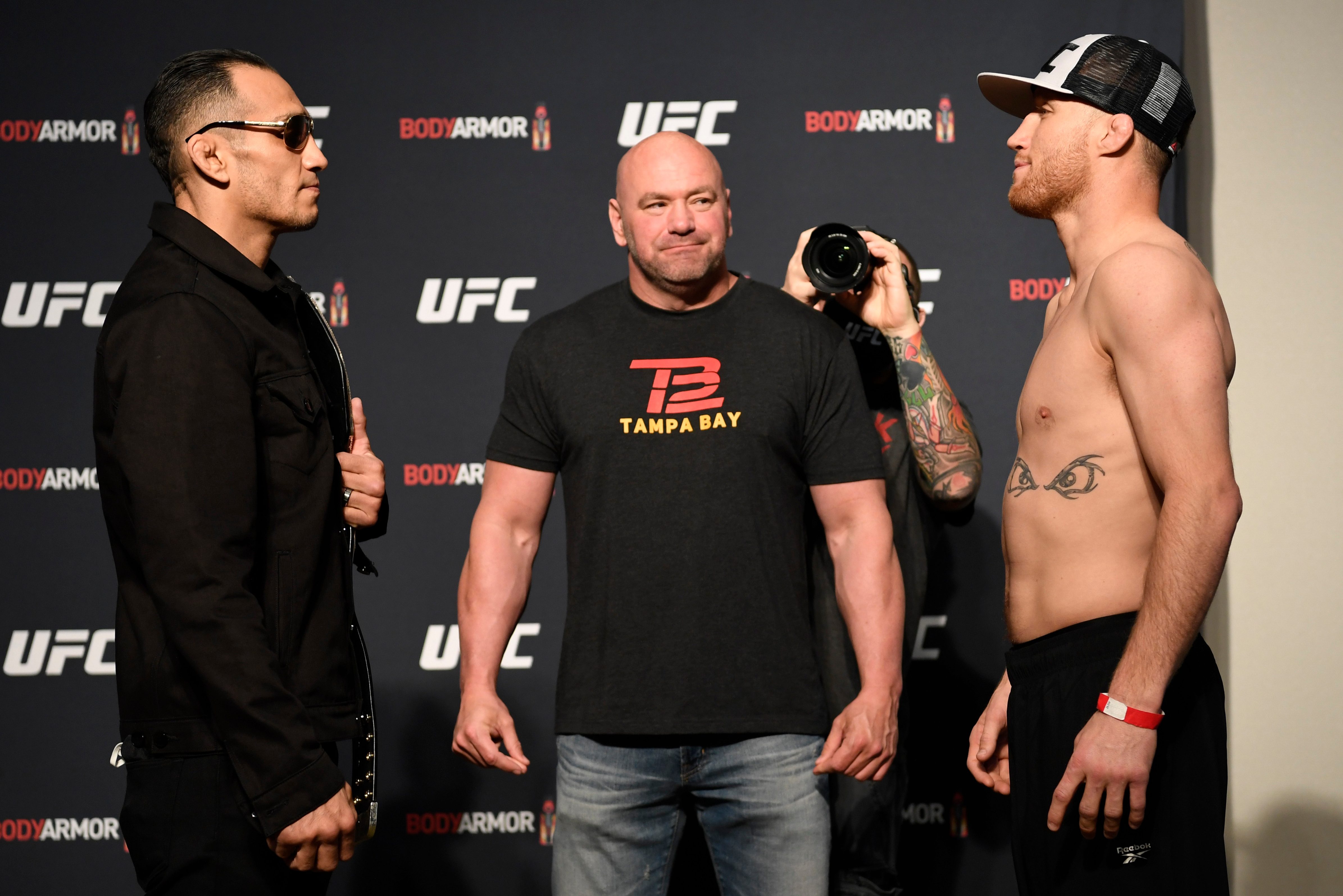 Souza wore gloves in addition to a mask.

They faced off standing several feet further apart than any of the other fighters on the card.

But UFC president Dana White fist-bumped both men sparking further concerns over the threat of spreading the virus. 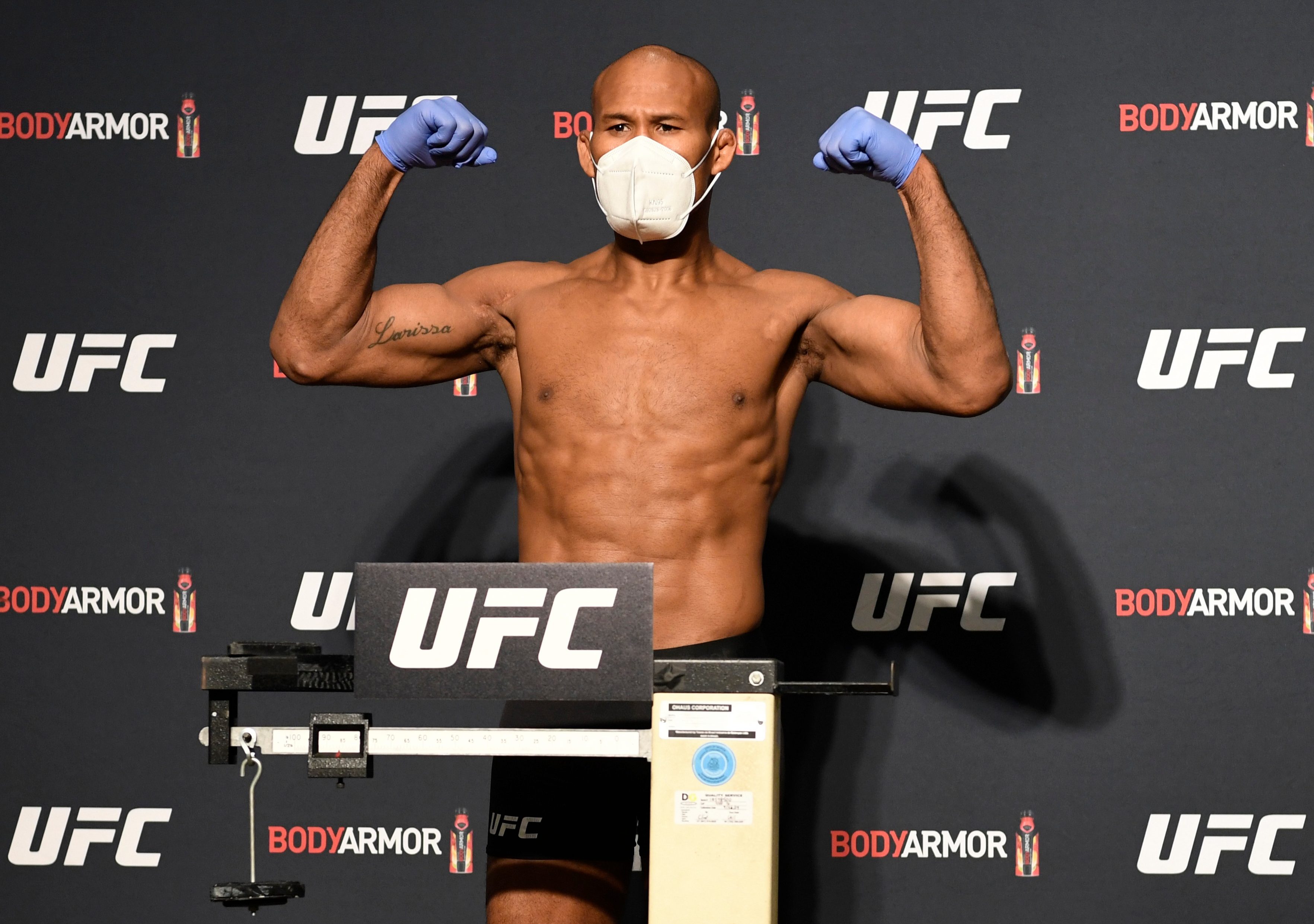