She gets an A+ in matchmaking! College student tries to set up her single mom with her professor during his Zoom ‘office hours’ after she saw his photo and called him a ‘babe’

A University of Colorado at Boulder who has been taking classes on Zoom was tickled when her single mom called one of her professors a ‘babe’ — so she decided to play matchmaker.

Aly Oliver was preparing for a class when her mother noticed a photo of one of her professors, and quickly commented on how attractive he was.

So Aly arranged for her mom to ‘accidentally’ walk in during virtual office hours with the professor, and recorded the whole thing for a TikTok video that has since gone viral. 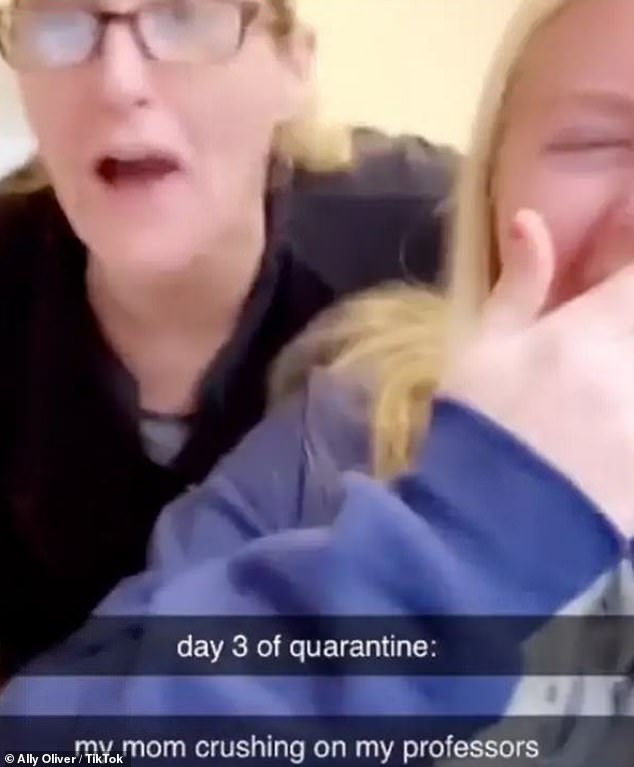 Lookin’ good! Aly Oliver has been taking her University of Colorado at Boulder on Zoom. Her single mom saw one of her professors and thought he was a ‘babe’ 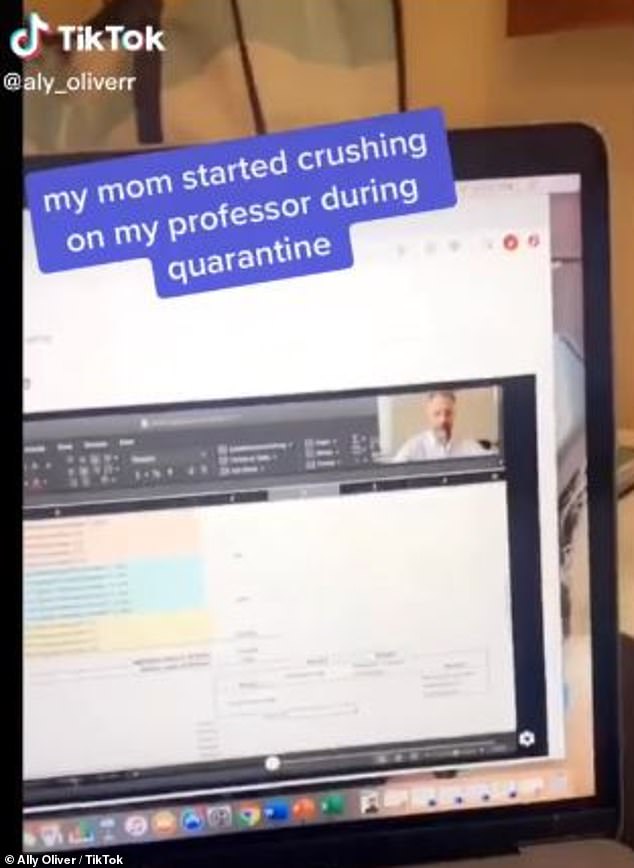 Viral: Aly recorded her mother’s excited reaction to her professor and shared it on TikTok

The video begins with her mom looking over her shoulder at her laptop, staring at a photo of her professor.

‘My mom started crushing on my professor during quarantine,’ she explains in the caption.

Aly, meanwhile, is laughing at her mom’s reaction — but is ready to go to bat for her in the romance department.

She explained that she set up virtual office hours with the professor, so her mom could ‘accidentally’ walk into the room and meet him.

Her mom was game — and joked that she was ‘gonna get [Aly] an A in that class.’

During office hours, Aly is telling her professor about how her parents are divorced, so she has two houses to quarantine in.

Just as she saying that, her mom walks into the room to offer Aly lunch.

Playing it smooth, Aly asks her mom if she wants to come meet her ‘favorite professor’ — and the pair wave and chat for a minute.

Since the video was shared on TikTok, it has been already been viewed 9.4 million times, and commenters are excitedly writing that they hope romance is in the air. 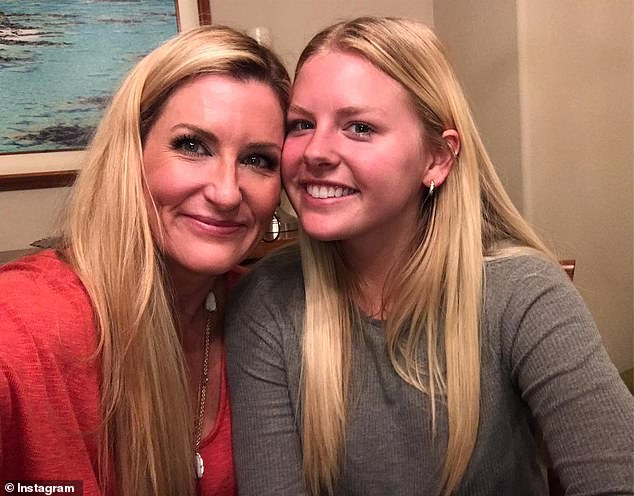 Whoops! After her TikTok video went viral, Aly (pictured with her mom) had to explain what happened to the professor — who was ‘chill’ about it Expert setup: Her professor told her to write her next paper about TikTok and privacy issues — and Aly plans to include her mom’s number at the end

‘Ohh I want this for her SO BAD,’ one wrote.

‘Your mom is so bold it’s inspiring,’ said another.

But the video being wildly popular posed some complications — namely, that Aly realized her professor might see it.

In a follow-up video, Aly said that when the video already had five million views the day after she posted it, she realized she’d have to email her professor because it was now ‘so awkward.’

‘So I sent him an email and I was just like, “Yo, I did not know this was gonna go viral, I can totally take it down if you want,”‘ she says.

According to Insider, her professor wrote back: ‘Surreptitiously recording aside, that’s [an] endearing thing for a daughter to do for a mother.’

Aly added that he was ‘super chill’ and said she could keep it up, but would have to write her next paper about intellectual-property rights ‘vis a vis TikTok.’

‘However, I’m gonna drop my mom’s cell phone number at the end of my essay, because, what do I have to lose?’

She did note, though, that her mom and her professor live in different states — and there’s still quarantine — so viewers shouldn’t get their hopes up for too much from them.