With a hand-drawn animated cityscape, indie band Cold Weather Company highlights ‘a later of connectedness’ amongst humanity in their new video, ‘Movement.’

Though the concrete and steel, glass and grime of a city feel antithetical to nature, the urban sprawl is in itself an ecosystem – and Cold Weather Company would like to remind you that every aspect of that system is connected. In the video for the single version of “Movement,” the independent alternative folk band shows a city at night. Faceless bodies are seen through hazy windows as they go about their business, seemingly unaware of the lives unfolding around them. “Fearful of a thought, and tightly though you’re wound,” sings Steve Shimchick on the song. “The treasure that you’ve wrought / Will soon surround you / And with every step you’ll find / A new energy around you / For this is now your time.

“The video for ‘Movement’ focuses on zooming in and out of constantly changing perspectives—experiences all happening at the same time in their own ways,” the band — Brian Curry, Jeff Petescia, Steve Shimchick — shares with HollywoodLife. “During the writing process, the song drew a lot of inspiration from the themes and input shared by our friends in The Cold Weather Collective, so it was important that the video was able to hone in on unique facets of life while still offering a layer of connectedness. Our thanks to Haley S. Potter for her beautiful work with the illustration and hand-drawn animation for this video and all of the videos linked to the Coalescence release.” 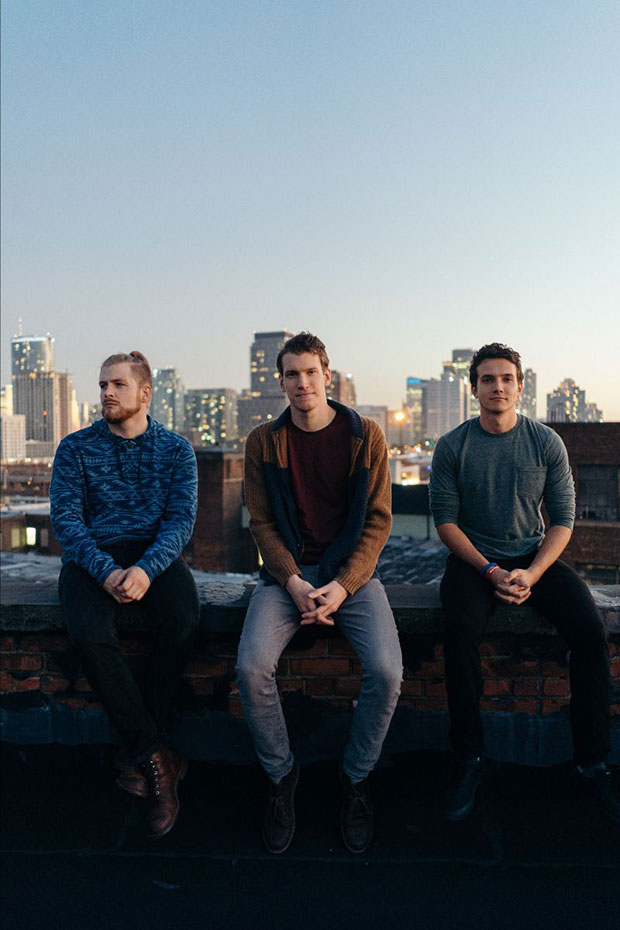 The “Movement” video comes a day after Coalescence Pt. 2 hit your favorite streaming service. The band is releasing its new album, Coalescence (via Deko Entertainment), in three parts. The second installment includes “Token,” “Awakening,” and the full 8-minute version of “Movement.” The band aims to release the full project in fall 2021 and says to “stay tuned for updates about the Coalescence LP, including vinyl, other merchandise, and plenty more.”

Formed in 2013 after a chance meeting at a park bench at Passion Puddle on the Cook Campus of Rutgers University in New Brunswick, New Jersey, Cold Water Company built a buzz for themselves with their first three albums, Somewhere New, A Folded Letter, and Find Light (the latter of which was produced by Alan Douches, who worked previously with Sufjan Stevens and Grizzly Bear.) In addition to creating their charming brand of acoustic-forward, alt-folk, CWC also runs the #ColdWeatherCleanup Benefit for New Jersey (as well as the TrashLove Reddit, where they spread messages of “positivity, self-care, and love online and in their communities through the concept of Trash Love—picking up trash and picking up spirits.”