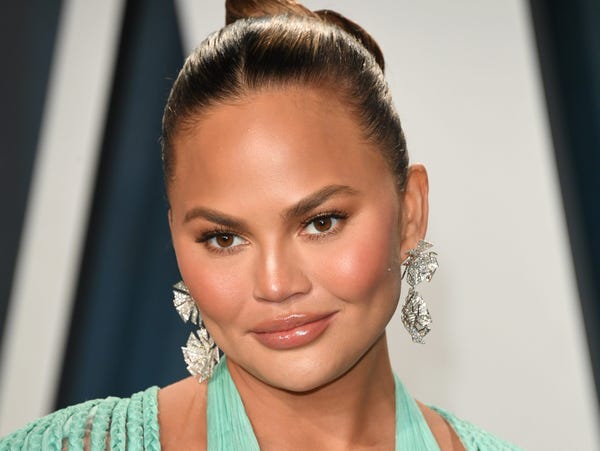 Chrissy Teigen suffered a pregnancy loss after being hospitalized for several days for excessive bleeding, the model shared in a raw and emotional Twitter post late Wednesday night.

"We are shocked and in the kind of deep pain you only hear about, the kind of pain we've never felt before," Teigen wrote. She juxtaposed the text with a black-and-white photo of herself perched on a hospital bed, crying with her head in her hands.

Teigen, who was pregnant with her and her husband John Legend's third child, a son, shared that she had been put on bed rest for two weeks in early September.

On Sunday, she was admitted to the hospital after the steady bleeding she experienced turned severe. She underwent two blood transfusions, the model shared on Instagram on Monday, and passed a blood clot the following day. The bleeding was a result of a "weak placenta," she said.

Chrissy Teigen suffered a miscarriage after being hospitalized for excessive bleeding

Even after getting "bags and bags of blood transfusions," the bleeding couldn't be stopped, Teigen shared on Twitter on Thursday, and the baby couldn't get the fluids he needed to survive, she added.

Dr. Jessica Shepherd, an OB-GYN at Baylor University Medical Center, who wasn't involved in Teigen's treatment, told Insider earlier this week that getting blood transfusions during pregnancy is uncommon. The procedure is usually reserved for anemia, and hemorrhaging, which is what Teigen was experiencing.

In her post, Teigen shared that unlike her previous pregnancies, where she and Legend waited until their babies were born to choose their names, the couple had "for some reason" already picked a name for their unborn son. They had started calling their baby Jack.

Teigen and her husband John Legend had named their unborn baby, Jack

"He will always be Jack to us," she wrote. "Jack worked so hard to be a part of our little family, and he will be, forever."

The cookbook author revealed her pregnancy in August in Legend's music video for "Wild." She then confirmed the news on Twitter and Instagram.

The couple has two children, Luna and Miles, and Teigen has opened up about how they used in vitro fertilization for their other pregnancies.

In her Twitter post on Thursday, Teigen shared how "grateful" she is for Luna and Miles, and said, "on this darkest of days, we will grieve, we will cry our eyes out."

Teigen followed up her initial statement with a post expressing her shock and disbelief.

"Driving home from the hospital with no baby," she wrote. "How can this be real."