CHRIS EUBANK JR is preparing for the next stage of his career with a tune-up bout against late replacement Anatoli Muratov.

The middleweight contender returns to the ring on Saturday night, as the new face of Sky Sports Boxing. 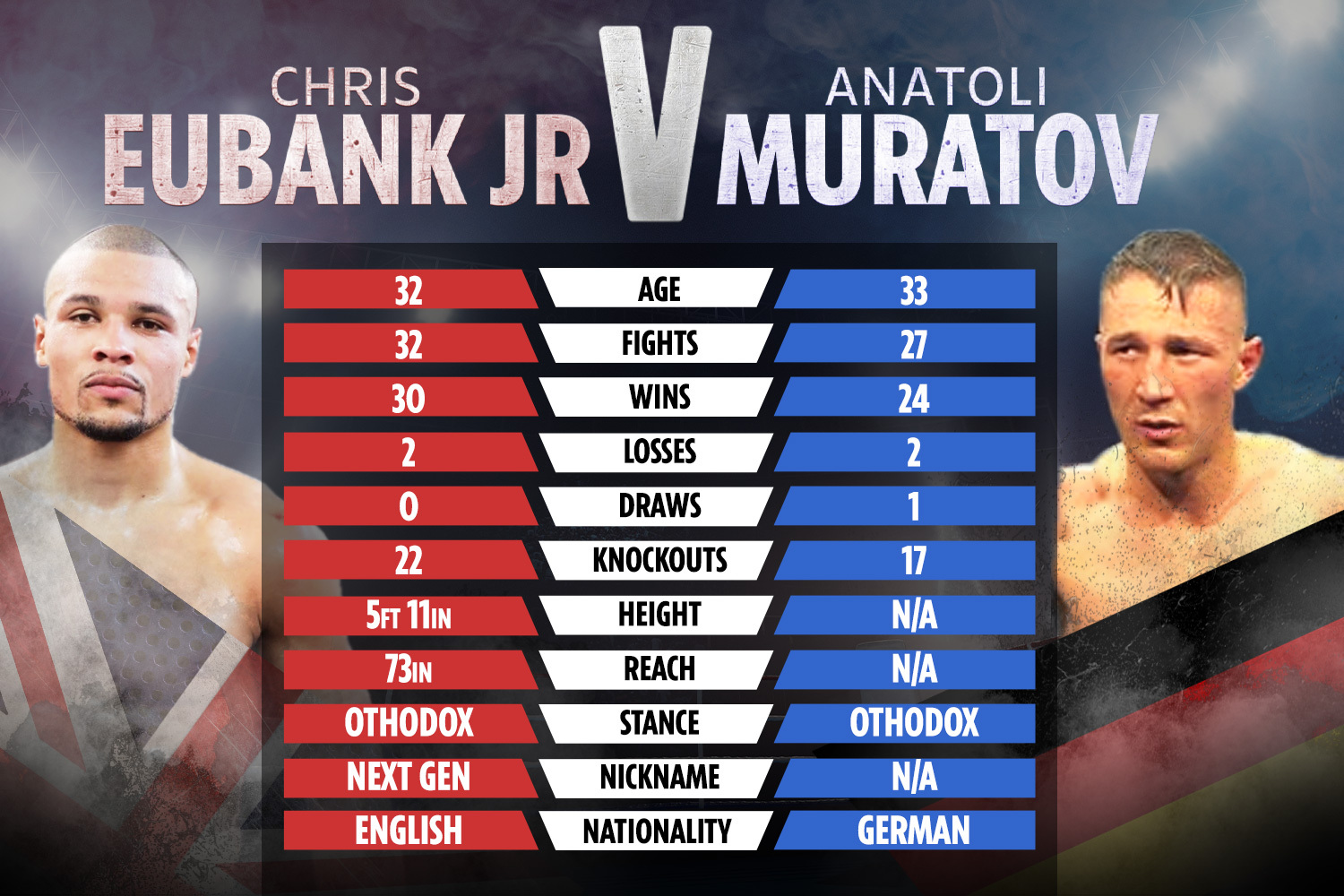 Eubank Jr was lined up against 18-1 Sven Elbir, until the German tested positive for coronavirus.

It led to his countryman, little known Muratov, filling in as a substitute at the last minute.

But for Eubank Jr, the opponent does not matter, with the goal the same; win and move on to a big fight by December.

His last was a ten round beating of Manchester's Marcus Morrison, an exercise to dust the cobwebs off and get the ring time banked.

But at 32, the son of a legend now has to press forward with world title ambitions.

His promoter Kalle Sauerland has already teased an end of year pay-per-view, with Billy Joe Saunders, 32, and Liam Williams, 29, targeted.

But IBF middleweight champion Gennady Golovkin, 39, will have to wait until next summer, with the Kazakh unifying against Ryota Murata, 35.

Eubank Jr, who has only lost to Saunders and the now-retired George Groves, 33, wants to fight GGG at Brighton's Amex Stadium.

He said: "I've been told that he's looking to fight in the UK again. So that's a stadium-filler.

"How amazing would it be to get that fight at the Amex or something like that in Brighton, I've always wanted to fight there. We've got to get it done."

Boxing's pound-for-pound No1 Canelo Alvarez, 31, who has left Saunders considering retirement after his win, is also on Eubank Jr's radar.

And it is again another one fitting for Britain's largest audiences.

Eubank Jr told Sky Sports: "I mean who else is there? Beats Saunders, beats Callum Smith, there's nobody else. It would fill the biggest stadium."

The only man standing in Eubank Jr's plans is Muratov, 33, a man beaten only twice, with one draw and 24 wins.

This year already he has beaten Gyorgy Varju as well as Malkhaz Sujashvili and takes 17 knockouts into the fight.