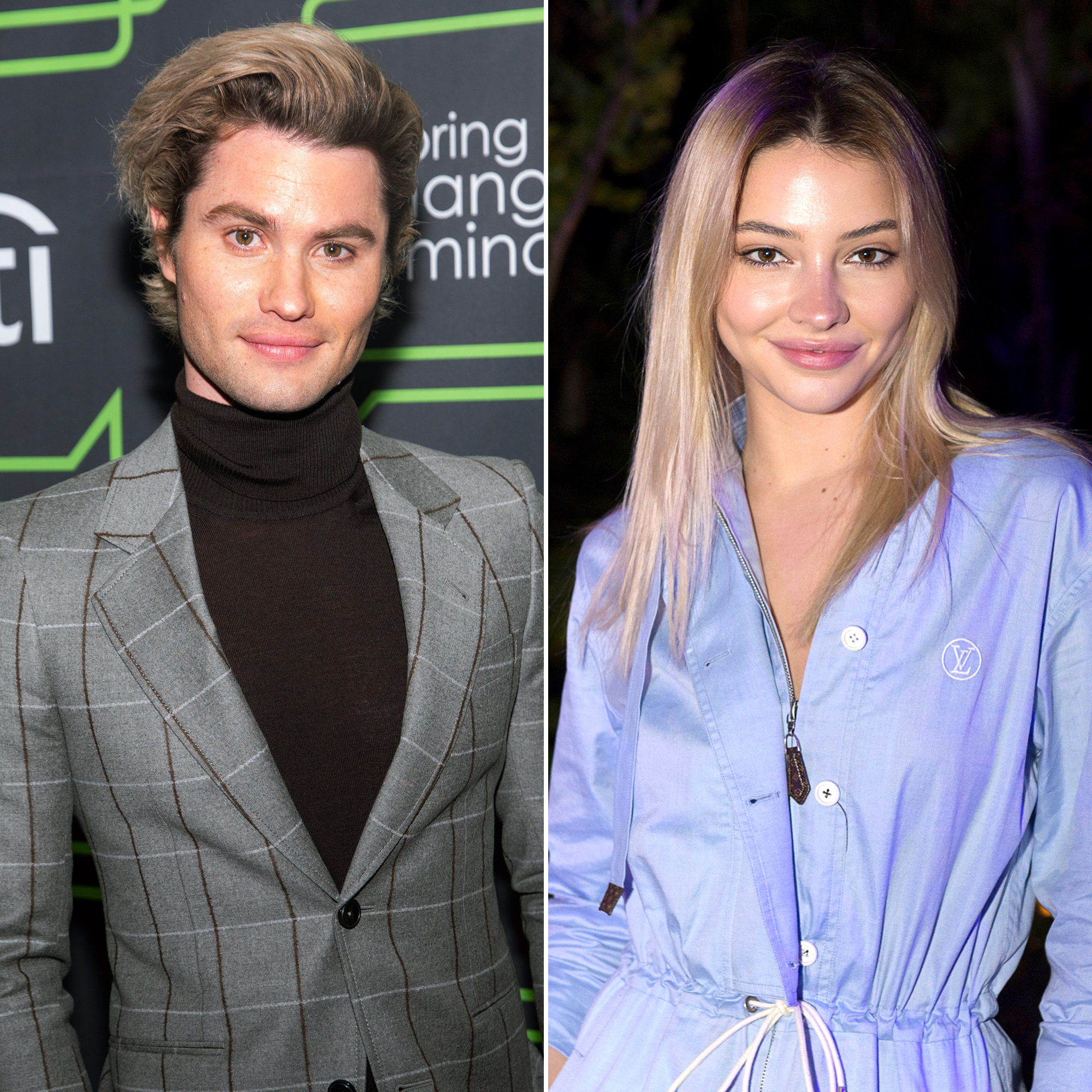 “She’s one of my favorite people on planet Earth,” Stokes, 29, told Us Weekly exclusively at Glenn Close and Bring Change to Mind’s ninth annual Revels & Revelations Gala on Thursday, December 2, at City Winery in New York, advocating for teen mental health awareness. “You know, it’s super awesome to work with somebody that you care about that much, and yeah, I’ll leave it at that.”

When asked about his official relationship status, the actor played coy, teasing that he had “no comment.”

Along with Cline, 23, the Maryland native has strong bonds with all of his Netflix costars, including Madison Bailey, who also attended Thursday’s event. The North Carolina native, 22, is “like a sister,” Stokes gushed.

“We still talk every single day, collectively, as a group and, you know, you just kind of dream for opportunities like that,” he added. “I mean, Outer Banks is a dream situation and to continue to tell this story as we have been has been … the biggest blessing in disguise I could have ever asked for.”

Stokes and Cline, who play lovebirds John B. and Sarah on the fan-favorite series, met while filming the first season in 2019. However, they didn’t immediately pursue a romance off screen. They confirmed their relationship in June 2020, two months after Us confirmed that they were quarantined together amid the coronavirus pandemic.

After more than one year of dating, the duo sparked split speculation in September when the Knives Out 2 actress was spotted with Ross Butler in Milan and Paris. However, Butler, 31, told TMZ that Cline was “just a friend.”

Rumors about the pair’s status continued to swirl when they didn’t appear to celebrate Halloween together. Us confirmed in November that they had called it quits.

“They’ve been trying to work it out for quite some time but decided going their separate ways was best,” an insider exclusively revealed at the time. “They both have busy schedules, which made it hard for them to spend a lot of time together. They have no bad feelings toward each other and remain friends.”

Fans later began to wonder whether the costars were back on when they were seemingly seen together over Thanksgiving weekend.

Season 2 of Outer Banks dropped in July, and while no official announcement has been made regarding the show’s renewal, viewers are already eager to see what’s in store for the Pogues next — and so are the cast members.

“Every time we get a script it’s just kind of blowing our seats off, so I’m just excited to get my hands on it [and] hopefully Netflix gives us the green light,” the Beach House actor explained, adding that the series is still “in limbo” when it comes to season 3. “We’re still patiently waiting, just sitting back trying to figure out when it’s going to happen or if they’re going to give us the call. … But fingers crossed.”

With reporting by Diana Cooper