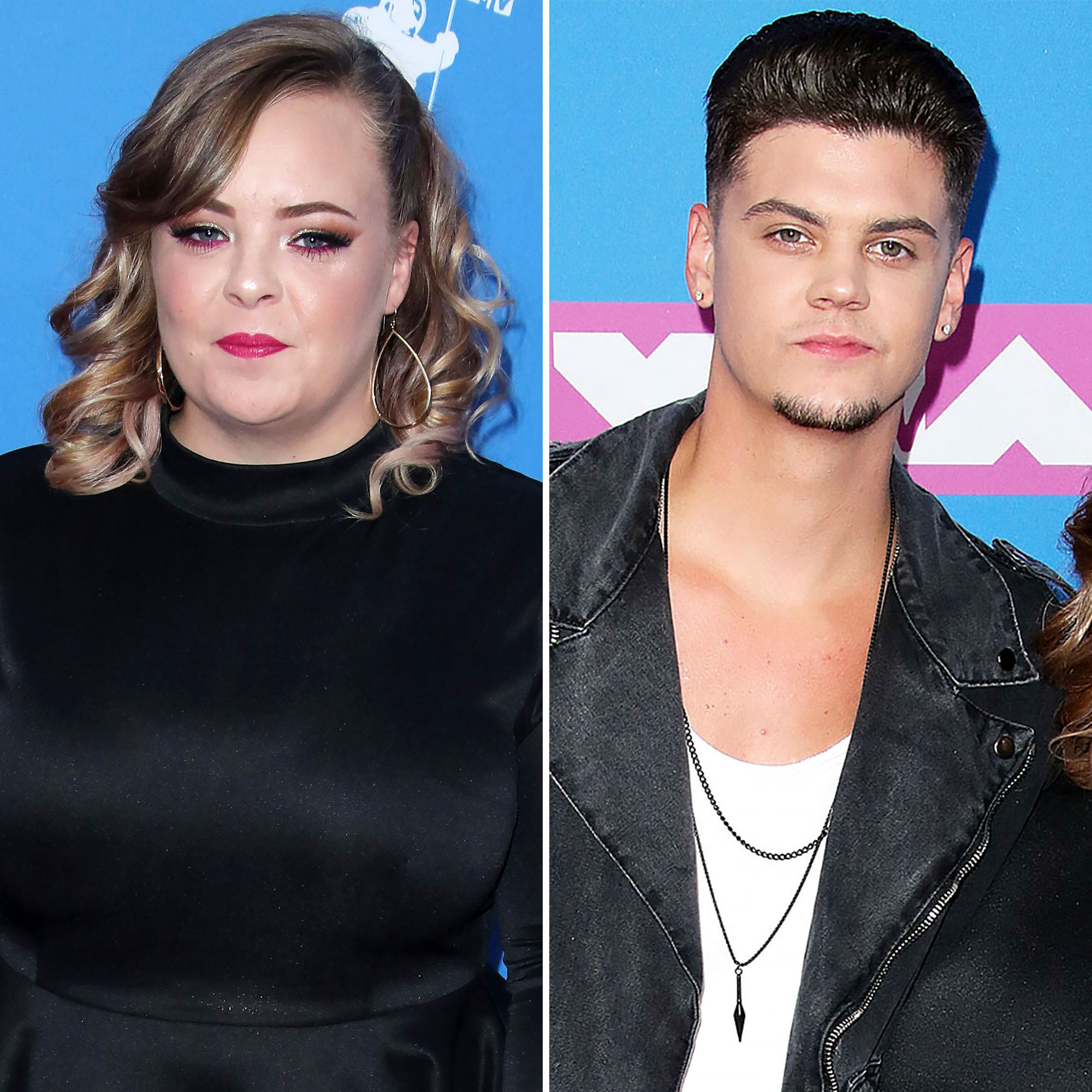 Proud wifey! Teen Mom alum Catelynn Lowell has been totally supportive of her husband, Tyler Baltierra, showing off his weight loss progress — but she had a few words for the “thirsty” responses to his shirtless snaps.

Celebrities’ Weight Loss and Transformations: Before and After Photos

Baltierra, 29, showed off his body transformation via Instagram on Monday, August 23, writing, “I won’t ever stop fighting even when my body is bleeding broken & all bruised stumbling. It will not inhibit my journey. I’ll just keep rising & learning while adapting any strategy needed to reach my peak of victory … #FitnessJourney #WritingIsHealing #WritingIsMotivating ✍🏻.”

She later added another comment after seeing all sorts of admiration he had received from fans, writing, “All these thirsty girls on here 😂😂😂😂 STAY wishing because this is what I sleep next to every night and forever!!! 🥰🤞😬 #gtfoh.”

Baltierra has documented his weight loss transformation on social media for more than a year.

“YEAR 1 DOWN,” the MTV personality captioned before-and-after pics in June. “165lbs on the left (Me in 2020 when I started) & 199lbs on the right (Me Now) & still in the process of shredding my fat % down. My goal was to gain as much much muscle mass as I could with the least amount of fat as possible. I’m not exactly where I want to be yet, but I have to remind myself to appreciate the journey & acknowledge where I started from. I can’t wait to see what year 2 looks like! 💪🏻😝🤘🏻😏.”

The reality stars first started dating when they were in middle school in 2005. When Lowell got pregnant with their first child, Carly, now 12, the pair were featured on MTV’s 16 and Pregnant in 2009. As the series continued, Lowell gave birth and the duo subsequently decided to place Carly up for adoption.

‘Teen Mom OG’ Stars: Where Are They Now?

After briefly splitting in 2013, the pair tied the knot in August 2015, seven months after welcoming their daughter Novalee.

“Couples go through ups and downs,” Lowell exclusively told Us Weekly in May 2018 after rumors that she and Baltierra had hit another rough patch. “We are a solid couple.”

“This rainbow was worth the storm,” the MTV star captioned an Instagram photo of Novalee and Vaeda wearing “big sister” T-shirts in February. “Baby Baltierra coming soon.”

Listen to Watch With Us to hear more about your favorite shows and for the latest TV news!