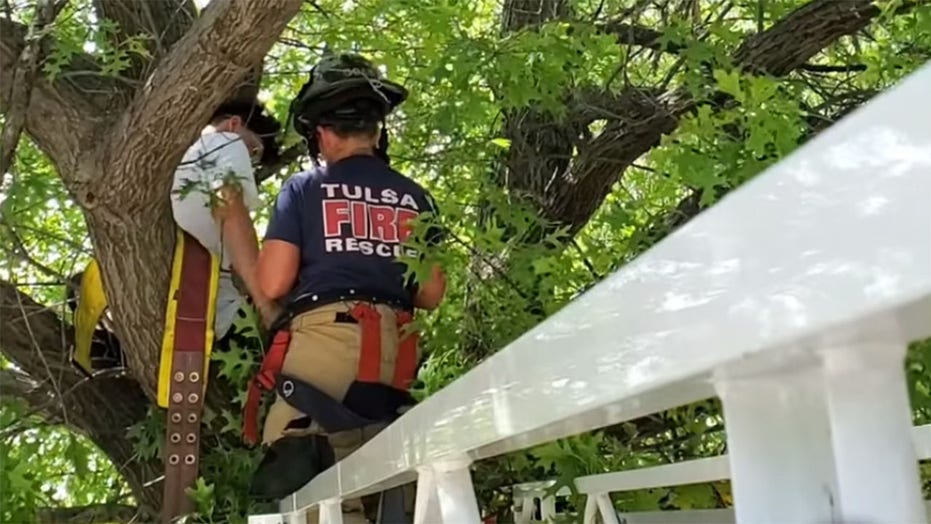 A pet owner in Oklahoma attempted to rescue their pet cat after the animal got stuck in a tree. Unfortunately, it turns out, some trees are hard for both cats and humans to climb out of. 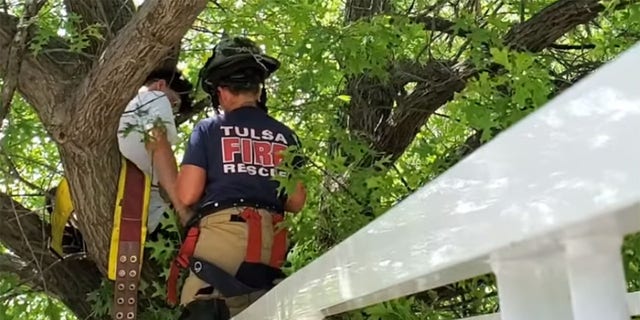 The Tulsa Fire Department posted about the incident on its Facebook page, explaining that a crew had to be sent out to a neighborhood in Tulsa. According to the department, a cat owner had become stuck in a tree while trying to rescue their pet.

The fire department shared images of the rescue operation, which show firefighters bringing a ladder up to a section of the tree that appears to be about two stories off the ground.

A rescue worker can be seen guiding the cat’s owner down the ladder. One image shows the cat, safely on the ground, after it was seemingly carried out of the tree in a backpack.

“Around 3:45 pm, Captain Alan Hancock and his Engine 27 A Platoon crew responded to a rescue near S. 94th E. Avenue and E. 27th Street,” the Tulsa Fire Department wrote on Facebook. “Apparently a cat climbed high up into a tree. Its owner was so concerned for the feline that he climbed up to attempt a rescue. Unfortunately, they both found themselves in a dangerous predicament high above the ground, unable to get down safely.” 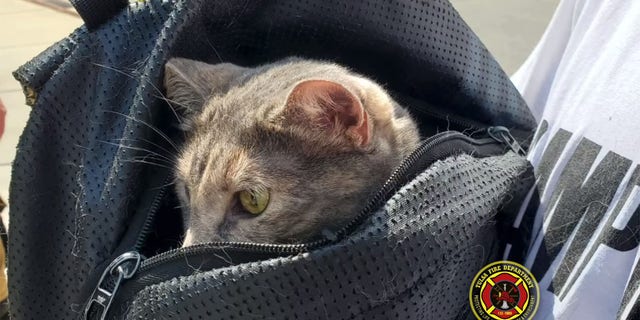 The cat safely returned to the ground, after it was seemingly carried out of the tree in a backpack.
(Tulsa Fire Department)

The post continues, “When Captain Hancock and crew arrived and accessed the scene, they requested that Captain Jacob Inbody and the Ladder 27 crew respond to utilize their aerial device. Acting FEO Brett Allen positioned the aerial so Firefighter Jayme Brooks could ascend and perform a safe rescue.”