Is Russia targeting US for cyberattacks?

An executive at SE Ranking, a worldwide tech company with headquarters in California and London, has died in Ukraine along with her two children, officials said.

Tatiana Perebyinis, 43, her 18-year-old son Mykyta, and her 9-year-old daughter Alisa were killed by a Russian mortar attack in Ukraine as they were trying to board a bus to flee the country, KTVU reported.

The fatal strike came a day after the family's apartment in Irpin, located near Kyiv, was bombed on March 5, KTVU reported. 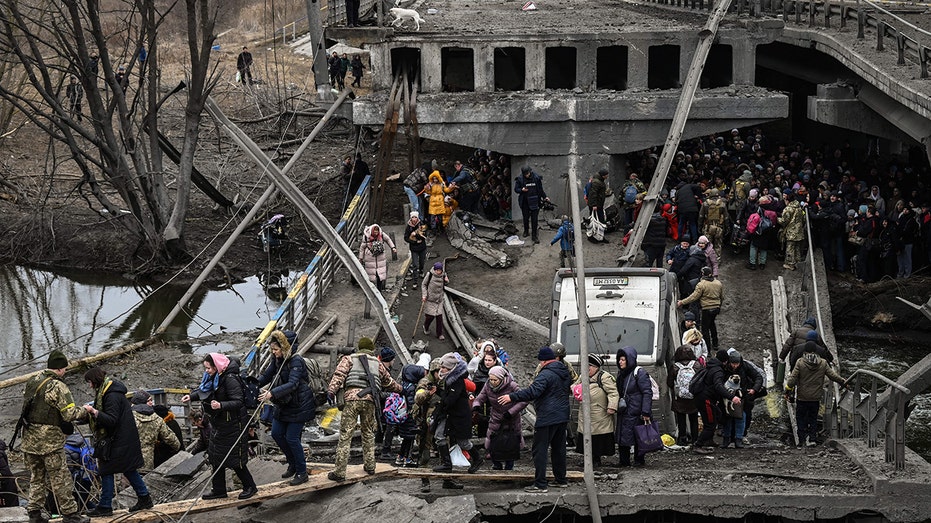 People cross a destroyed bridge as they evacuate the city of Irpin, northwest of Kyiv, during heavy shelling and bombing on March 5, 2022, 10 days after Russia launched a military in vasion on Ukraine. (Photo by Aris Messinis / AFP) (Photo by ARIS MESSINIS/AFP via Getty Images / Getty Images)

According to the report, the explosion subsequently forced the family to live in the basement of the facility.

The morning after the bombing, Tatiana and the children attempted to board a bus but were hit by a mortar, KTVU reported.

The children died immediately while Tatiana was transported to a hospital, where she later died, according to the report.

Ksenia Khirvonina, a co-worker of the tech executive who was with her just weeks ago, remembered her as "happy, smiling," and "like a big sister to all of us."

"She helped us out with any situation," the co-worker added, according to the report. "She made everyone laugh around her with her jokes.  She was a great woman, mother, daughter, wife."

Tatiana is survived by her husband, who was away from the family at the time of the bombing as he cared for his mother. 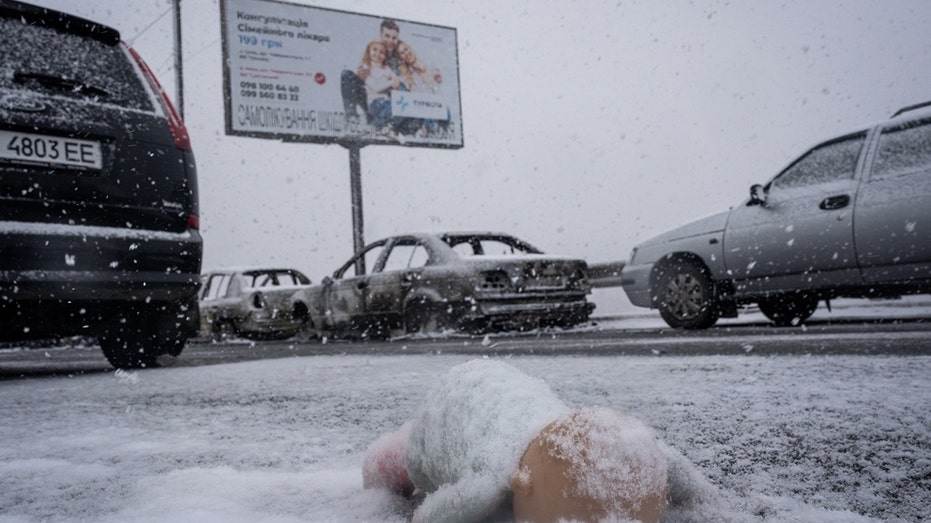 Snow encrusts a doll left on a road as civilians continue to flee from Irpin due to ongoing Russian attacks durin snow falls in Irpin, Ukraine on March 08, 2022. (Photo by Wolfgang Schwan/Anadolu Agency via Getty Images / Getty Images)

Serhiy Perebyinis first learned of his wife's death over Twitter, he told the New York Times, after he saw that one of the Times' journalists had posted a photo from the incident.

"I recognized the luggage, and that is how I knew," he told the outlet, after photographer Lynsey Addario shared a photograph of the four victims.