Drinking tea and coffee when sleep deprived can help you stay awake but won’t stop you making mistakes at work, study reveals

Caffeinated drinks like tea and coffee might be good for keeping you awake, but they are no ‘cure all’ and can’t stop you making mistakes at work, study shows.

Despite making you more alert, they don’t help prevent the kind of sleep deprivation-related thinking errors that might cause medical mistakes or car accidents.

That is according to a team from Michigan State University who gave sleep-deprived volunteers caffeine and then set them a series of challenging ‘place-keeping’ tasks.

‘There is no replacement for good sleep,’ according to the study authors, who say caffeine keeps you awake, but doesn’t improve you performance. 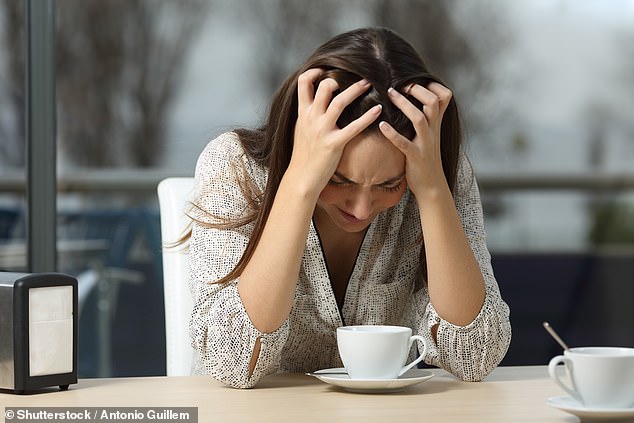 Caffeinated drinks like tea and coffee might be good for keeping you awake, but they are no ‘cure all’ and can’t stop you making mistakes at work, study shows. Stock image

Insomnia is the inability to fall asleep no matter how tired you are.

Symtoms include waking up several times anight, lying awake, and waking not falling back to sleep.

You can have these symptoms for months, sometimes years.

The most common causes are stress, anxiety or depression, noise, a room that’s too hot or cold, uncomfortable beds, alcohol, caffeine or nicotine, recreational drugs like cocaine or ecstasy, jet lag or shift work.

During the study, 275 sleep-deprived participants, some given caffeine and some not, were asked to complete different tasks.

One was a simple attention task, but they were also tested on a more challenging ‘place-keeping’ task – one requiring the completion of steps in a specific order without skipping or repetition.

The researchers found that, while caffeine seemed to help the participants stay awake and keep focus on the attention task, it had little or no impact on their performance in the place-keeping exercise.

The study was lead by Dr Kimberly Fenn, a psychology professor, who said they found sleep deprivation impaired performance on both types of tasks.

‘Having caffeine helped people successfully achieve the easier task. However, it had little effect on performance on the place-keeping task for most participants.

‘Caffeine may improve the ability to stay awake and attend to a task, but it doesn’t do much to prevent the sort of procedural errors that can cause things like medical mistakes and car accidents.’

Dr Fenn explained how consistently lacking adequate sleep not only affects cognition and alters mood, but can eventually take a toll on immunity.

She added: ‘Caffeine increases energy, reduces sleepiness and can even improve mood, but it absolutely does not replace a full night of sleep.

‘Although people may feel as if they can combat sleep deprivation with caffeine, their performance on higher-level tasks will likely still be impaired.’

Fenn explained that this impairment, even when masked by coffee, tea or energy drinks ‘is one of the reasons why sleep deprivation can be so dangerous.’

She added: ‘If we had found that caffeine significantly reduced procedural errors under conditions of sleep deprivation, this would have broad implications for individuals who must perform high stakes procedures with insufficient sleep. 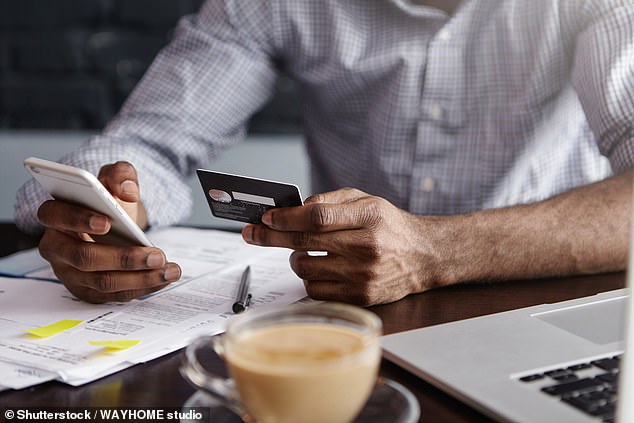 Despite making you more alert, they don’t help prevent the kind of sleep deprivation-related thinking errors that might cause medical mistakes or car accidents. Stock image

This includes people like surgeons, pilots and police officers, but, said Fenn, ‘instead, our findings underscore the importance of prioritising sleep.’

The researchers didn’t specifically use coffee, tea or energy drinks, so can’t say whether one is worse or better than the other.

Volunteers were given a 200mg shot of pure caffeine contained within a capsule, before they had their performance in the tasks tracked.

The findings were published in the journal Experimental Psychology: Learning, Memory, & Cognition.

Caffeine has been deemed safe for consumption in doses of up to 400 mg per day for the general population.

Studies suggest it can have a variety of health benefits, including combating liver disease and type two diabetes.

Research has even suggested it could even help people live longer.

It is the world’s most widely consumed stimulant and reports show it can boost daily energy expenditure by around five per cent.

Researchers have said combining two to four daily coffees with regular exercise would be even more effective at keeping the weight off.

A 2015 study showed just a couple of cups a day could help millions of dieters stay trim once they have achieved their desired weight.