Burger King shut down its UK restaurants last month in order to comply with Government orders for all non-essential services to close. However, it was announced on April 16 that the chain would be reopening a few stores in the UK. Where are these stores, and how can you get Burger King delivered to your home?

Prior to this, most Burger King locations remained open for drive-thru and delivery.

In a fair-well message to its fans, the chain said “bye for now” to “all whopper fans”.

The message read: “It what we can only call unprecedented times, it is with a heavy heart that we have decided to temporarily close all Burger King UK restaurants. 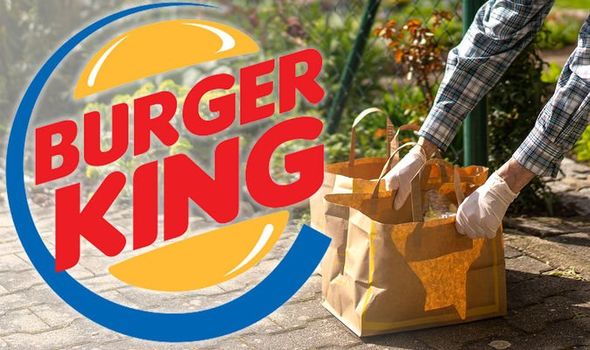 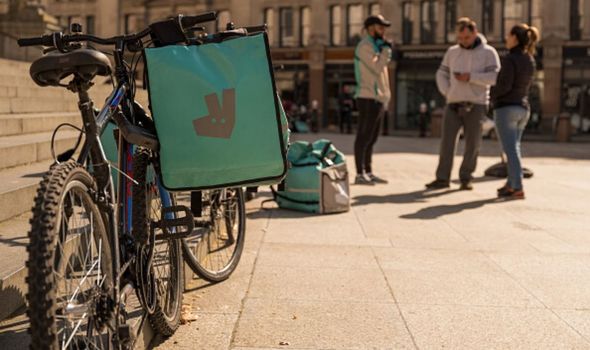 “It’s not something we want to do, but it is the right thing to do right now.

“We are following all advice by the Government and Public Health England as the situation develops and want to play our part at this time.

“We want to say a huge thank you for all our crews’ ongoing commitment and hard work in the recent challenging weeks.

“We also want to take this moment to thank everyone who is working so hard through this challenging time, we’re incredibly grateful.

“We have exciting things coming in the future, so we’ll see you on the other side.” 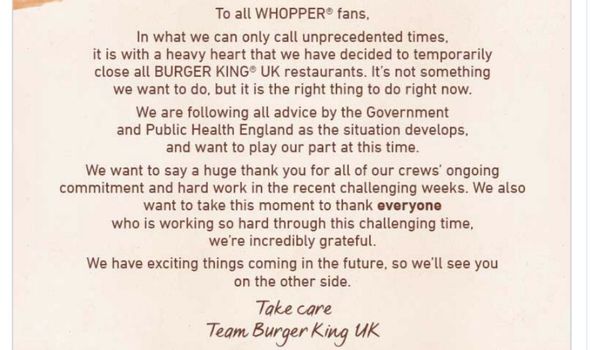 Which Burger King stores are open?

Burger King is in the UK’s top 10 most popular dining brands, according to YouGov.

It’s no surprise, then, that Burger King reopened four of its restaurants.

Staff have been given masks and gloves and have been trained to run a hygienic delivery-only kitchen.

Two stores in Bristol are opening, one in Coventry, and one in Swindon.

The business has also pledged to donate 1,000 meals per week to staff working at NHS hospitals near the newly reopened restaurants. 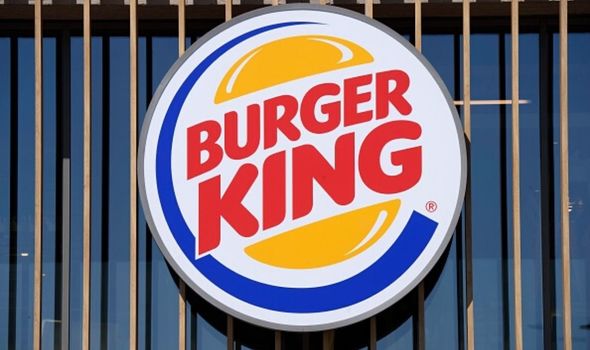 Can I order Burger King to my home?

You can’t go into a Burger King store, but you can get your Whopper meal delivered to your front door instead.

You don’t have a pick of the entire menu, but classics like the Chicken Royale and Bacon Double Cheeseburger will be available.

You will only be able to order food from the active stores, so it’s bad news if you don’t live in Bristol, Coventry or Swindon.

Katie Evans, marketing director at Burger King UK said: “We hope that re-opening these restaurants for delivery services goes some way to lifting our customers’ spirits in these difficult times.” 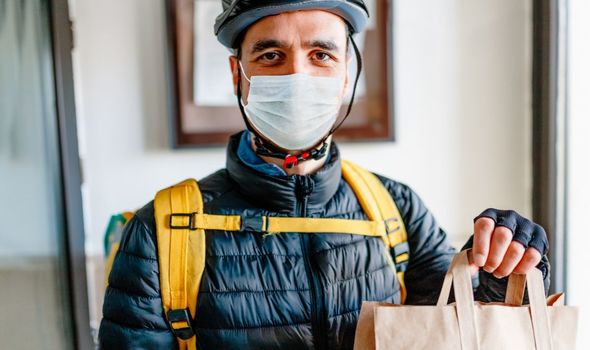 How to get Burger King delivered to your home

You can order your favourite meals through food delivery apps, including Deliveroo and Just Eat.

Don’t worry, the drivers have been trained in offering you a contactless delivery service.

You can track the driver through the app and watch their journey, so you will know when they are close.

You will also know when the driver has delivered your meal even if they don’t ring the bell, thanks to the tracking device on the app.

The driver will simply leave the meal on your doorstep and stand at least two metres away while you pick it up.

Don’t worry about the risks associated with paying with cash either, you can pay by card on the apps.