GLENN MURRAY has been seizing the day on lockdown by teaching LATIN to his daughter.

Much of the Brighton striker’s time without football has been spent homeschooling his seven-year-old while the schools are closed. 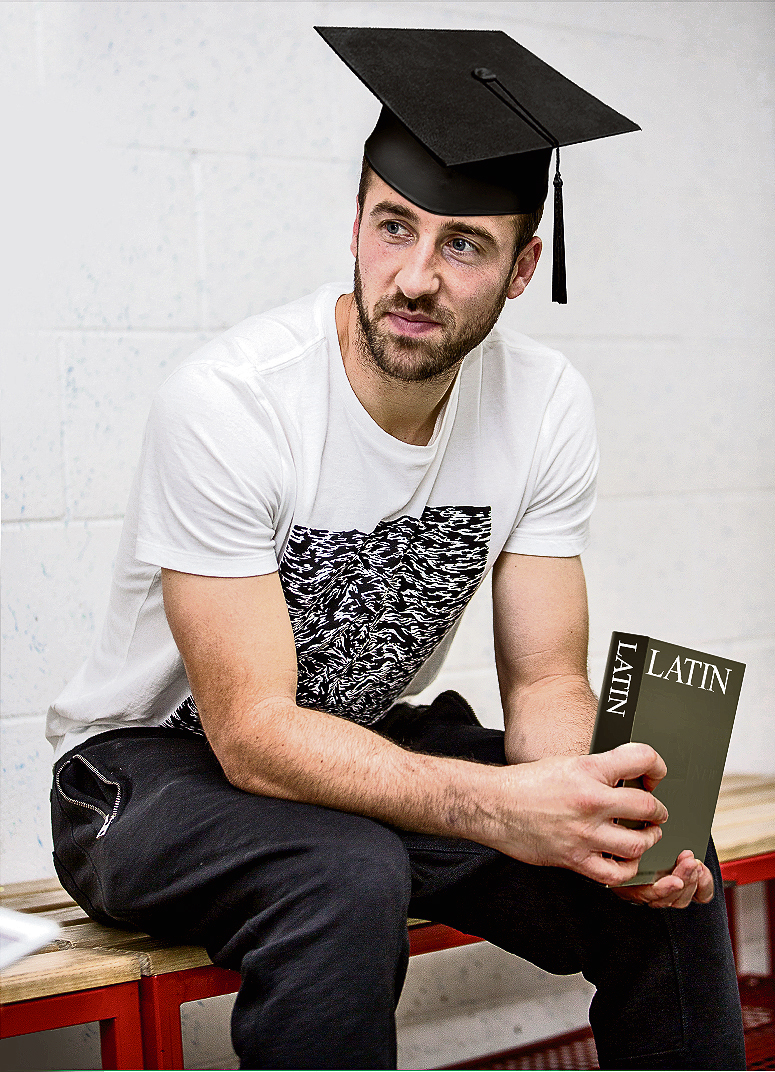 And that has seen the 36-year-old centre forward grapple with words from one of the world’s most ancient languages.

Asked if he had picked up any new hobbies during the current hiatus, Murray replied: “Apart from becoming a science, English, maths, Latin and PE teacher? Not much!

“The Latin isn’t too bad at the minute, we’re on very basic stuff like animal names. She’s seven, so I can just about manage.

“We’re on ‘Felis’ which is a cat and ‘Canis’ which is a dog. The ending changes if it is feminine or masculine.
“English has been the most challenging subject.

“It’s been really good for the kids to see their parents regularly.

“I’m sure, on a positive note, a lot of kids will look back on this time with great pleasure and fondness.”

Though Murray may not be comfortable reading classics, he is one of the more erudite players in the Premier League and has been a key part of the Brighton’s squad’s talks over pay deferrals.

Alongside captain Lewis Dunk, the forward has been the team’s representative in those ongoing discussions.

The pair have also played a big role in the club’s Covid-19 fund Albion As One, which has already raised £264,000 to boost cash-deprived charities nationwide thanks to the squad’s generosity.

Seagulls’ players selected a number of Sussex-based charities to send the money to, including those for domestic abuse victims, bereavement care, foodbanks and homeless support.

Yet the two sectors particularly special to Murray are those for health workers and sick children.

He added: “We do a lot with children’s charities Chestnut Tree and Rockinghorse in general but I think a lot of their funding has hit the buffers with the current predicament we’re in.

“They’ve always got fundraising ideas going on but a lot of them have been cancelled. Those guys are struggling so it’s good to help them out.

“My sister-in-law works in the NHS, not in the Covid ward but up in the kids’ section up at Brighton which in itself is fantastic. It’s close to our heart as a lot of our fans are up there.”

Murray has been part of Brighton’s initiative to ring season-ticket holders aged over 60 to keep their spirits up during this tough time. 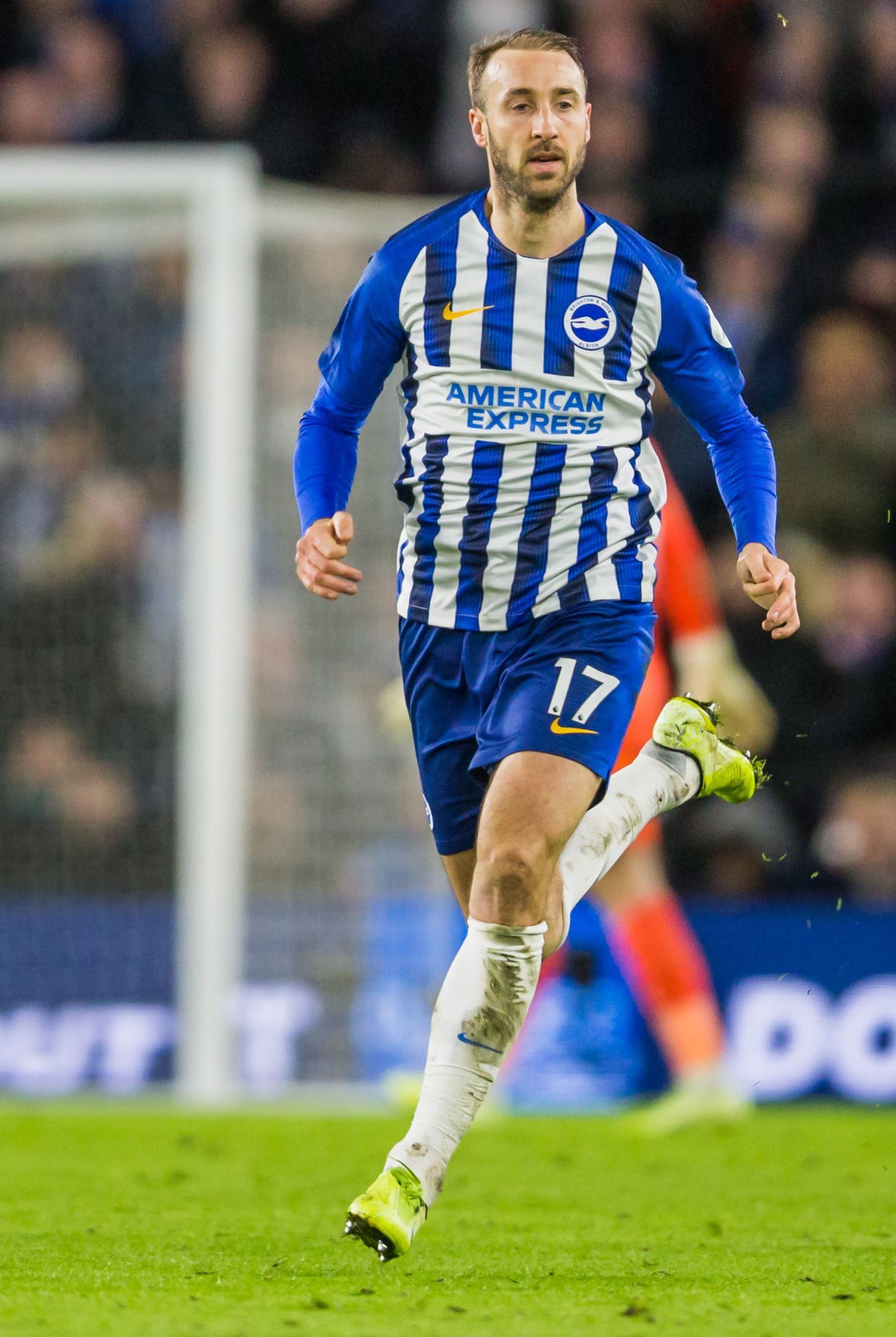 Yet one particular phone call did not go as planned. He explained: “One fan didn’t pick up for the first seven times I called.

“Eventually his wife answered and he was busy doing the gardening so I’m still waiting to speak to Keith!”

But the former Barrow and Carlisle star insists he will back whatever decision is made – and is hopeful the lower leagues, which made him, will be in the same shape after the pandemic as they were before.

‘Carpe diem’ (‘Seize the day’). Sage advice for those struggling for motivation in these times, but ‘carpe vinum’ (‘seize the wine’) may be more fitting.

‘Acta non verba’ (‘Deeds, not words’). With all the bluff and bluster going on right now by our football bigwigs, we must remember that it is their actions that actually count for anything.

‘Non ducor duco’ (‘I am not led; I lead). With authorities dithering, many players and clubs have taken matters into their own hands in how to handle this crisis with Brighton leading the way.

‘Ad astra per aspera’ (‘Through adversity to the stars’). The memorial plaque to the astronauts killed on Apollo 1, it is a positive message that good things can come from hard times.

‘Ad meliora’ (‘Toward better things’). Amen to that during this horrific period we’re living through.

Brighton’s second-highest all-time goal scorer added: “There’s going to be lots of bumps in the road after this has all blown over and hopefully we won’t lose clubs.

“The lower leagues are a breeding ground for young British talent. It gave me the opportunity to learn my trade and I’ll always be thankful for that.

“When will football resume? Will it resume? I’m not sure.

“At the minute I’m not sure how it can continue. But that’s above my pay grade. It’s for the bigwigs to sort out.

“They’re my views on it but obviously if the league does resume I’ll be 100 per cent behind it and willing and excited to play football.

“I’ve missed it, I think we’ve all missed it, and it will give people something to watch that is actually happening right now instead of constant reruns.”